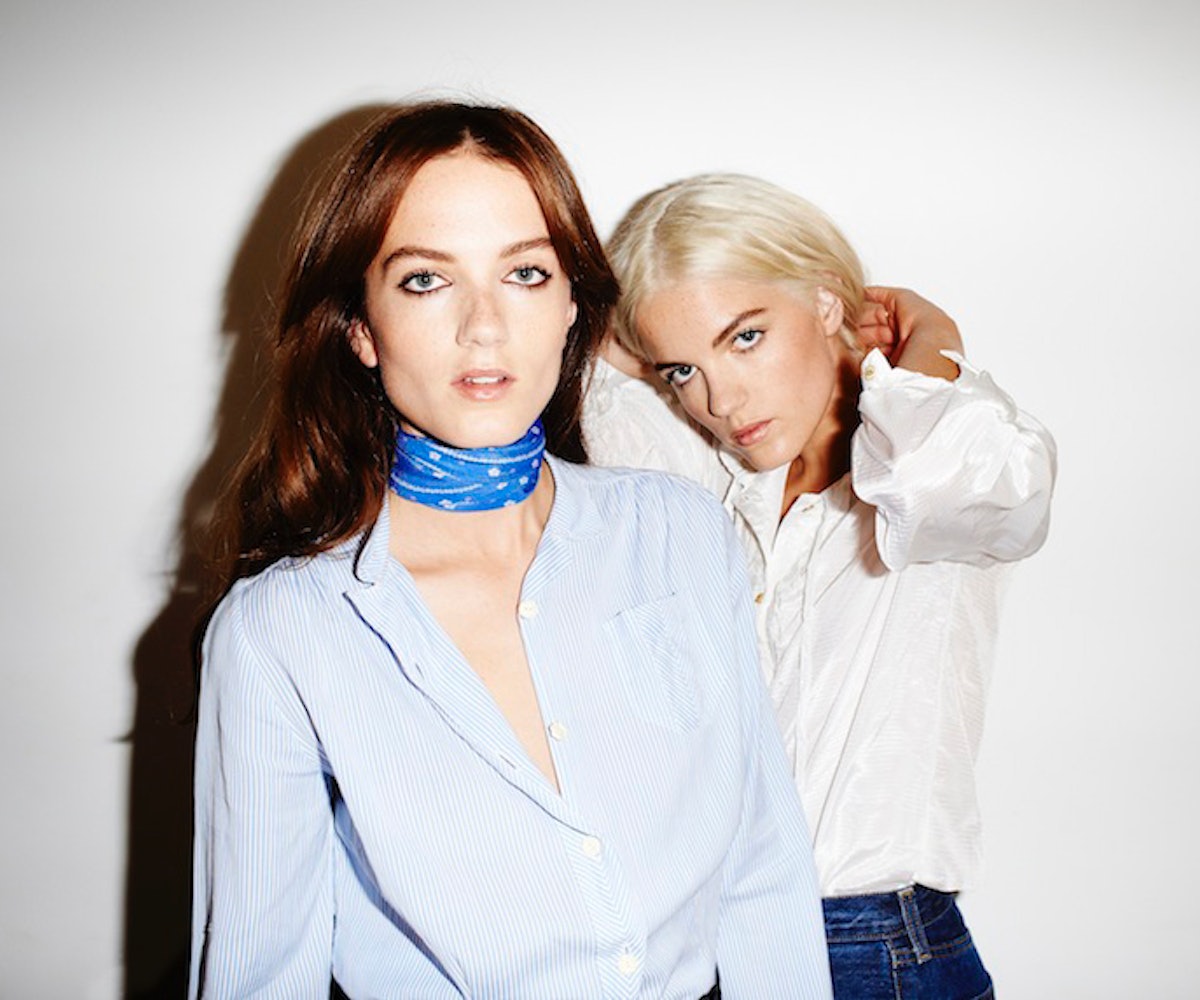 The Olsens might have the whole twin sister thing on lock, but even Mary-Kate and Ashley need to make room for another set of twin breakouts about to invade popular culture. Meet Say Lou Lou, the Swedish/Australian duo busy taking over the music world, one dreamy anthem at a time.

Miranda and Elektra Kilbey initially crossed our radar back in 2012 with their woozy, electro-laced single "Maybe You." But after a slight name change ("Our original name was Saint Lou Lou, but we changed it to Say Lou Lou after a run-in with German trademark law," the girls recall) and a handful of follow-up tracks, they've landed themselves a spot on the BBC's Sound of 2014 Long List.

Considering last year's nominees included Chvrches, AlunaGeorge, and the winners, Haim, the recognition doubles as a diving board that's guaranteed to propel them onto playlists everywhere. Not that they'll need any help in that department, though. Singles like "Julian" and "Better in the Dark" weave together space age-sounding beats and melodies so delicate, close your eyes and you can practically drift away.

The video for "Better in the Dark" dropped yesterday, and its retro filter and melancholic close-ups fit the song's message perfectly--think secret love romance, complete with a seriously covetable wardrobe. According to the Kilbeys, "it tells the story of two lovers whose relationship does not seem to stand the trial of existing out in the open, and continues to exist only at night." This juxtaposition of ethereality and somberness is sure to pop up on the twins' upcoming album, out next year.

While the girls joke that they fight all the time and "it can be quite liberating to have someone to lash out at when you're stressed and angry--like a punchbag!" they say the benefits of working with family outweigh the drawbacks. "Being identical twins, we are very much in-sync and work very quickly and efficiently. In the studio, ideas spring to life very rapidly, and die just as quick if needed, because we are always on the same page creatively," they explain. It's all a learning experience, after all.

Other tips they've picked up on the road? "Wear comfortable shoes...and we don't wear lipstick anymore because it smudges all over our faces and the mic." Budding music stars...they're just like us?

See the video for "Better in the Dark" below, and listen to more