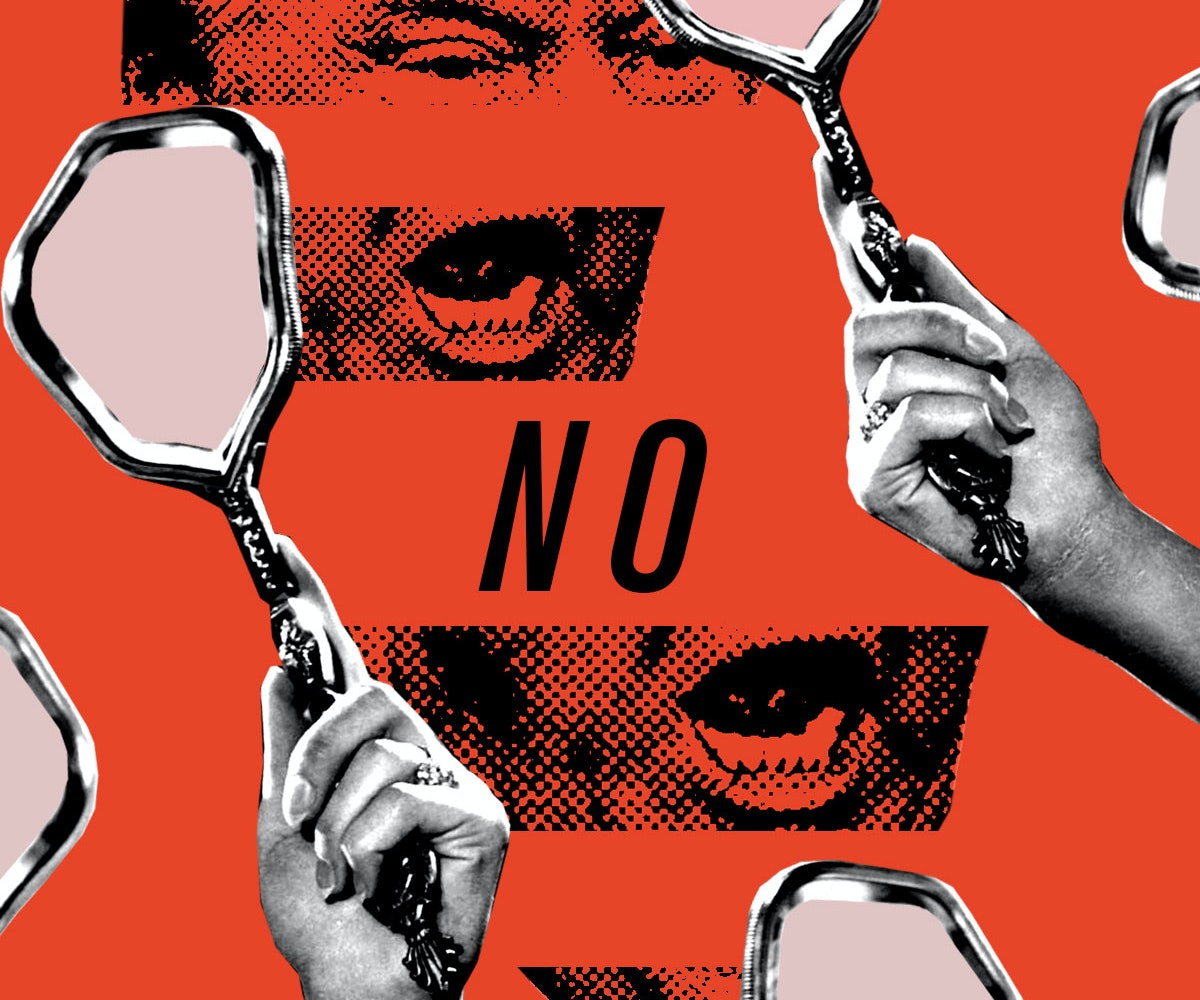 It's hard to pick just one word to symbolize the tumult and turmoil that have defined the past week. Grief, anger, despair, disbelief... all have flooded my—and the collective—consciouness as the nightmare of a Trump presidency solidified into a reality. And yet the word that keeps coming up, again and again, is "normal." Or, rather: "Normalization."

Even before the election, the dangers of normalizing Trump were in evidence. From the time Trump hosted an episode of Saturday Night Live to when Jimmy Fallon giggled while ruffling Trump's hair on the Tonight Show (what's good, NBC), there was plenty of fear that the then-nominee for President was being intentionally made more palatable by the powers that be in order to make what was by all objective standards an extraordinary electoral year seem ordinary. There are reasons to do this: If a contest seems to lack balance, if there appears to be a clear and obvious winner, people will not be engaged—and they certainly won't be watching or reading the news. So there are reasons, but they are morally indefensible.

And then following the election, the normalization of Trump has continued. The President-elect earned himself a People magazine cover, despite the fact that People had recently published a staffer's account of her sexual assault at the hands of Trump. The Huffington Post, which used to consistently publish editor's notes at the end of every article about Trump calling him a racist, has abruptly stopped doing so, now that he is President-elect. Several New York Times op-ed columnists wrote conciliatory pieces saying things like Trump's opposition should "buck up" or advising readers on how to "adjust." Even popular vote winner Hillary Clinton, who has been told that sending her to jail would be Trump's top priority in office, and President Obama, who has spent the last eight years fending off racist attacks on his character, have struck tones of deference to Trump, calling on Americans to give the man a chance before judging him too harshly.

The reasons for normalizing Trump post-election are abundant and particularly sensible for those already entrenched in positions of power within the establishment. Normalizing Trump means there will be a better chance for stability, for the currently oft-invoked "peaceful transition of power." Normalizing Trump means there will be a better chance that the famously erratic businessman can be persuaded to act rationally once he takes office. (After having a sustained meeting with Obama for the first time ever, Trump left singing the president's praises and saying that he might not repeal the Affordable Care Act after all.) To many of the people who are attempting to do so, normalizing Trump means neutralizing Trump, and that is, theoretically, an unquestionably good thing to do—and just as unquestionably impossible.

The important thing to remember while Trump is busy being normalized (which, if there's anyone inherently less normal than a billionaire megalomaniac who lives in a gold-festooned apartment in a tower high over New York City, I would like to know about it, if not actually know him), is that the larger problem here isn't about making one atypical man seem like he's typical; rather what is risked by normalizing Trump is normalizing the hatred that he represents and that he has encouraged over the course of his campaign.

In the scant week since Trump was elected, reports of bias-based attacks have sharply risen. The Times reports:

In New York, men shouted, “You’re next!” at a black policewoman, making shooting motions with their hands. In California, a high school student told a classmate, “You support Trump? You hate Mexicans!” before throwing her to the ground and hitting her. Online, anonymous users wrote on Twitter, “Just reported you to ICE. Expect a van at your door tomorrow” to illegal immigrants.

This follows a yearlong trend of a rise in U.S. hate crimes against all groups, with the F.B.I. reporting that "attacks against American Muslims surged last year," and are what drove the increase in crimes "including assaults, bombings, threats, and property destruction against minorities, women, gays and others." While the data does not place blame for this rise on any one factor, it is impossible to ignore the fact that the last year and a half has brought an onslaught of racist, xenophobic, misogynist, and blatantly anti-Muslim diatribes by Trump and his supporters. It is impossible to ignore that Trump routinely dismisses behavior like sexual assault as nothing more than mere "locker room banter." It is impossible to ignore that one of Trump's first presidential appointments was naming Stephen Bannon, a known white supremacist who ran a website that hosts articles titled "Birth Control Makes Women Unattractive and Crazy” and “Hoist It High and Proud: The Confederate Flag Proclaims a Glorious Heritage”, as his chief White House strategist. It is impossible to ignore that a victory party for Donald Trump is being planned by the Ku Klux Klan, a group which has symbolized hatred, oppression, and terror for more than 150 years.

Normalizing Trump is normalizing hate in a way which hasn't been done in such a public way in America since the segregationists made what then appeared to be their last stand during the Civil Rights movement in the 1960s. There have, of course, been many times when hate and fear ruled in the way some Americans treated each other—at the height of the AIDS crisis, homophobia was such a driving force that thousands upon thousands of people were diagnosed and died before proper attention was paid to their plight; xenophobia and racism conspired during World War II and resulted in more than 100,000 Japanese-Americans being placed in internment camps during the war years; an anti-Communist fervor in the 1950s resulted in a national witch hunt for anyone with socialist leanings.

The normalization of hate is nothing new in America, systemic racism and sexism are evidence of that, but it is its very familiarity which stands as all the more reason for all Americans to be vigilant about its rise right now. Because make no mistake, the rise of Trump is a direct indicator of a rise in hate. And hatred—the pure, virulent, logic-defying strain which seems to now infect so much of our populace—should never be normalized, lest it infects our institutions even further. So say no to the normalization of Trump, even if it comes from the hands of people for whom you have great respect, and say no to the normalization of hate. Even if its effects feel subtle at first, its impact will be profound, long-lasting, and devastating to the world you thought you knew and the one you still want to have.