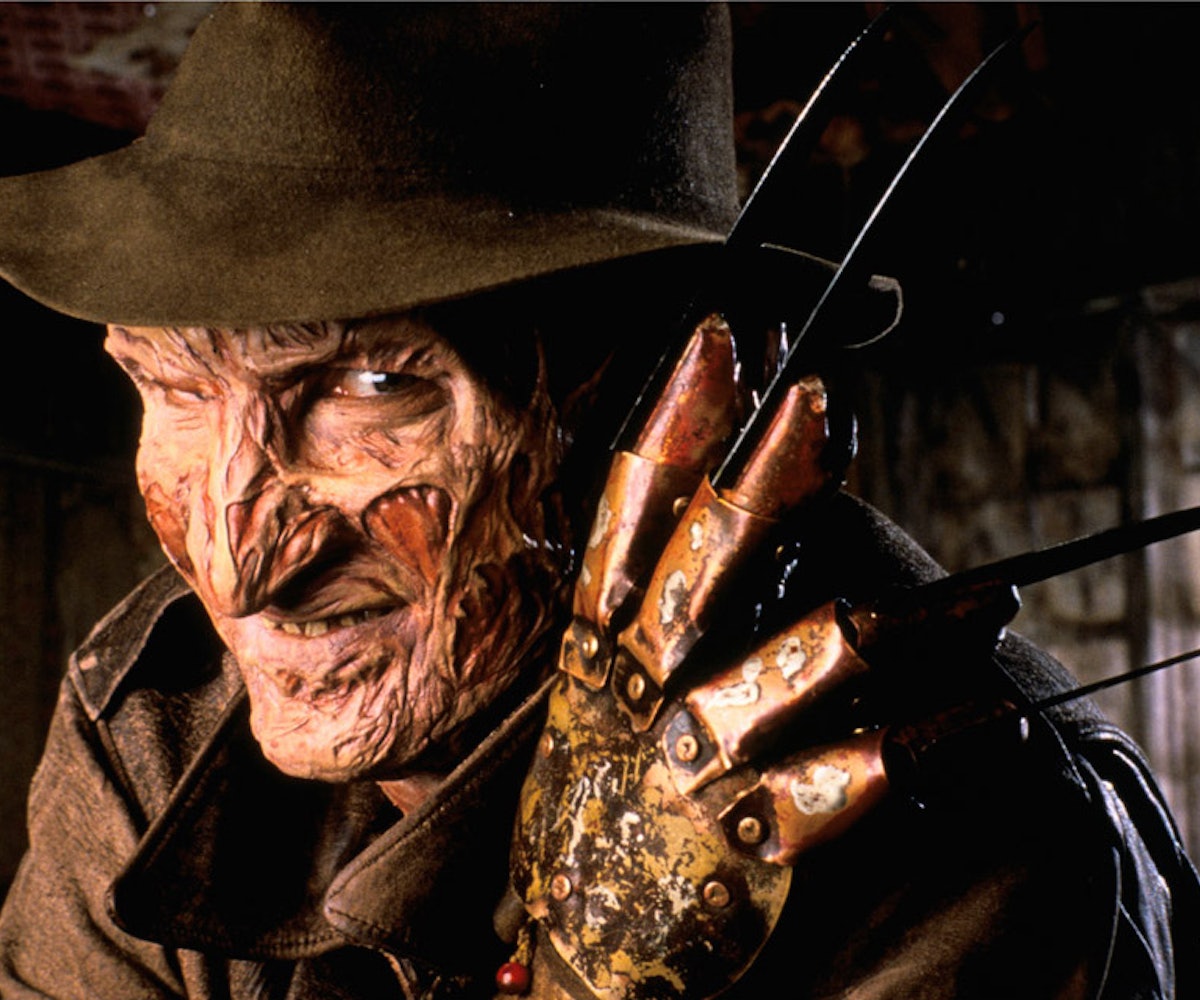 We’ve delved into the scariest movies of the last 15 years and the most frightening films available on Netflix this month. But counting down the most terrifying things to ever hit the big screen has been a bit beyond our pay grades, until now.

Thanks to Redbox, we’ve got a handy list of what their viewers think are the scariest films of all time, and it’s really, really solid. According to results of a poll of almost 1,000 customers, the most terrifying flick ever is The Exorcist, followed in order by 1984's A Nightmare on Elm Street, The Shining, the original Halloween, and Silence of The Lambs. Hard to argue, right?

The survey also revealed that more people like scary films than we ever thought (57 percent!), that over half of all those quizzed will be watching a horror film this October 31, and that 92 percent prefer to take in their cinematic frights with at home with the lights off (just like us!).

Interestingly, about half of all respondents will not watch a scary movie alone and tend to stay spooked long after the final credits roll. Also, almost one in three have turned a movie off because it was just too frightening. Cowards. Oh, and who’s the most terrifying person to ever appear on screen? That would be Mr. Freddy Krueger who’s looking at you from right on top of this post? Feeling nervous?

NEXT UP
Culture
Jeremy Allen White Has At Least Four A24 Scripts on His Desk
Culture
Aubrey Plaza Directorial Plans Involve Filling The “Female Tim Burton Spot”
Entertainment
Caroline Polachek Announces Album ‘Desire, I Want To Turn Into You’
Entertainment
Everything We Know About SZA's New Album