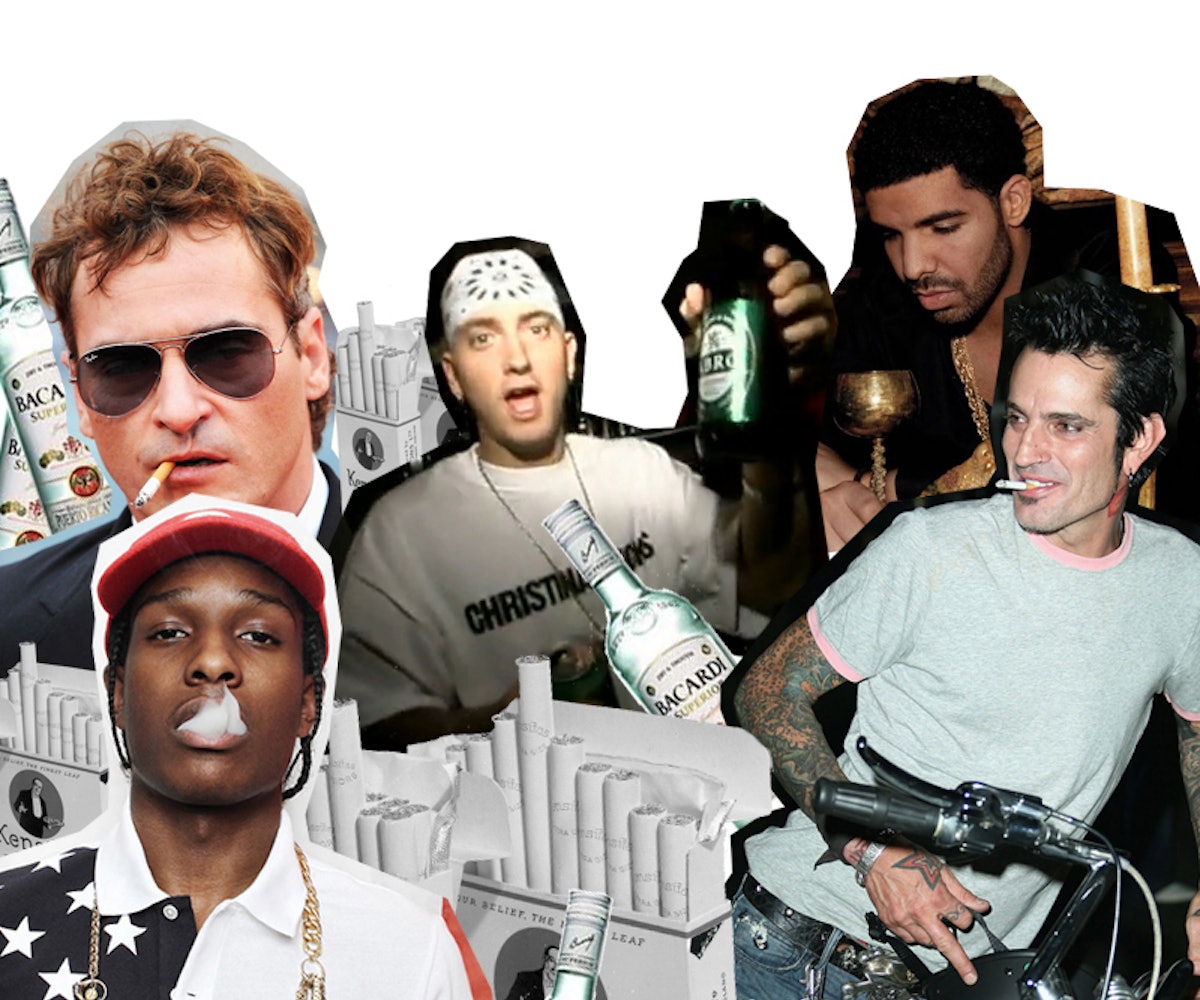 Collage photos via Getty Images
by Sydney Gore
May 10, 2016

The laws of attraction are a bunch of theories that are more or less garbage, but science is proven fact. Apparently, women can't help that they're so attracted to men that smoke and drink. In a study titled "The Young Male Cigarette and Alcohol Syndrome," researchers concluded that women perceive men who “smoke cigarettes” and “drink” as more attractive short-term romantic partners.

Published in the Evolutionary Psychology journal, approximately 239 Belgian women between the ages of 17 and 30 participated in the study. After reading miniature profiles on a selection of men—smoking and drinking were included in the list of habits—the women were prompted to evaluate the attitude of each man in terms of love, danger, and risk-taking. The last task was to rate the men's suitability as a long-term (committed relationship) or short-term partner (brief fling, one-night stand).

Lead researcher Eveline Vincke found that sex appeal was connected to the risk factor of each man, determining that this particular behavior can operate as a “mating strategy” for males in the short-run. Women viewed men of this nature as more "sexually open" than those that did not partake in either of these optional thrills.

During the follow-up study, 171 Belgian men were asked to analyze their smoking and drinking habits in relation to their attitude regarding sex—the drinkers were less inhibited sexually whereas the smokers were more interested in short-term relationships. Through this research, Vincke confirmed that "men’s behavior corresponds with women’s perceptions.”

In other words, don't blame yourself for being attracted to bad boys—your taste in men is most likely a scientific flaw that can't be tamed.