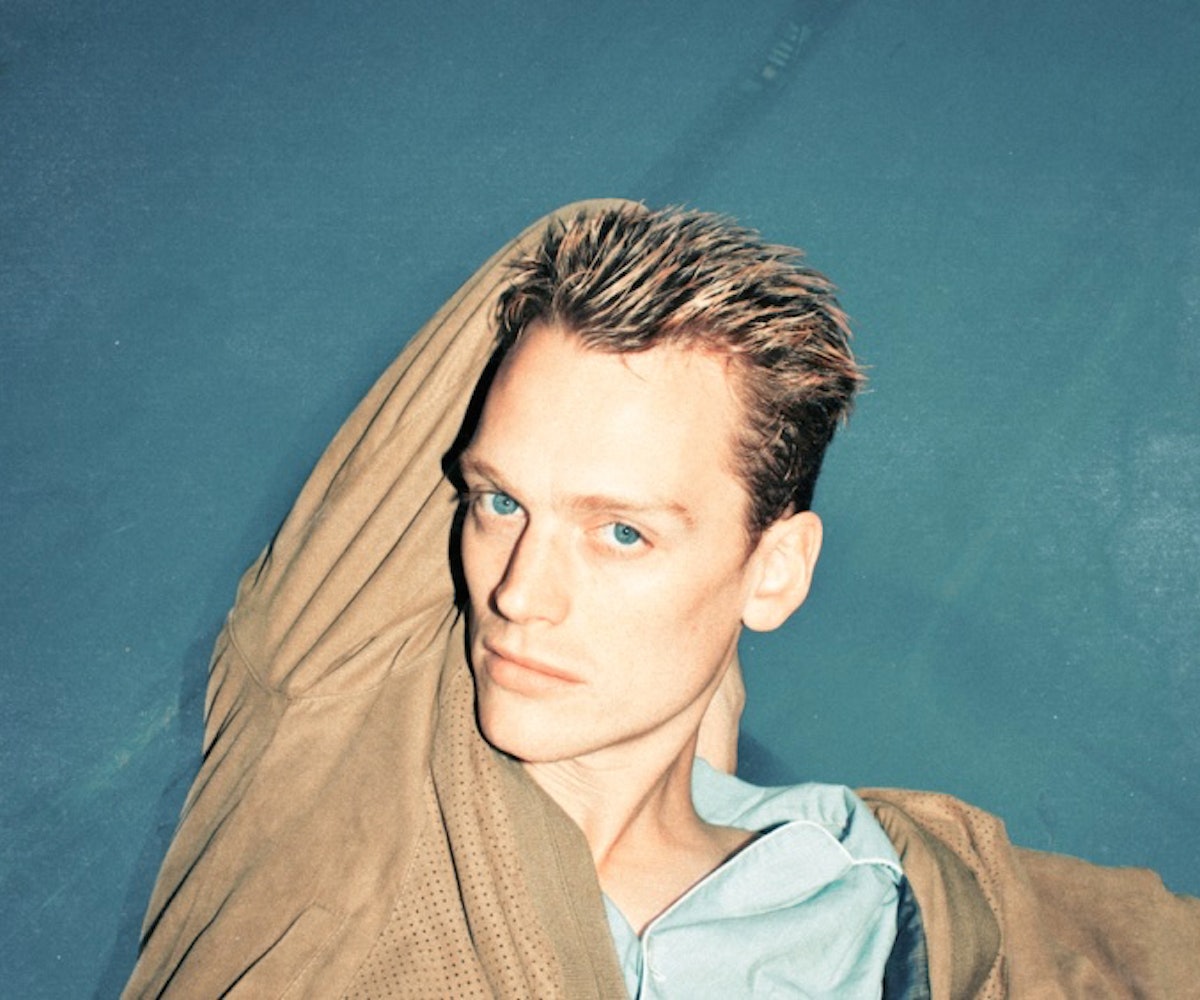 Whatever world Sean Nicholas Savage inhabits is light years away from our own. The Montreal-based songsmith was in a state of terminal chill when we Skyped earlier this summer, munching on raw vegetables as he laid out the extraterrestrial origins of his latest album, Other Death, out now. The beauty of a Sean Nicholas Savage album is that you know what you’re getting: plaintive vocals, ‘70s soft rock guitars, and oodles of lovesick poetics. On Other Death, however, he’s slightly shaken up the formula, with collaborations with current Canadian scene darlings TOPS and retro disco-lover Nite Jewel, alongside instrumental contributions from members of Blue Hawaii and Doldrums. The result is intimate, funky, and elegant. We managed to get Sean’s unique take on how it came to be. Warning: dream aliens were involved.

In 2013, you put Other Life. Is Other Death a companion piece?

It’s like a comeback. Not a comeback album, but to an insult or something. I did it to Other Life because that’s one of my more well-known albums rather than Bermuda Waterfall, the album before.

Bermuda was pretty dark and heavy, but despite the title Other Death is a lot lighter. Were you tired of making depressing music?

No. I didn’t think Bermuda was so depressing, just deep, but it wasn’t an option to do that again. Being so sincere, you can’t keep doing it. I believe in shallow and deep, and I’ve done deep.

Throughout your musical career you’ve been very forthright and direct in your emotions. Has that always been easy for you?

Because it’s an album and you’re sharing it with the world and you’re going to go around playing the songs, you don’t want to shoot the breeze. Even just making music is pretty intense for me, especially when it’s good. It doesn’t have to be a dramatic thing, but it’s notable. I’m a pretty sensitive guy.

Other Death is your eleventh album since 2008. How do you stay fresh?

I don’t feel very fresh at all. I haven’t felt fresh in a long time. Very, very moldy. I was making records as a format when I was a teenager so I made a billion albums. The numbers don’t mean anything to me.

On the cover you include a poem about ice melting into water, its truer form. What do those lines speak to?

It’s just the death concept of the title. I tried to put the poem right on the cover so when people see it they get that. It’s just about burning things up. Other Life was like, “Oh, it’s hard but it’s gonna be ok.” The concept of Other Death is about not giving a shit and burning it. One’s about having a hard time and one’s about feeling strong. I had a dream and there was this superstar from another world, who was 17 years old or something, a very, very beautiful alien. He had big fish eyes, black pupils. He was giving this speech about what drives him, his reasons to live. He had three poems about the same thing, but I only remember the last one, and it was that poem, verbatim. When you’re ice, you don’t know you’re water, just like life and death. It’s a purity thing.

Do you get a lot of inspiration from your dreams?

A lot of my poems come from dreams. Bermuda Waterfall was based on a lot of dreams; this album not so much. In my life, I graduated from being informed by dreams. I live in a dreamier state, so I find dreams less fruitful because I find those fruits in my life.

TOPS and Nite Jewel feature on the album. Did those collaborations stem from focusing more on the world around you rather than your own interior state?

I just recorded this song with Ramona [Nite Jewel] when I was staying with her because we’re fans of each other and we wanted to record with each other. That song is a little bit not my style but I really wanted to put it on the album. It’s kind of hard to collaborate, though. It’s easier to work on your own because collaborating takes up a lot of energy. You can only get so much time to yourself so everyone’s busy. Everyone wants to party all the time so it’s easier to party with everyone instead.

You post so much music on your Facebook page from both friends and strangers. How do you discover such esoteric tracks?

I travel around a lot, then when I’m hanging out with friends in different cities they’re playing different kinds of music, often the same kinds of music because of the Internet. I don’t have really great taste in music or anything. I listen to a lot of cheesy stuff. I’m listening for certain things, like a certain interesting sound, so I’m a really bad DJ because I forget that there’s other shit in the songs. I really like Dean Blunt and Alice Coltrane because I’m into mantras. I’m into punk ideas, and then I also like pop music because I’m a really nostalgic guy and I like simple ideas.

Your discography is massive. Where would you recommend a new listener to start?

I’d leave it to chance, man.

NEXT UP
Entertainment
Taylor Swift Is Revealing The 'Midnights' Tracklist On TikTok
Entertainment
Paramore Finally Has A Release Date For New Music
Entertainment
NCT 127 On '질주 (2 Baddies)': "I Think We’ve Truly Shown Who We Are Now"
Life
Doja Cat's Next Album Is Inspired By 90s German Raves