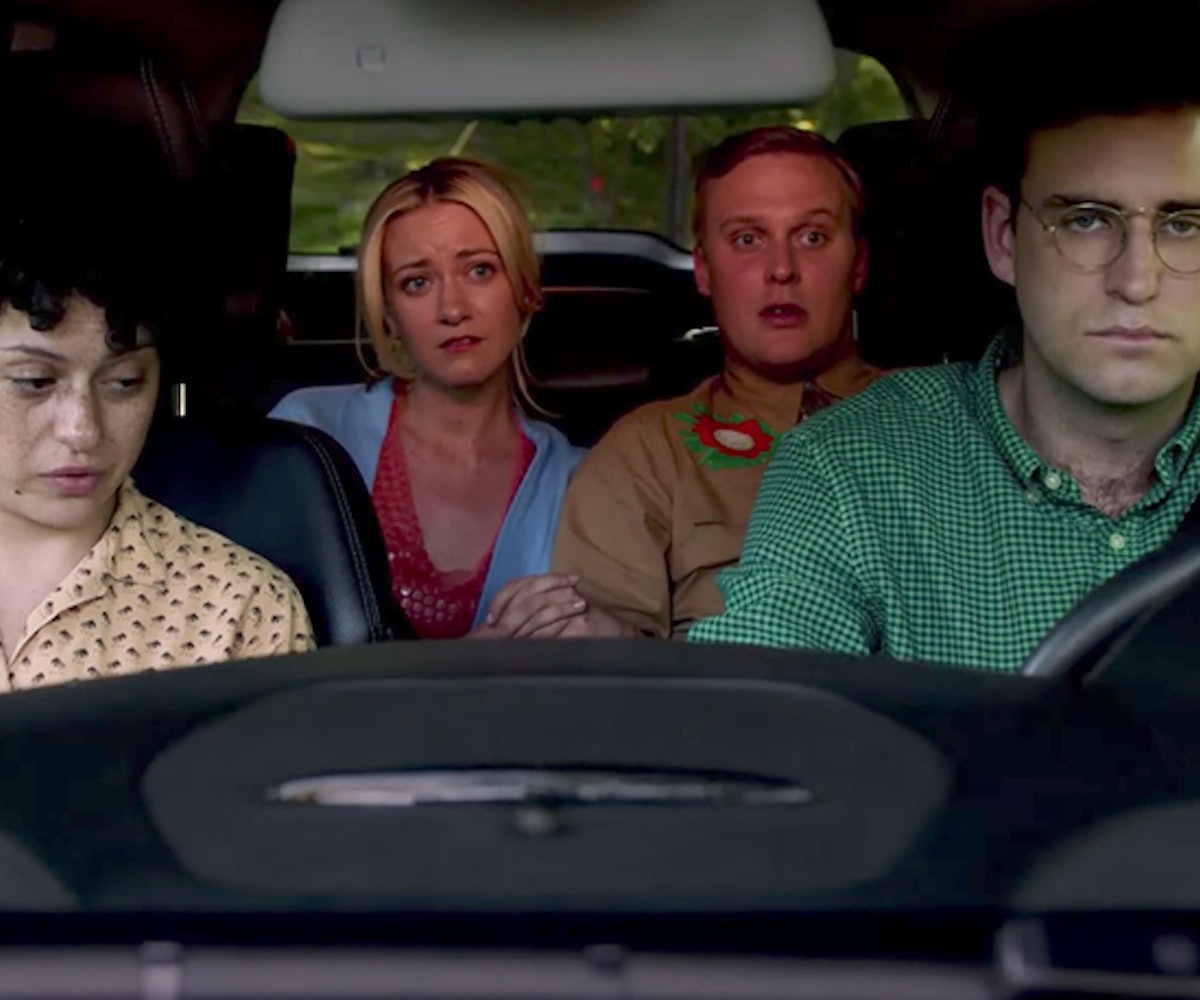 The new official trailer for the second season of Search Party opens with Dory, Drew, Elliott, and Portia riding back to Brooklyn, New York, stunned. They've just killed a man, and they also need to make it back to the city for brunch.

"We're gonna be the only people we know who have gone through something like this," Dory, played by Alia Shawkat, says as the gang decides whether or not to tell anyone about what happened. At the end of Season 1, Dory accidentally kills a man in self-defense, thinking she's going to save her friend, Chantal (Clare McNulty). Only, it turns out, Chantal never needed her help.

"What happened here was a terrible accident," Elliott, played by John Early, argues, "and I don't think we should let it ruin the rest of our lives."

In the clip, we see the group of friends struggle to adjust to normal life. "I need all of us to pretend to be normal, good, non-murders," Elliott says, but it doesn't look like they're succeeding.

Elliott has a breakdown while burying the evidence, someone stages a bloody art performance, Dory loses it at a puppet show, and Chantal is back to ruin everything again.

NEXT UP
Culture
On The List (With Melissa Rich): Is The Party Venue Recession Upon Us?
Beauty
Hailey Bieber’s Glazed Eyeshadow Is Perfect For Party Season
Culture
Pretty Sick’s NYC Show Was A Raucous Party To Remember
Culture
Megan Fox’s Dreamy Vintage Gaultier Dress & More Party Photos You Missed