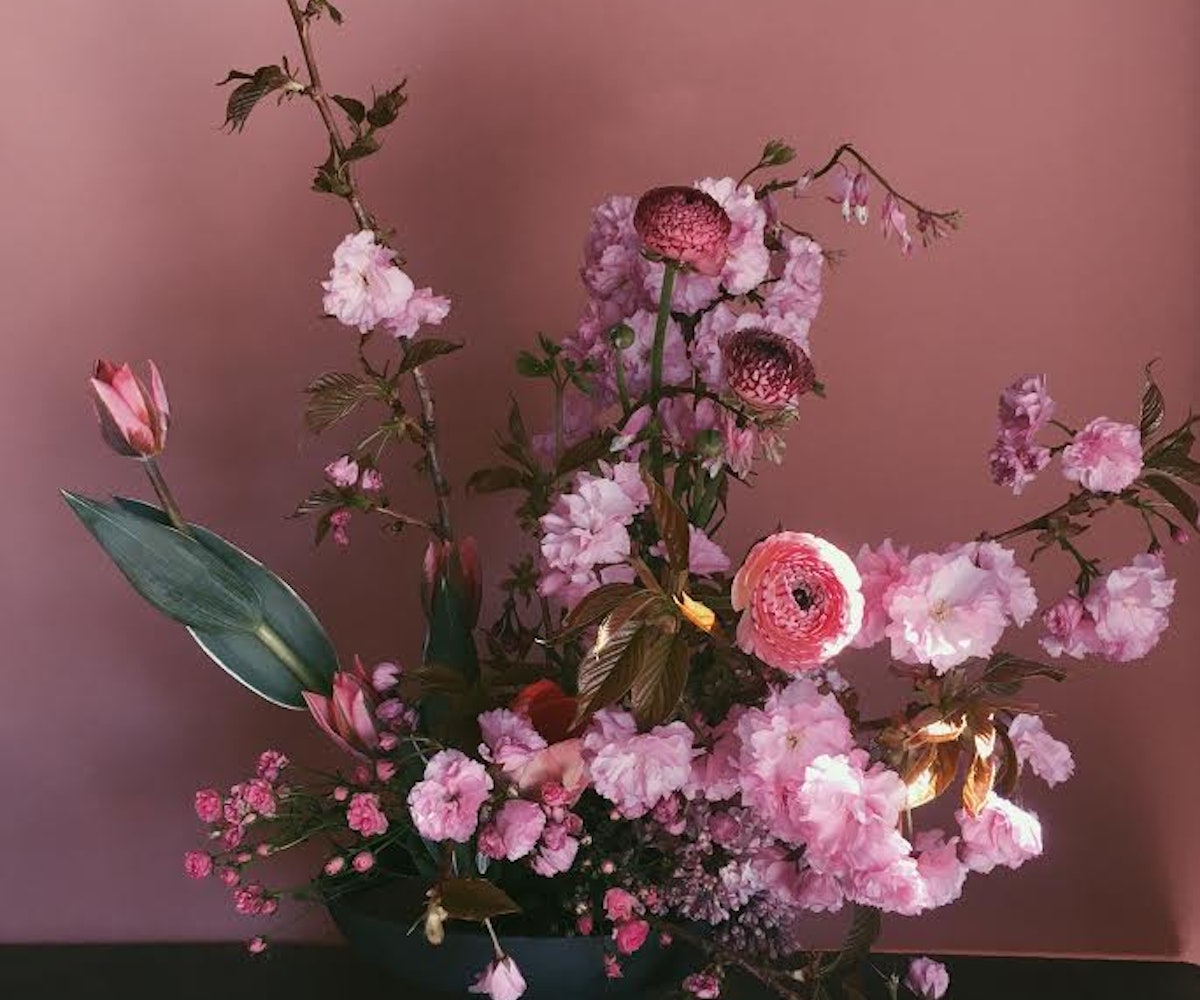 Contemporary communication is efficient, private, and fast. In other words, if we want to send someone a dirty message, all we have to do is text them. But before technology streamlined conversational potential, opportunities to merely speak to someone were limited. If you weren’t sharing physical space with someone, your only option was to send a telegram, a letter, or a gift through the multi-day mail service. But what if you wanted to send your long-distance lover a Victorian version of the present-day eggplant emoji? Basically, you were shit out of luck.

Throughout history, we’ve assigned symbolic depth to flowers. From the sexualization of Georgia O’Keeffe paintings to the rose count of a mail-ordered bouquet, we like to see flowers signify more than they inherently do. Over time, this has meant that each flower species held its own identity, characteristics, and attributes; by giving them personality traits, we elevated their significance. Without all of our storytelling and the help of poetic symbolists like Shakespeare and the Bronte sisters, would flowers be more than just pretty things that grow out of the ground?

But before O’Keeffe indelibly tied flowers to a woman’s sexuality, England's upper class during Queen Victoria’s reign was building a secret language around flowers. It was during this era that explicit and larger meanings were assigned to flowers. While it might not have been appropriate or possible for Victorian lovers to sext, it was common for them to use flowers to convey similarly themed messages.

Most notably, floriography was immortalized in paintings. Have you ever wondered why so many classical artists loved to incorporate seemingly random blossoms into each of their paintings? Sure flowers are beautiful and hold a universal appreciation, but that wasn’t the only reason why painters were keen on them. It was actually all about the ability to tell a story, to send a message, to immortalize a thought. Artists depicted flowers and herbs and plants to spell out secondary ideas that were not immediately apparent to viewers. Victorian painters like John Everett Millais and Dante Gabriel Rossetti were well-known for their usage of floriography. Millais infamously used daisies in his painting “Ophelia” (1851) to depict innocence lost. And Rossetti utilized the symbolism of daffodils to portray a woman suffering from unrequited love in “Veronica Veronese” (1872).

While some contemporary traditionalists have kept floriography alive in paintings, like John Gordon Gauld in his work “Inner Potency” (1999) featuring a hydrangea, the practice is mostly antiquated. Though if you speak to a spirited florist that has a deep-rooted passion for flowers, chances are, they know all about the language. After chatting with the florists at Saipua of Brooklyn, New York, about the fascinating language of floriography, they shared their own message in a bouquet with us, to show how easy it was for people to hide meaning in a beautiful arrangement.

To the unknowing eye, this gorgeous arrangement (seen above) might look like a haphazard, if beautiful, assortment of pink flowers. But if you were to go by floriography, these flowers have a lot to say. Cherry Blossom stands for impermanence, tulips stand for dangerous pleasures, and ranunculuses stand for a radiant charm. Together, this collection of flowers tells a story of love, lust, attraction, and intrigue.

On the other hand, to end an affair, according to the Victorian Flower Dictionary, one might send a bouquet with anemones ("forsaken"), striped carnation ("I cannot be with you"), basil ("hate"), or daisy ("farewell"). The secret meanings behind these flowers is an important lesson to take advantage of the opportunity to read into art, especially of other eras. But also, it's a reminder that even when we might think that our modern form of communication, reliant as it is on emojis, feels reductive or simplistic, it is, in fact, part of a long tradition of communicating without words, and instead relying on symbols as our own secret language.