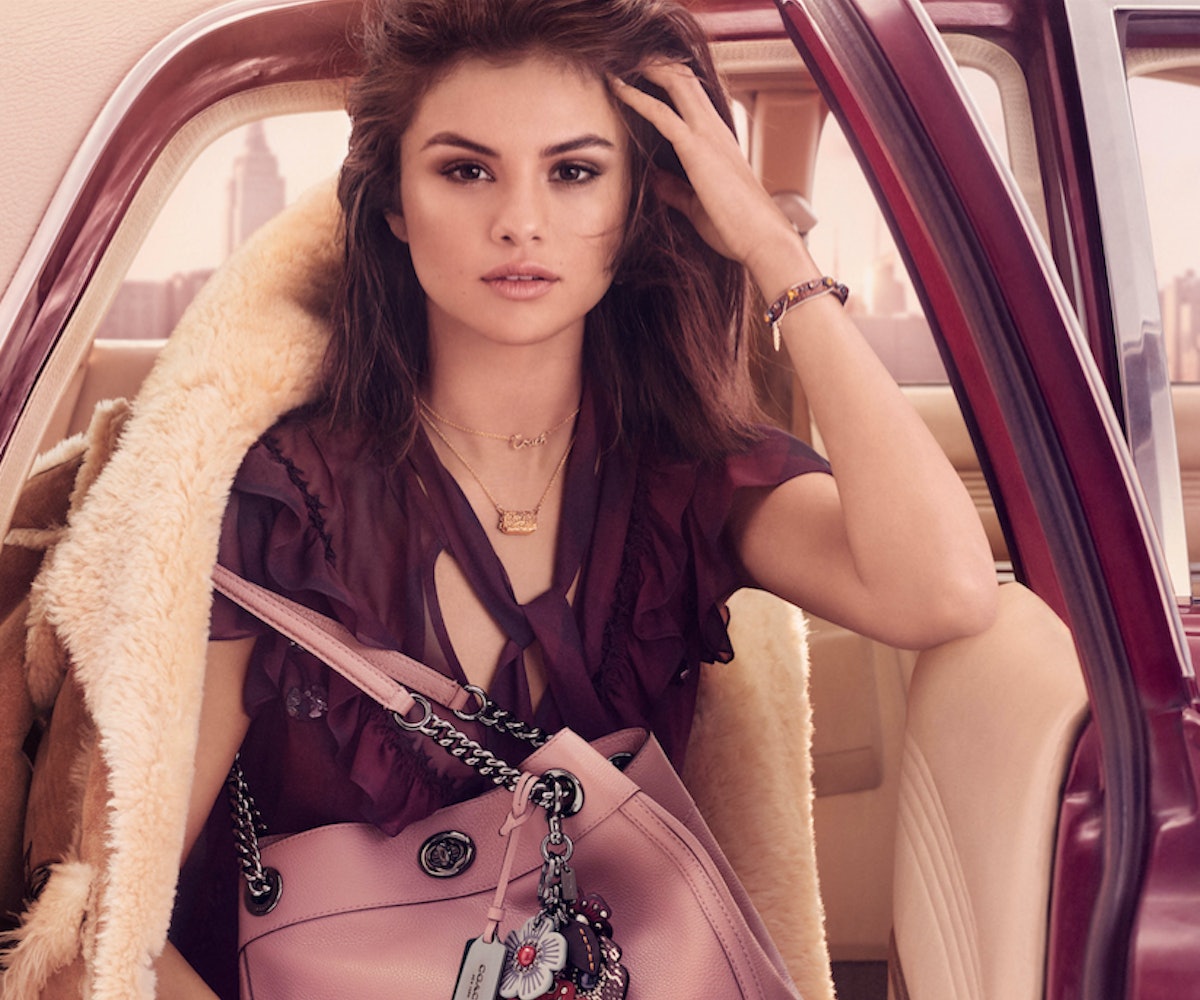 The 24-year-old was declared the face of the design house back in December. And it was rumored she was taking home $10 million in the process (it pays to be the most followed person on Instagram). Well, the images are in for the multimillion dollar endeavor and they show Gomez embarking on a road trip, according to a press release.

Really, it shows the singer posing inside a 1976 Plymouth Fury clutching Coach’s new bags, the Rogue, the Coach Swagger, and the Edie. The brand also has a trio of short films dedicated to the three bags that will show Gomez getting ready for a night on the town in New York City.

A ritzy paycheck calls for a top-notch team, and Gomez got one with Steven Meisel as the photographer and Fabien Baron as the creative director. Pat McGrath is responsible for the makeup, and Guido Palau for Gomez’s windswept hair. Coach’s creative director, Stuart Vevers, spoke about his decision to recruit the singer in a statement, noting, “Selena is a rebel and a romantic, a dreamer and a doer who boldly charts her own course. To me, she speaks to a generation; she connects.”

She truly does. And Gomez has been getting a lot of press away from the fashion world, also. From 13 Reasons Why to her new video for "Bad Liar" and her recent-ish relationship with The Weeknd, she’s keeping everyone guessing as to what she’s going to do next.

Check out images from the campaign below.