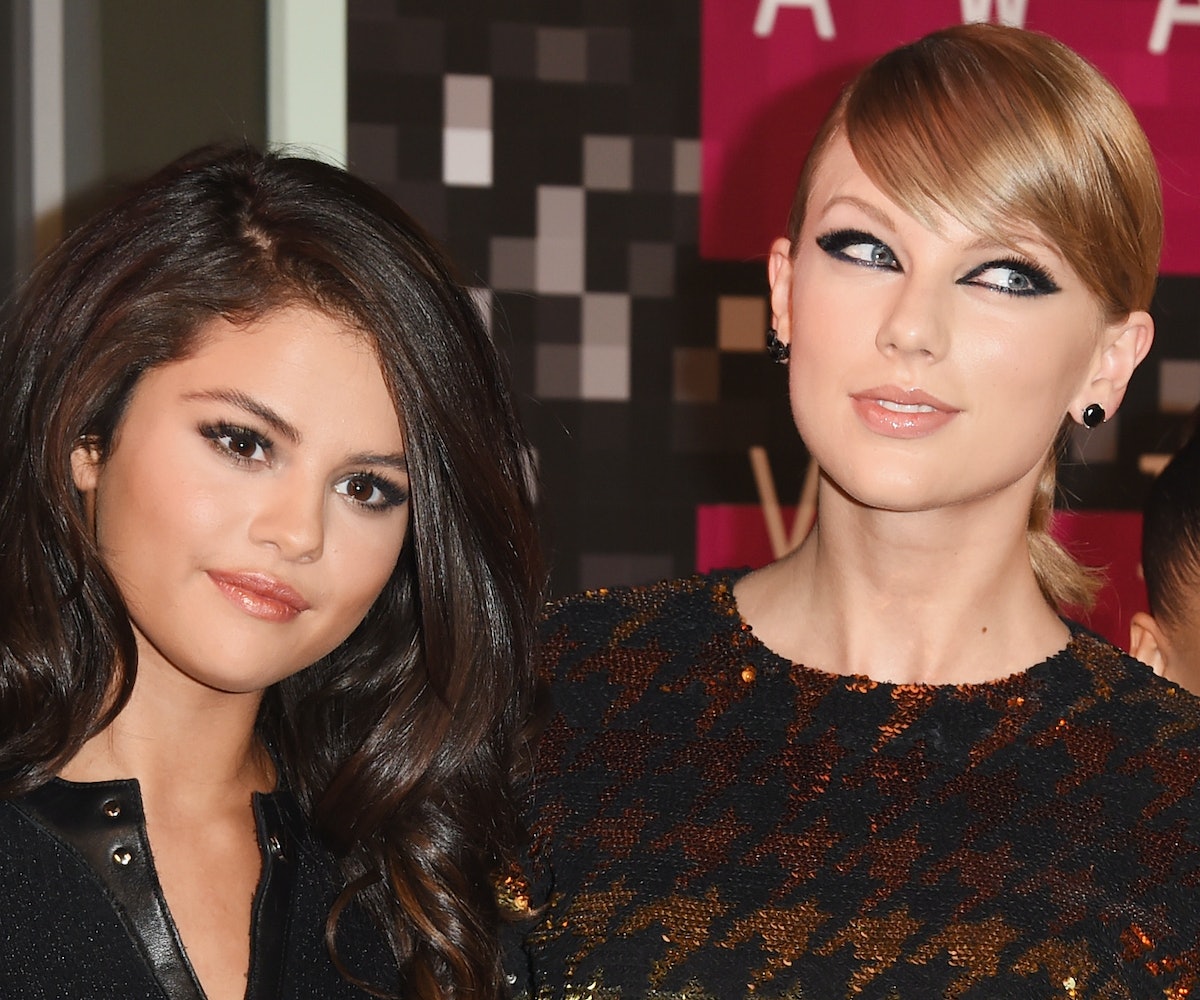 Taylor Swift has yet to respond to Kanye West's controversial new song "Famous," but maybe she doesn't have to. Since debuting the track on Thursday, in which West raps that he "made that b*tch famous," various members of Swift's squad have been coming to her defense. First, Gigi Hadid distanced herself from the song, followed by Swift's brother Austin, whose symbolic trashing of his Yeezys went viral. Even Swift's pal Jamie King had some strong feelings, tweeting “I’m so sad right now & disappointed right now. I stand by my sister. Always.”

Now Selena Gomez is showing her support for Swift in a recent interview with Sirius XM's The Morning Mash Up. "Everybody has their own opinion,” Gomez said when asked about the song. “At the end of the day, you can just do what you do.” Like many who heard the track, Gomez took particular umbrage with West's claim that his crashing of the stage during Swift's 2009 VMA acceptance speech is what made her into the star she is today. “She’s killing it and she kind of always has been,” Gomez added.

There's been a lot of confusion surrounding the lyric's genesis, especially after Swift's people refuted West's claim taht he came to her in advance, and got her personal seal of approval. Until Swift herself speaks on the matter, we may never know how any of it really went down, but we're sure she's writing a future number one hit about it as we speak.