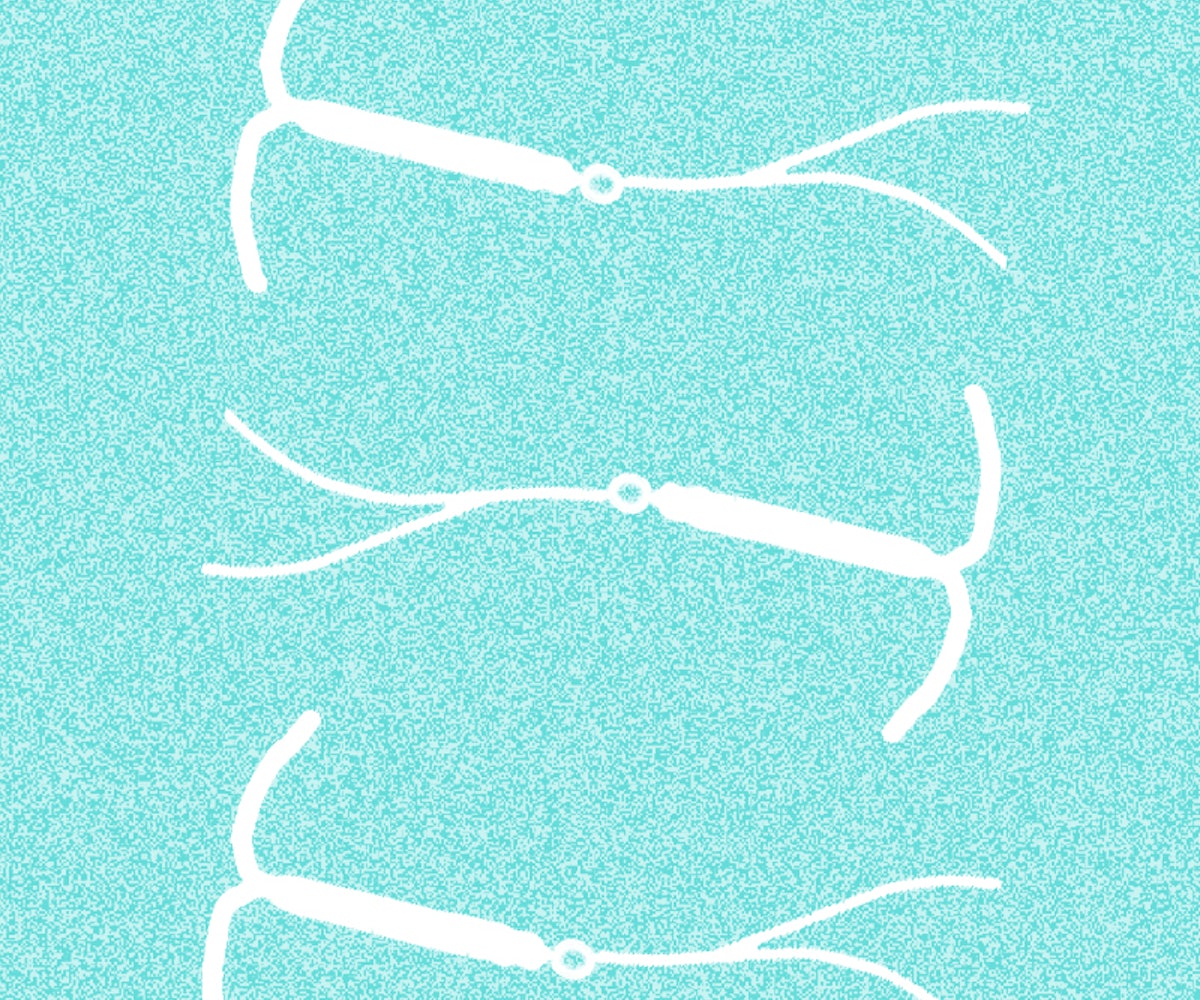 Whether you want to regulate your period, regulate hormones, or prevent pregnancy, birth control is a massive health amenity. With more readily available forms of birth control than ever before, one of the most popular current methods is the IUD (Intrauterine device), whose rate of insertion has doubled in the past decade, according to the Center for Disease Control. Now, scientists are working to make the device even more accessible to women.

As Motherboard reports, a group of public health researchers in India and Stanford University have been developing an IUD that women will be able to insert and remove themselves. (Currently, trained medical providers insert the device in a procedure that lasts around 20 minutes.) Compared to present-day IUDs, the new device has a long, flexible sleeve (to make sure that the device reaches the fundus), a blue flange that stabilizes the device, and an extra-long string that is visible in the cervix after insertion.

They had health providers with no former experience inserting IUDs to attempt to plant them inside of postpartum women. They concluded that the device was safe, and may also reduce the risk of infection when compared to traditional approaches.

The device is not yet available for public consumption. When it will be, it may give more women access to birth control, and also help prevent injury from women creating their own forms of birth control and removing the device unproperly themselves.