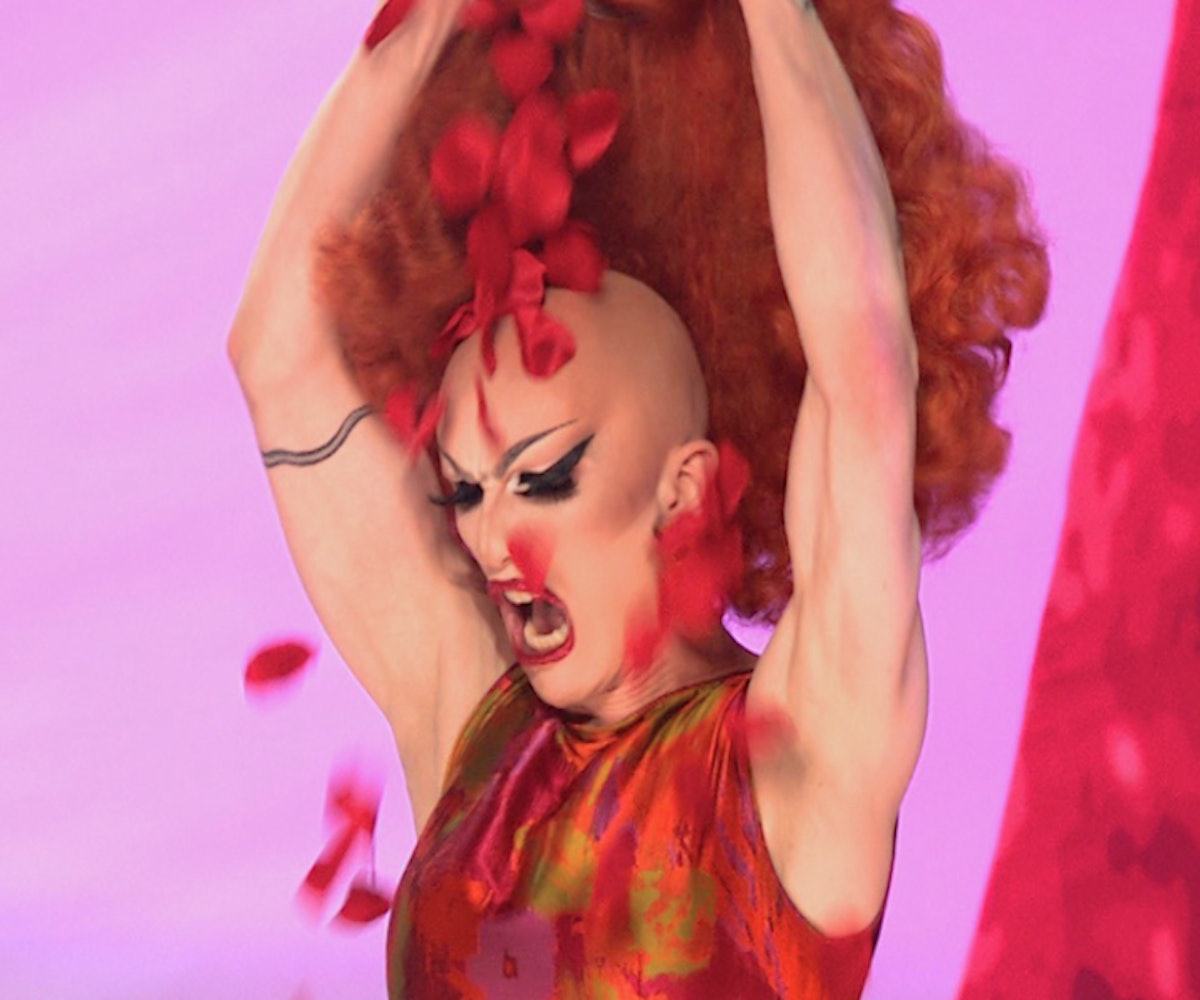 The history of drag is still being written, as the art form takes on new life and explodes in both scope and popularity. While those more familiar with drag approach the medium with a handful of easily digestible tropes, it's understandable that some would feel that this particular style of performance art is deeply inaccessible: What are those people even doing on that stage? And why the hell are they lip-synching?

While some drag artists and performers have absconded from the long-standing tradition of lip syncing and expanded their acts to include a wide range of other elements (circus arts, puppetry, noh and butoh movement, live singing, stand-up comedy, you name it...), lip syncing remains the chosen genre in which many queens, kings, and other non-binary or gender non-conforming artists choose to express themselves. But the question of why remains a compelling one.

Drag began as an art form of female impersonation (the apocryphal story goes that drag was shorthand for “dressed as a girl” in Shakespearean times), and although our understanding of what “female” even means has so vastly shifted, many performers remain committed to this illusion. Before the explosion of more experimental versions of genderfucking and playful interpretations of sexual identity, lip syncing was a way for queens (and kings) to further perpetuate the performative deception.

"Every drag performer should have a good solid lip sync," explains drag king Gary Carmichael. "It's just as important as the makeup, hair, and outfit being on point. All of these components of drag blended together create a good drag performer. Lip sync, hair, makeup, and outfit all should work in harmony to create the illusion."

It's more than that though.

Drag was, for a very long time, predominantly the dominion of gay men and trans women (for whom a properly iterated and socially recognized categorical identity barely even existed until rather recently). Representation of LGBTQ people in the music business and in Hollywood is still woefully lacking today; but we now, at least, have a handful of openly queer people to mimic, idolize, or reject. Long before it was safe to even proclaim one's queerness aloud, gay men had to borrow the voices of women—who many related to far more than the hyper-masculine males of yesterday's entertainment landscape—to both express themselves and idolize. It was female singers, Broadway crooners, and old Hollywood starlets whose music gay men identified with and whose voices they borrowed, in that they said the things gays could be killed for expressing—not only addressing the loneliness and abuses suffered at the hands of men, but also the desire for men that they, themselves, could not speak about.

Today, lip syncing has taken on more nuances and complexities and is no longer limited to binaristic ideas about men and women. Drag performers of all kinds and genders no longer feel relegated to lip-synching music created by a person of the “opposite” sex: "I'm a trans guy, and I get to perform to whoever I want without getting hung up on how I'm presenting my gender that night. It's a way to play around with gender and often poke fun at the construct of it," says drag performer and burlesque artist Mr. Kikkoman.

“Lip syncing in drag is important because it’s oppressed and marginalized people, who may never have had a voice, appropriating someone else’s voice and words to tell their own story,” says New York queen Qhrist with a Q, whose slow, moody performances have quickly become a staple in the city's punk underground. “I think a lot of us form our queer identities through the media we consume—the music, the films, the pop divas we obsess over. We’re constantly making exquisite corpses from pop cultural detritus and building our identities up around that. Drag queens in and of themselves are kind of like Frankensteins—these new bodies we build from pieces of Britney and grunge and old art movies and Forever 21.”

“I think it's a beautiful way to tell a story. Depending on how you choose to perform it, you can change the entire meaning and emotion in a song to fit your narrative,” adds Brooklyn-based gothic queen Angelica Sundae, whose horror-themed lip syncs transform pop songs into moving macabre masterpieces. “In a way, I think it can reinforce gender stereotypes, as in a drag queen performing with overexaggerated 'femme' characteristics. But I also see it as kind of holding up a mirror to people who play into those stereotypes.”

Paired with live video art, high-energy dance routines, clothing reveals, and stripteases, the medium still relies on the voice of another artist to deliver emotions through a complex interpolation involving the performer's body, clothing, and face. At the forefront of a newer breed of multimedia experimentations are artists like RuPaul's Drag Race Season 9 champion Sasha Velour, whose series of drag showcases, Nightgowns, asks the audience to take lip syncing more seriously by taking the performers out of a bar or club and into a theater–often utilizing projections and complex set pieces.

“I see a lot of artists like Vander Von Odd and Chris of Hur doing very interesting things with digital effects... it doesn't always have to be the lips on your face that are lip-synching,” says Angelica.

But as with concerns about the mainstreaming of drag, the idea that lip syncing is also becoming part of a casual audience's repertoire of entertainment is troublesome for a few. Jimmy Fallon's Lip Sync Battle show seems to be the most obvious example of this, draining the form of its emotional tenor and aiming, instead, for cheap laughs. Not that there's anything wrong with cheap laughs, but the quality of the show's performances seem so obviously vacuous that the queens we spoke with were mostly uninterested in offering their thoughts on the program.

“It's fine. But they have no idea what they're doing or how to lip-synch. And they treat it like a dumb parlor game,” says Gloria Swansong, a transgender Manhattan queen known for utterly meticulous Judy Garland lip syncs.

“It's definitely hit the mainstream. I'm waiting for them to realize it can be art and not just a joke. As drag artists push its boundaries, I think lip syncing will become more respected and sought-after,” Gloria continued. “LGBTQ folx know what it's like to have a secret life, a hidden fantasy. Music, traditionally, has given us anthems that help us step out of the secret life and express those hidden fantasies. It only makes sense that we'd create and maintain the art of the sync.”

"I think that lip syncing is dear to the LGBTQ community specifically because it has offered us an escape from those gender roles and heteronormative expectations," echoed Loretta Stoned, whose vulnerable spoken-word lip syncs caused an entire ballroom to burst into tears at the Mx. Nobody Pageant this past summer. "Little queer boys and girls can live their Britney or Gaga fantasy. And grown queer boys and girls can live their... well, Britney or Gaga fantasy. Isn't that the whole point? Escape?"