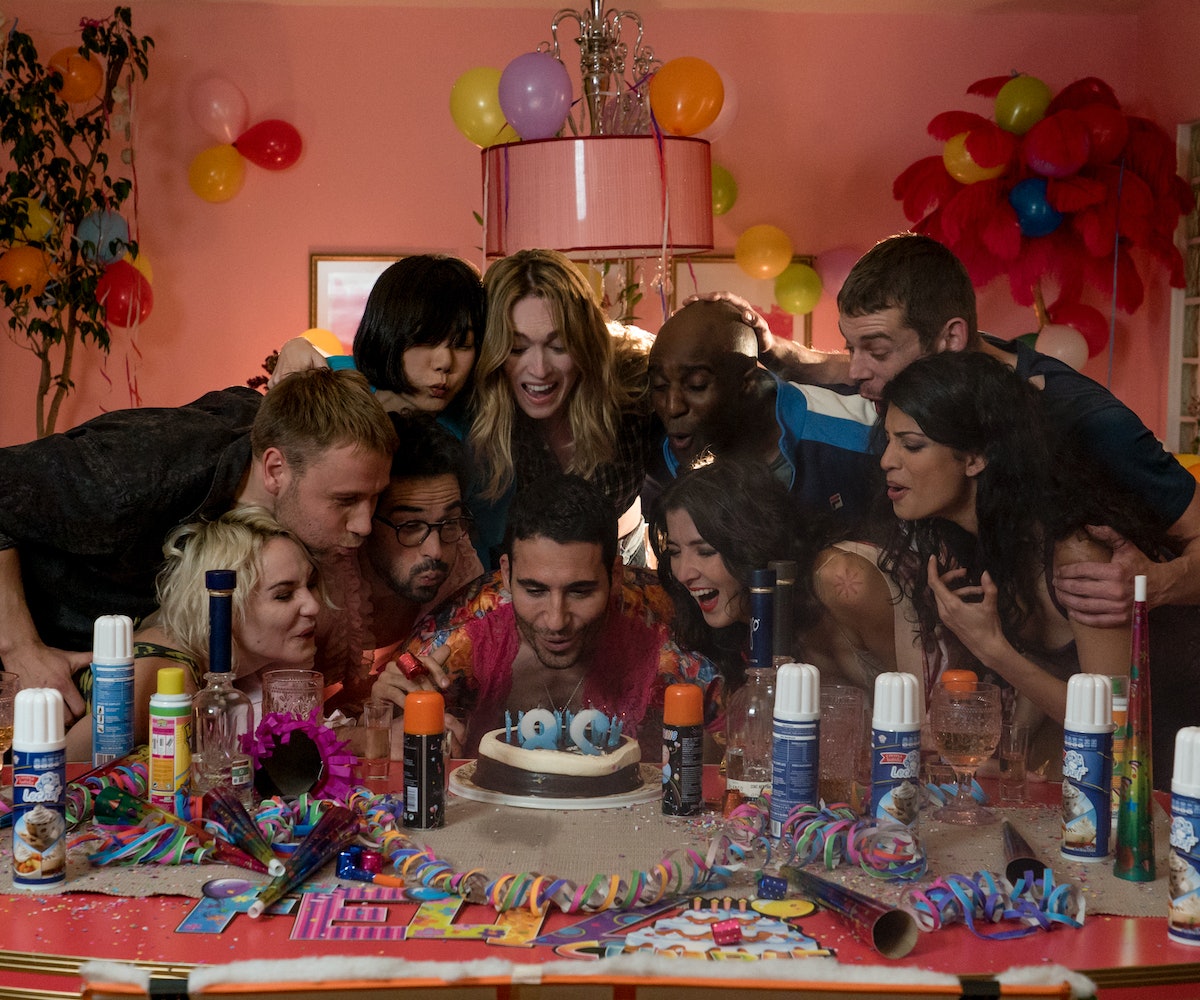 Fans were devastated when they learned earlier this month that Sense8, one of the most diverse shows on TV, was abruptly canceled after two seasons. But after countless tweets, phone calls, and petitions begging Netflix to keep the show alive, creator Lana Wachowski announced today that the network will revive the series, this time as a two-hour special.

“Improbably, unforeseeably, your love has brought Sense8 back to life. (I could kiss every single one of you!),” Wachowski wrote on Twitter. She explained that while “the numbers have always been challenging,” Netflix loves the show as much as the fans, and will release the special next year. The good news came, she explained, after she fell into a "fairly serious depression" when the show was canceled. "I had never worked so hard, or put so much of myself into a project as I had with Sense8, and its cancellation hollowed me out," she wrote. Wachowski went on to say she felt sadness for the cast, crew, and, most importantly, the fans.

"But just as the characters in our show discover that they are not alone, I too have learned that I am not just a me. I am also a we," she wrote. She thanked everyone for the outpour of support and for pushing Netflix to renew the series. "In this world it is easy to believe that you cannot make a difference; that when a government or an institution or corporation makes a decision, there is something irrevocable about the decision; that love is always less important than the bottom line," she says. "But here is a gift from the fans of this show that I will carry in my heart: while it is often true those decisions are irreversible, it is not always true."

While Wachowski is overjoyed the show is returning as a special, she's careful not to get too far ahead of herself about what will come next.  “After [the special] … if this experience has taught me anything, [it's that] you NEVER know.”