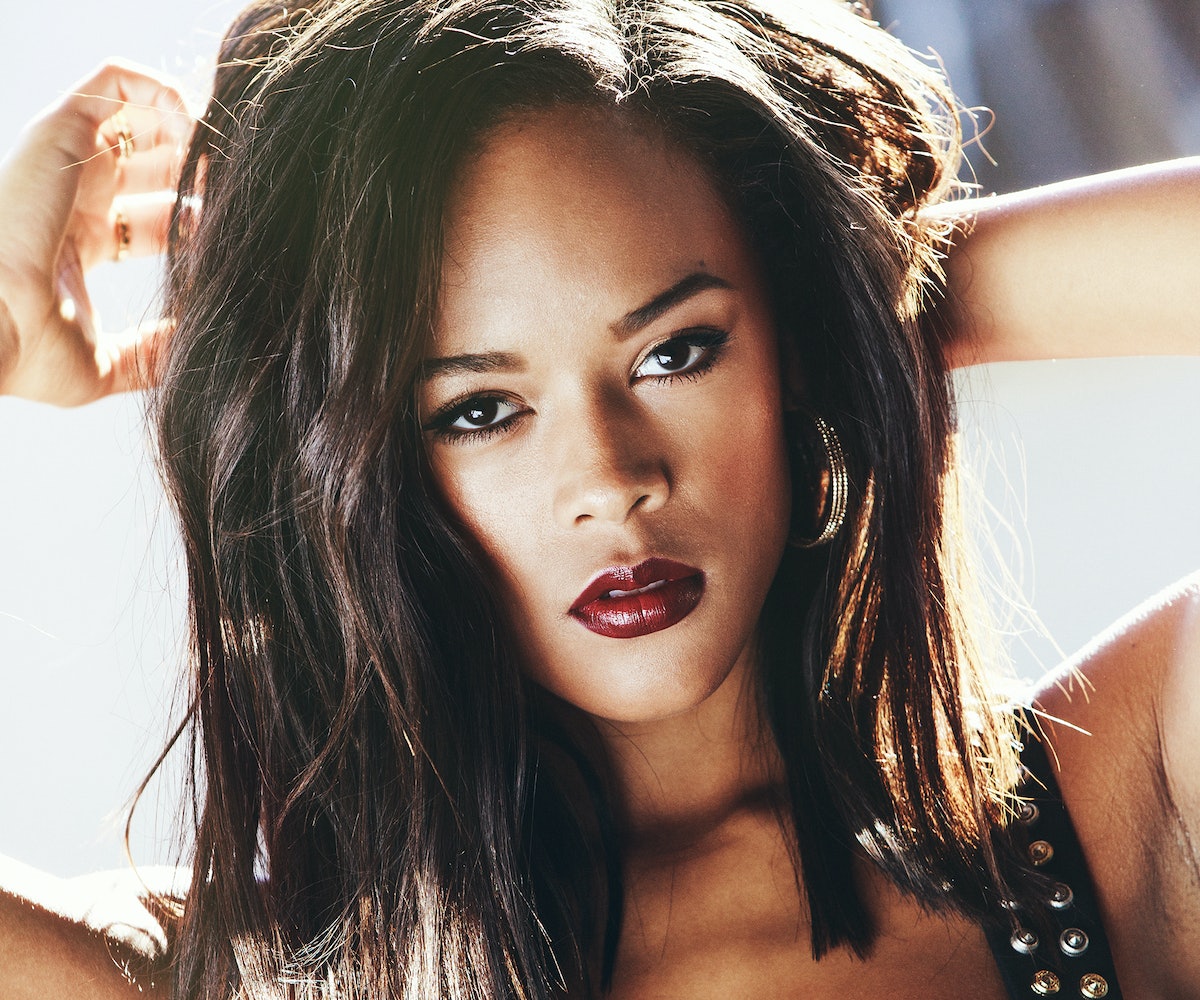 Photographed by Bryan Sheffield. Dress by Fausto Puglisi, ring on right pointer finger by Melinda Maria, all other rings by Adornmonde.

Serayah doesn’t just want to be a star. She wants to be a whole constellation. And the thing is, you’ve probably only seen a fraction of what the triple threat—actress, dancer, and singer—can do. The 20-year-old, who plays bisexual pop star Tiana on Fox’s juicy hip-hop drama Empire, has been dreaming of performing since she was nine. The former model recently dropped her last name, McNeill, professionally and is now a one-name wonder like Beyoncé and Rihanna (two artists whom she loves). She has big plans ahead, too: Serayah’s preparing to release a mixtape of pop-R&B later this year, and hopes to land her first feature film role.

But first, Serayah’s still celebrating being upgraded from a recurring character to a regular on Lee Daniels’ addictive prime-time soap, and she’s collecting loads of fans along the way. “I think everyone is attracted to the ghetto-glamorous lifestyle,” says Serayah about Empire’s appeal. “Fans tell me they love how Tiana dances and sings, her attitude, and how she is relentless in getting what she wants.”