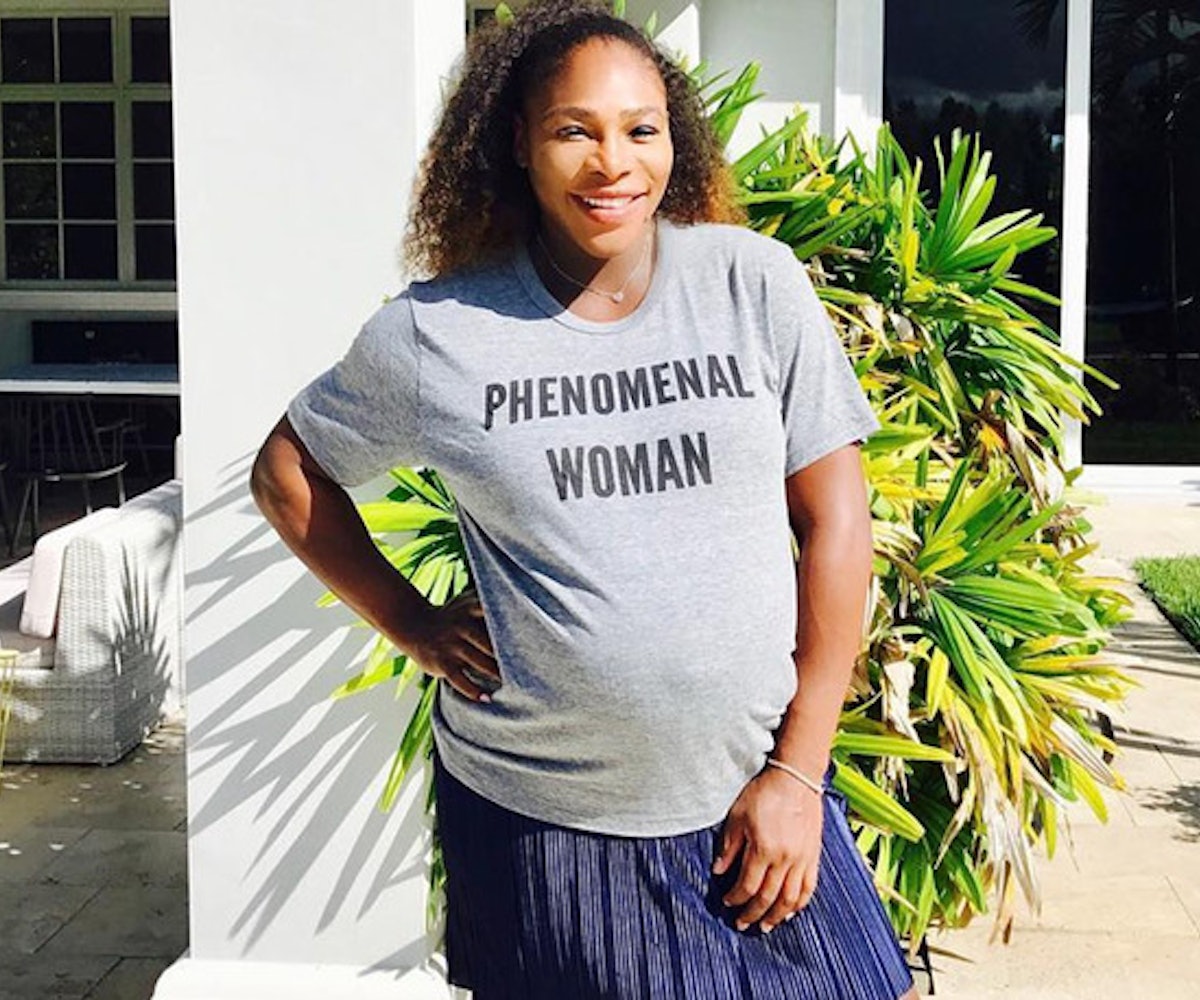 On Black Women's Equal Pay Day, Serena Williams published a powerful essay on Forbes to draw attention to the millions of black women who make 63 cents for every dollar a man makes. "I’d like to acknowledge the many realities black women face every day," she begins.

Today's date was chosen this year for Black Women's Equal Pay Day because it's the number of days into 2017 that it would take a black woman to earn as much as a white man did in 2016.

Williams along with other celebrities, like Tracee Ellis Ross, Issa Rae, and Lizzo, acknowledged #BlackWomensEqualPayDay by wearing "Phenomenal Woman" tees.

In her essay, Williams explains that "black women earn 17 percent less than their white female counterparts and that black women are paid 63 percent of the dollar men are paid. Even black women who have earned graduate degrees get paid less at every level. This is as true in inner cities as it is in Silicon Valley."

She acknowledged that while she's very fortunate—"I had talent, I worked like crazy and I was lucky enough to break through"—she wanted to speak up for the 24 million black women in America who are still up against the "cycles of poverty, discrimination, and sexism." While she encouraged women to voice their opposition to the wage gap, she recognized that black women are often punished when they do.

"Unfair pay has prevailed for far too long with no consequence," she writes. "Through decades of systematic oppression, black women have been conditioned to think they are less than. In many cases, these women are the heads of households. Single mothers. The issue isn’t just that black women hold lower-paying jobs. They earn less even in fields of technology, finance, entertainment, law, and medicine."

Williams says that it will take "action, legislation, employer recognition, and courage for employees to demand more" to alter the status quo. "In short, it’s going to take all of us," she writes. "Men, women, of all colors, races and creeds to realize this is an injustice. And an injustice to one is an injustice to all. The first step in making a change is recognition. We need to push this issue to the front of conversations so that employers across the U.S. can truly understand that all male and female employees must be compensated equally. Not close. Not almost the same. Equally."

In surveys Williams conducted with SurveyMonkey, she found that only 44 percent of white men recognize a pay gap and that a majority of black women perceive major obstacles in the workplace because of their gender and race. "As a black female entrepreneur and person in the spotlight, I am trying to figure out how I can move the needle forward and open doors for everyone," Williams writes. "Not everyone understands that black workers—specifically women—see more obstacles to racial equality and barriers in the workplace. Data doesn’t lie. It just gives a number to the gap women feel every day."