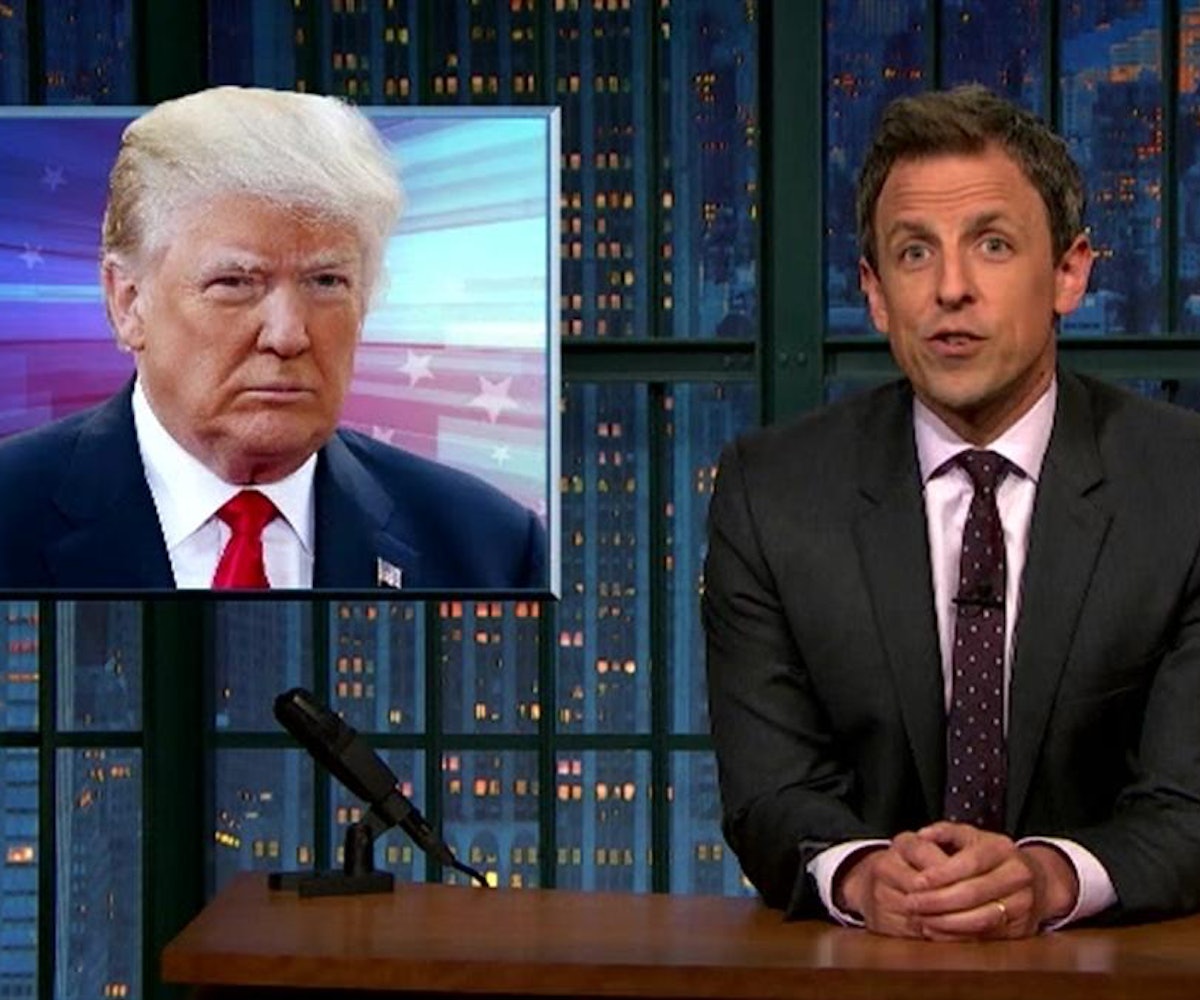 All throughout this surreal, maddening election cycle, Seth Meyers and his show Late Night have been an oasis of truth and reason. In particular, Meyers’ segment “A Closer Look”—in which he surgically and hilariously dismantles the most frustrating and outrageous elements of this campaign aka Donald Trump—has provided some of the most memorable, stand-up-and-cheer moments of the last few months. And last night, amidst a flurry of sexual harassment and assault allegations against Trump, Meyers delivered one of his most punishing blows yet against the Republican candidate and his apologists.

“This week of revelations about Trump’s predatory behavior pulled the curtain back on the moral cowardice of many in the Republican Party,” Meyers said. “Trump supporters and his enablers in the GOP will go to virtually any lengths to dismiss or excuse his worst behavior.” He then, one by one, exposed each of these Trump supporters with a flurry of zingers and punchlines. Take, for example, Meyers’ reaction to Trump campaign manager Kellyanne Conway’s absurd claim that Hillary Clinton should be farther ahead in the polls because she is the first female nominee. “You think Hillary should be farther ahead because she’s running as the first female president?” Meyers asked. “If running as the first female president was an advantage, it probably would have happened before 2016!”

But Meyers saved his true wrath for the legions of Trump supporters who are absurdly questioning why his accusers have only chosen to go public with their claims now. “When people ask why women wait to report sexual assault: That’s why. Because instead of believing them, you question their motives,” Meyers said. “Stop pretending there’s an optimal time for women to go public with these kind of allegations. It’s not like if you do it in the first 24 hours, you get a parade and an iTunes gift card.”

Watch the clip above.