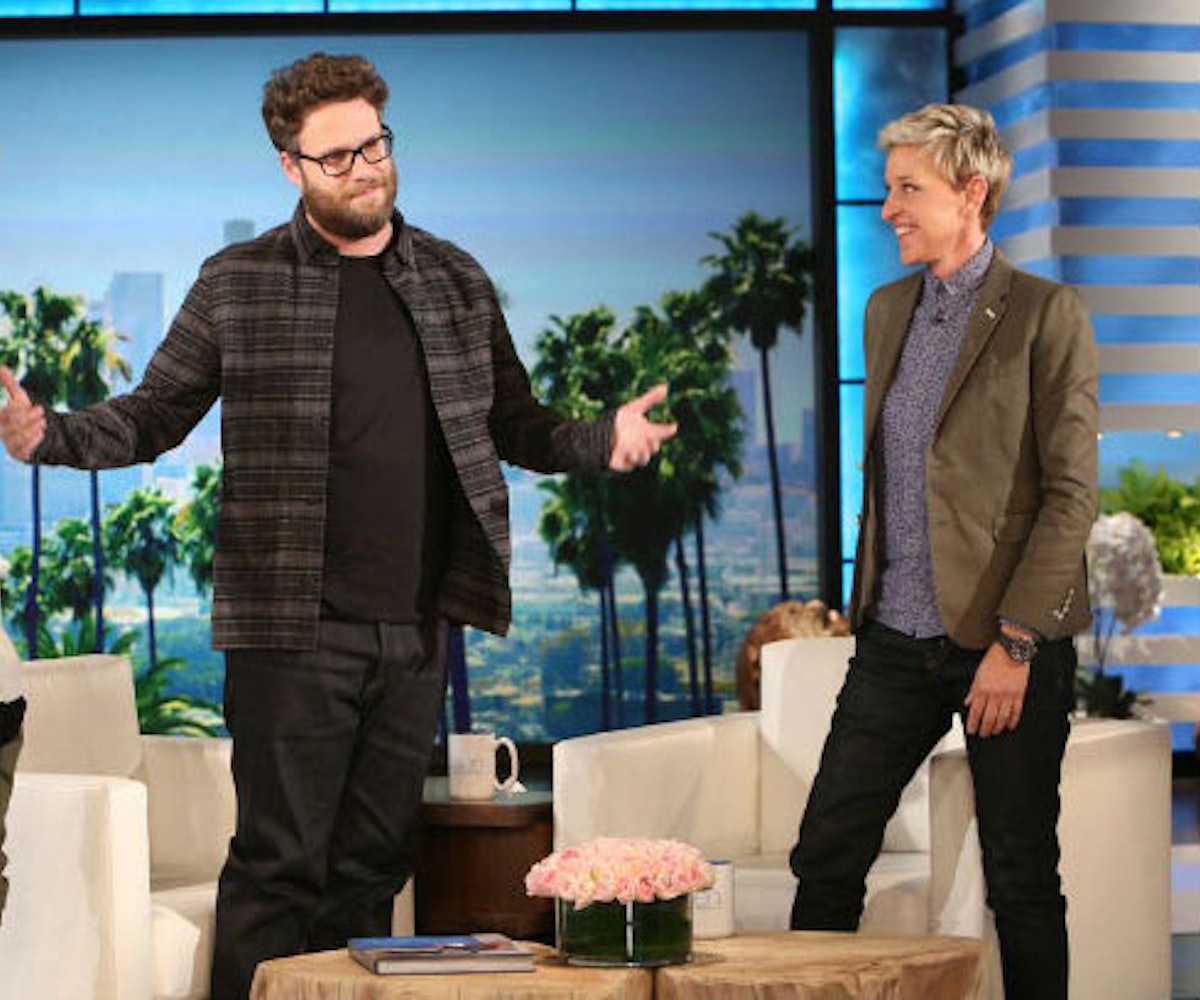 It usually takes a lot to make Seth Rogen mad at someone, so when the comedian went on The Ellen DeGeneres Show, we didn't expect him to vent. This time, however, it seemed like he was more or less trying to put something behind him—Rogen had some serious beef with Justin Bieber. The whole thing officially started cooking last year on Twitter and continued to burn for a solid four months as noted in this timeline.

“We had a beef, I guess you would say. I don’t know if that’s the word the kids use," said Rogen. "It’s not really a beef, I just called him some really mean things on social media for no real reason. And I'd only met him very briefly. It was really just something, I can’t tell you why I did it. I was inclined to do it in that moment and then I did it. And then it really hurt his feelings, as it should have. And a lot of people got very mad at me.”

Watch Rogen chuckle through his confession in the video, below.