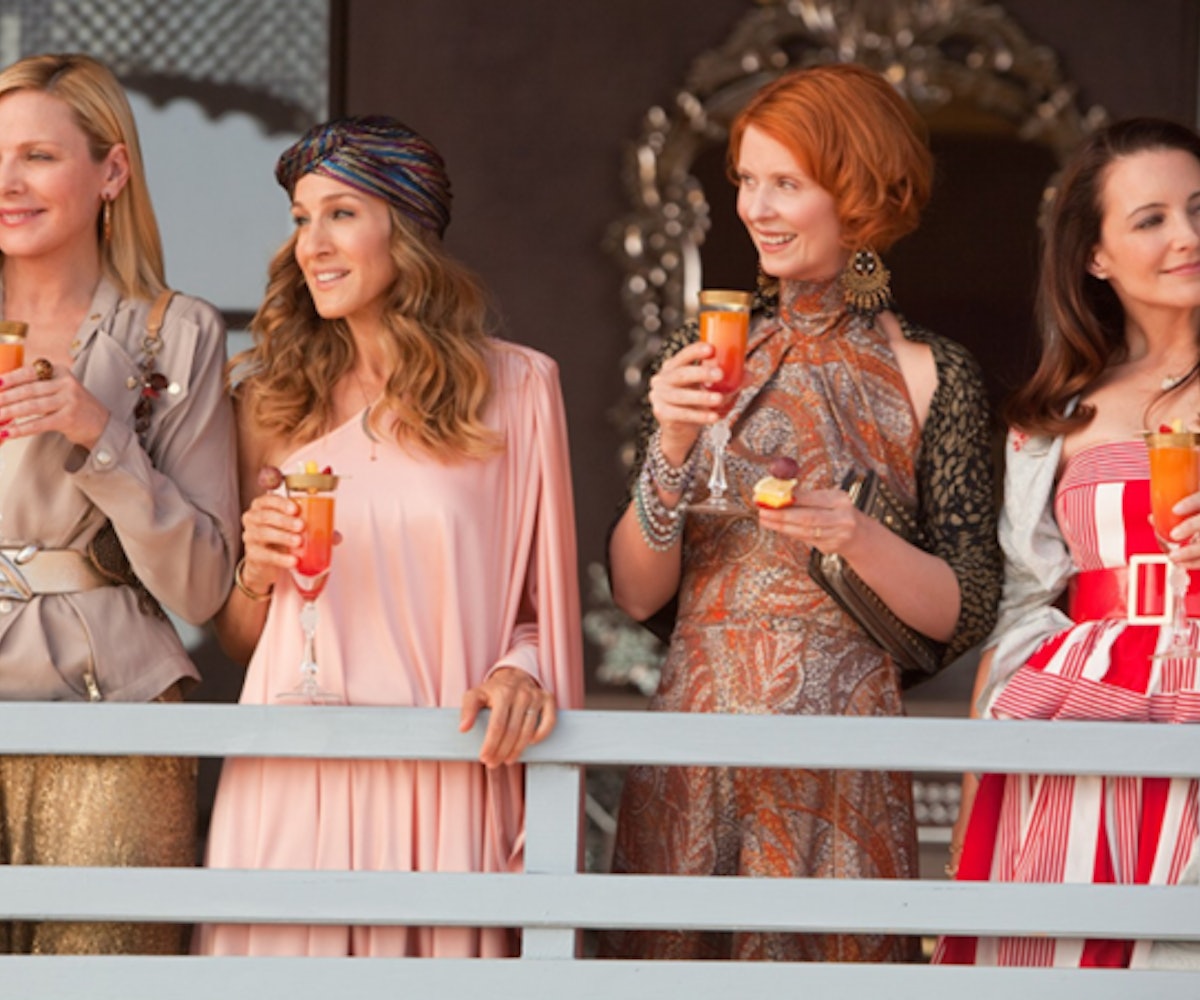 Despite Sex and the City 2 being a train wreck, it still managed to snag almost $300 million at the global box office. For that reason, and that reason alone, talk of a third movie has not gone away, even though no one in particular really wanted it. With two simple words, Sarah Jessica Parker squashed all speculation that we might one day get a third Sex and the City movie. "It's over," Parker said emphatically during a brief interview with Extra. And in case that didn't spell it out clearly enough, she added "We're not doing it," for good measure.

While Parker didn't give an exact reason why the movie was no longer happening, she did give some insight into how far along they were in the development process. "We had this beautiful, funny, heartbreaking, joyful, very relatable script and story," she said. "It's not just disappointing that we don't get to tell the story and have that experience, but more so for that audience that has been so vocal in wanting another movie."

This news will be crushing to some fans, who've been anticipating a third movie, in large part because SJP has been teasing one for a while. Naturally, these fans will demand an explanation for why their hears have been broken. May we point them to this item in the always trustworthy The Daily Mail, which claims Kim Cattrall's "demands" are what sunk the production. That seems like a tired and convenient excuse since Cattrall, who played Samantha in the series, has long been portrayed as the group's offscreen diva. Cattrall herself attempted to set the record straight on Twitter in brilliant fashion.

It's hard to argue with that.