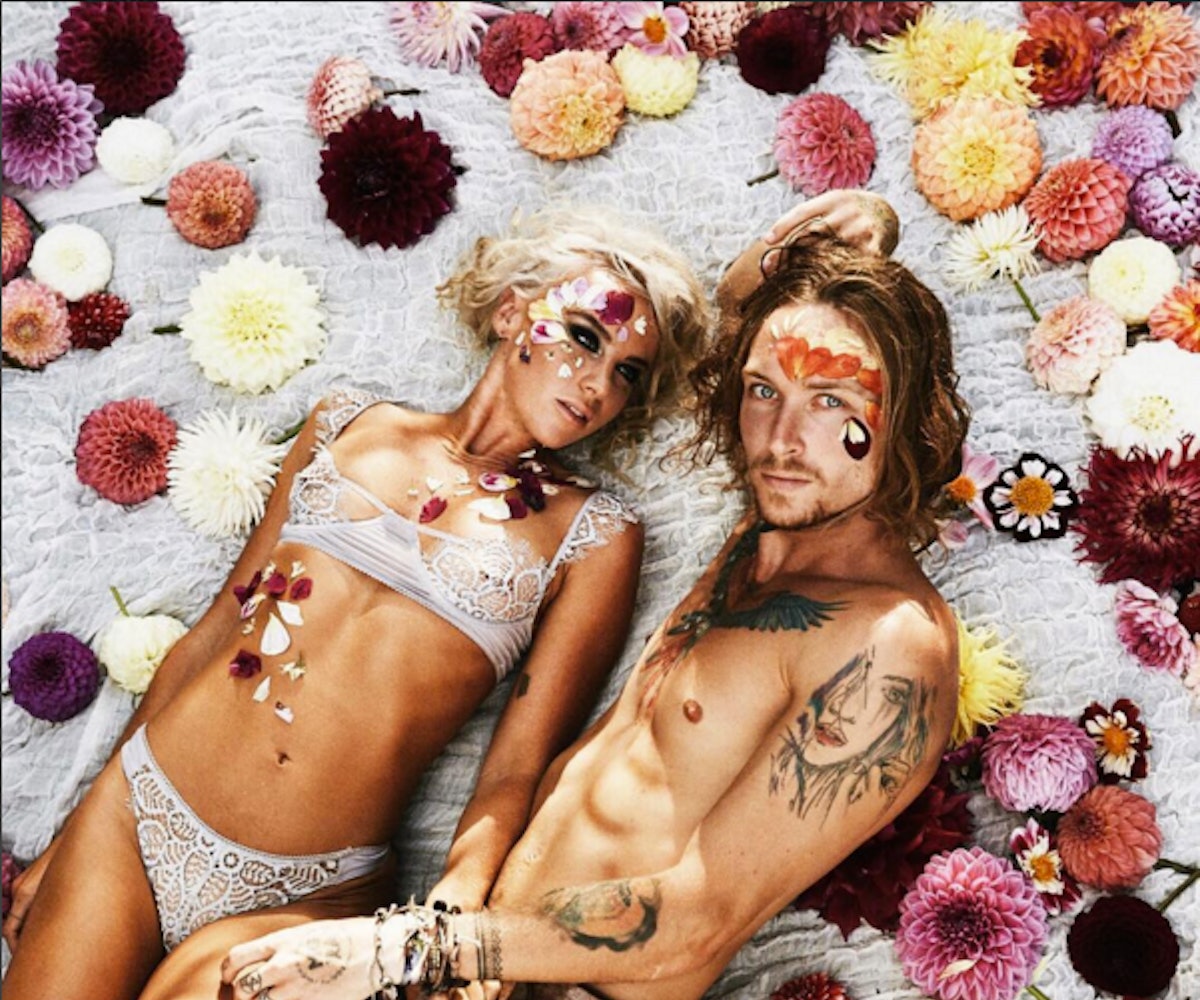 What's wrong with some good old-fashioned sex-positive eroticism? Apparently a lot. Austrailian couple Sally Mustang and Mitch Gobel just want to have really good sex and share intimate details about that sex on the internet, but Instagram isn't having it. The couple, who says they want to share their stories to encourage others to be more open and honest about sex, has had several posts flagged and deleted on Instagram.

Fortunately for the internet, that's not stopping them. When one post was recently deleted, Gobel said he understood, adding, "That post was much more focused on the physical aspect of our relationship. In a way it went against what we set out to do with these posts, but we had the bigger picture in mind - it drew a huge amount of attention to our posts and mentality on a whole, and that’s how we see it as being affective. Sex is a huge part of who I am, it’s actually been a far more significant part of my life than my art has."

The couple has decided to write a book, where Mustang says, "We would have a lot more freedom with how we could express ourselves and wouldn't have to leave any bits out."

Let's hope they are way better writers than E.L. James.

Here's another (sort of) SFW image of the babely couple. Enjoy: