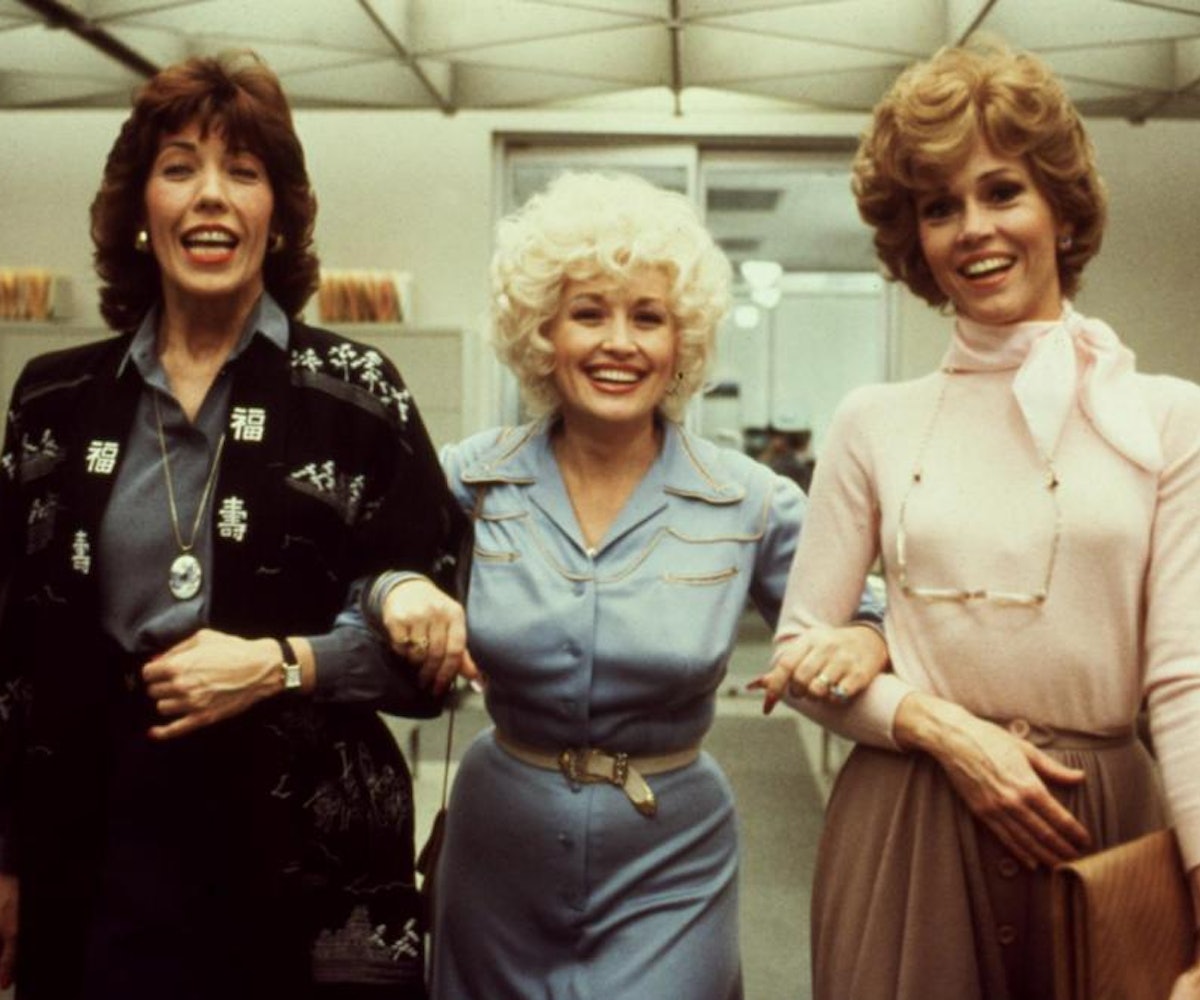 Sexual harassment in the workplace has been a huge topic of conversation recently thanks to the removal of Roger Ailes from his position as the head of Fox News following a lawsuit and allegations leveled at Ailes, all accusing him of blatant workplace violations centering around sexually predatory behavior. Despite the fact that the allegations were overwhelming enough to induce Ailes' premature departure from the job he'd held since the launch of Fox News in 1996, many people close to Ailes defended him against the charges. One of his most prominent defenders is Donald Trump (yes, he of baby hating fame), who cast suspicion upon the women accusing Ailes, saying, "Some of the women that are complaining, I know how much he's helped them... Now all of a sudden, they are saying these horrible things about him; it's very sad because he's a very good person."

Perhaps it's not surprising that Trump, who has previously said that he thinks "putting a wife to work is a very dangerous thing," would be skeptical of women revealing injustices in the workplace, but because Trump's daughter, Ivanka, has recently addressed important issues facing working women, and because Ivanka is quite clearly one of her father's favorite people of all-time, perhaps, some people reasoned, Trump might better be able to empathize with women facing harassment in the workplace if he considered what it would be like for Ivanka to deal with it. Or, you know, maybe not.

Trump was asked in an interview with USA Today what he would have wanted to have happened if Ivanka had been harassed, and he replied: "I would like to think she would find another career or find another company if that was the case." And Donald is not the only Trump who thinks that Ivanka would have been able to handle sexual harassment without, you know, making it a public issue or anything. The youngest Trump son, Eric, told Charlie Rose of CBS this morning that he understands exactly what his father meant, saying, "What he is saying is Ivanka is a strong, powerful woman... She wouldn't allow herself to be subjected to it."

When directly questioned by Rose about employing the human resources department at a company to address the offender, Eric did agree that as a "strong, powerful woman," Ivanka would "certainly take it up with human resources," but the fact remains that Donald Trump said that women should not necessarily place the burden of being harassed on the person doing the harassing, and should be prepared to switch jobs or even careers rather than address the problem via available company and legal channels. Clearly, the notion that many women do not have the financial security to simply leave their jobs at a moment's notice is unfamiliar to Trump.

But perhaps the most disturbing aspect of what either Trump said is Eric's admission that he doesn't think a woman like his sister—a "strong, powerful woman"—would even be subjected to sexual harassment at all. In fact, a survey of thousands of women by Cosmopolitan last year revealed that about 1 in 3 women between the ages of 18 and 34 has faced sexual harassment at the workplace and that 16 percent of the women who said that they hadn't been sexually harassed had experienced hearing sexually explicit or sexist remarks. Sexual harassment takes many forms, women, both professionally empowered and not, can find themselves at its mercy. It is certainly true that some women—and I would hope and believe that Ivanka is among them—are aware of the resources at their disposal should they face workplace harassment, but speaking up about these things is rarely easy, and women are rarely rewarded for speaking out. Just think of what is happening to Ailes' accusers; they are being painted as opportunists and liars by people like, well, like Donald Trump.

Another thing the Cosmo story revealed is that of the women who faced sexual harassment, 71 percent did not report it, and of the 29 percent who did, only 15 percent felt it was being handled fairly. In a society where prominent men are comfortable saying that sexual harassment only happens to women who aren't "strong" and who cast doubt on those women who do speak out, it's easy to understand why so many women feel like they can't come forward, and why, once they do, they aren't necessarily believed or treated fairly. Donald Trump would like America to believe that his experience as a businessman is what qualifies him to run this country, but in betraying his bias against the issues facing working women today, it's more than a little troubling to think about how much he cares about the millions of women in America who aren't as "strong and powerful" as his daughter.

For more information on what your rights in the workplace are, and what resources are available should you face sexual harassment, visit WorkplaceFairness.org