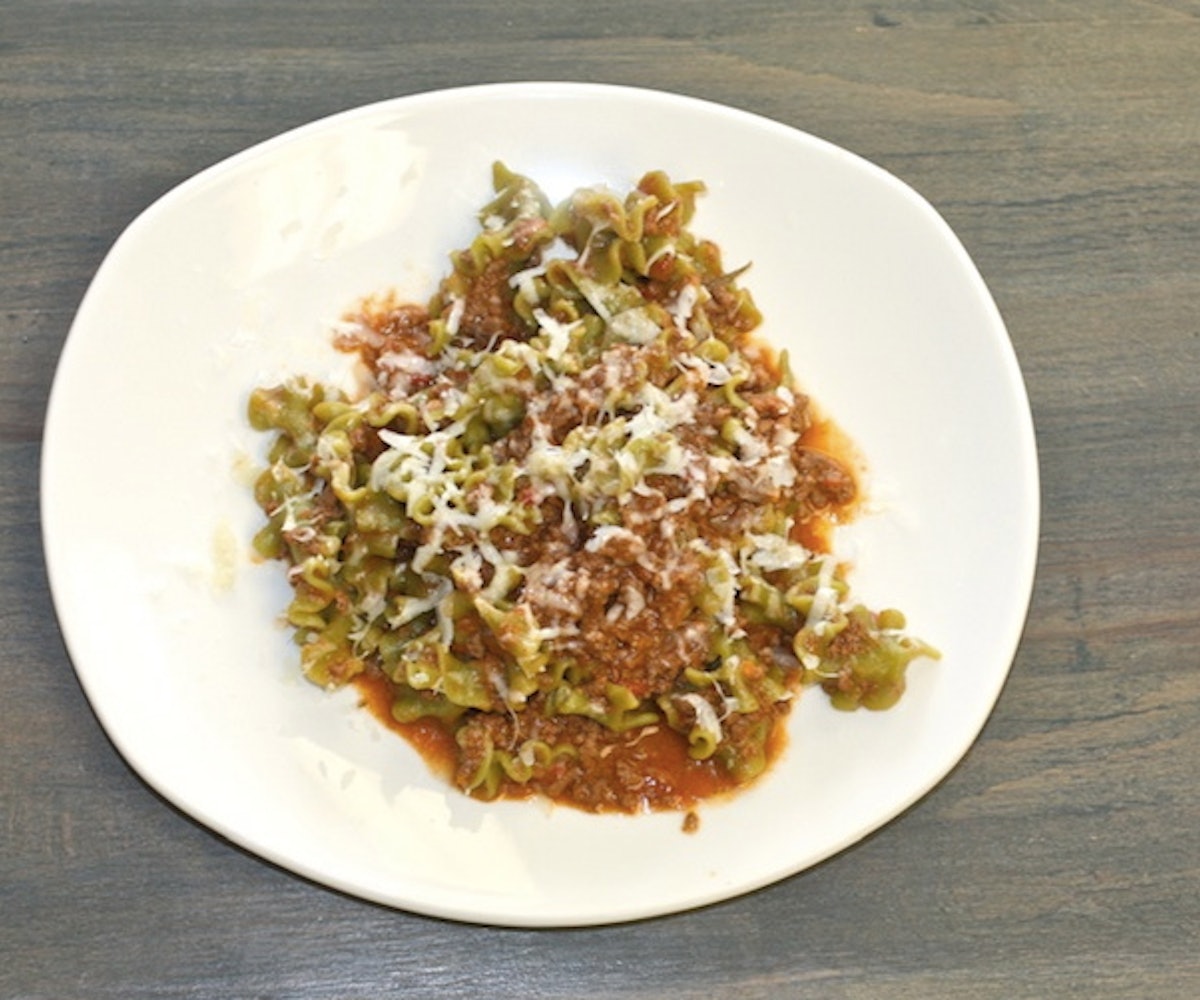 Situated right across from the infamous Marcy Projects is the Pfizer building. Opening its doors in 1849 as one of the country’s leading chemical producers, it shuttered with layoffs and closed in 2008. Now the 600,000 square foot massive warehouse serves as the campus for numerous small businesses, most of which are food start-ups.

Hidden among many of the nooks and crannies of what looks like a post-apocalyptic hideout are some of the most preeminent culinary creations the city has to offer. One of these is Sfoglini: New York Pasta Shop. Started by chef Steve Gonzalez and graphic designer Scott Ketchum, Sfoglini (a common term for professional pasta makers), the restaurant churning out some magnificent pasta. Culinary giants like Mario Batali and Martha Stewart are fans.

Oddly, with over twenty food companies occupying the building there was really nothing to eat in-house, until Sfoglini capitalized on the lack of options in the surrounding neighborhood and began serving lunch. Every Thursday for the last year, I’ve had the pleasure of partaking in “Pasta Lunch." On Wednesday, anticipation builds as the flyer posted in the elevator reveals the next day’s menu. We like to arrive early--the thought of them selling out gives me nightmares. Aside from food and beverage production, the Pfizer building is also a hotbed for film and television projects. Even with their fancy catering and craft services, production people’s curiosity leads them to the 8th floor.

Room 806 is always a bit warm to help the freshly extruded pastas dry. Bags of pasta adorn the walls and await mail or drop off to various food blogs or “pasta of the month club” members. As a new batch of radiators churns out in the background, Scott takes our orders and expedites to Steve. Steve then proceeds to use two tiny burners to make some of the best pasta in New York City.

On the menu this Thursday is Kale Reginetti with Bolognese. These guys are so thoughtful, there’s always a legit vegetarian option (Not just some bullshit tomato sauce). Today it’s Kale and Beans.

I opt for the veggie option, but I've heard that Bolognese was incredible.Top it off with some breadcrumbs and little red pepper flakes,

and make sure to check out

where you can view recipes, stockists and purchase pasta.