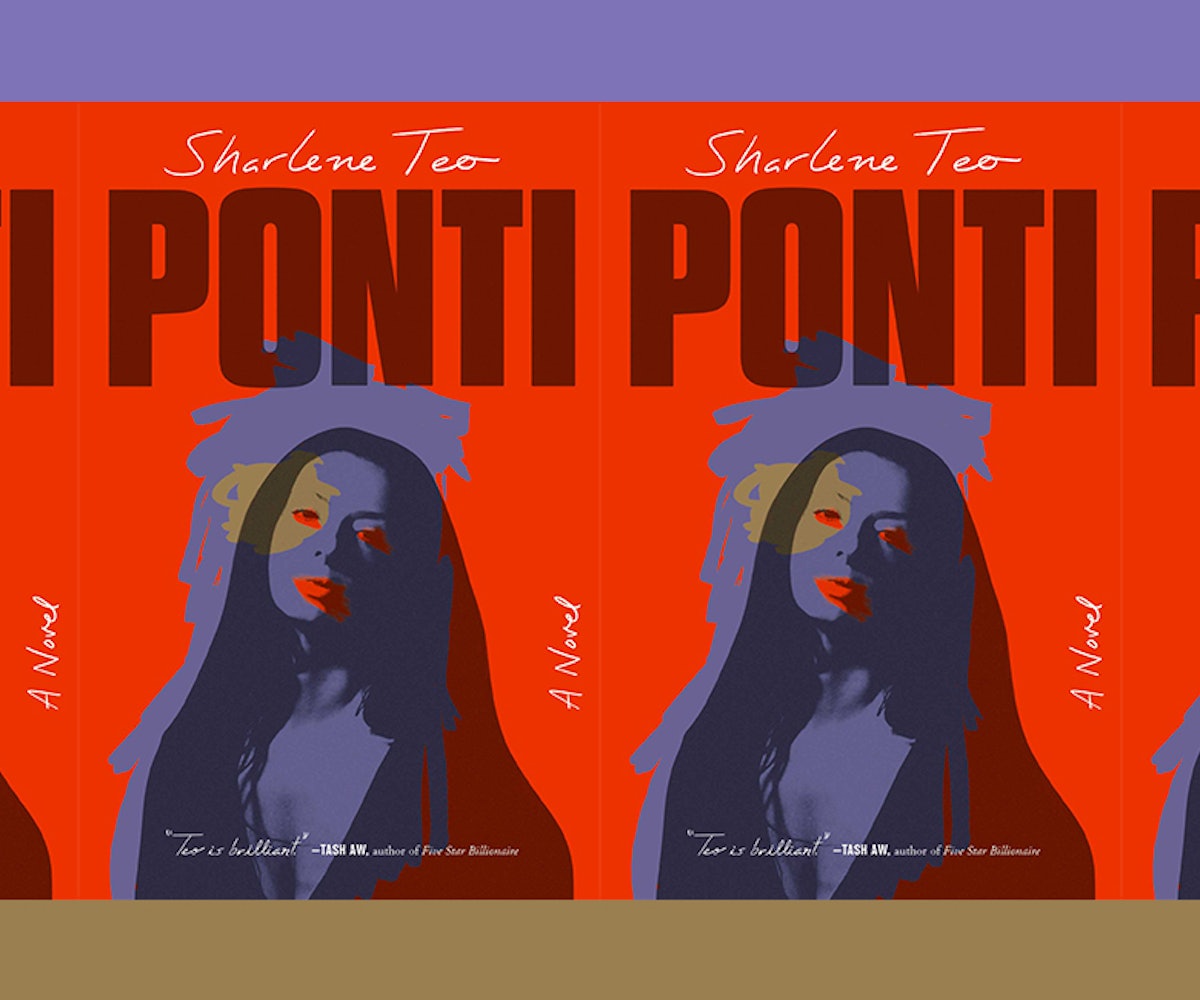 What could be more monstrous than a woman in charge of her own sexuality? Ponti, Sharlene Teo’s debut novel, explores this question in the hot, dusty setting of Singapore, over three distinct periods of time, and through the eyes of three different women. First, there’s Szu, a teenage girl in 2003. She’s pissed off, bored, and horribly alone. Her mother, Amisa, once a one-hit-wonder film star of the B-movie Ponti! and now an agoraphobic, mostly leaves her daughter alone. The second narrative of the novel follows Amisa when she was a young woman in the '60s as she leaves her small village to make it big in the city. The final narrative is Circe’s, Szu’s childhood friend; only, the narrative has zoomed forward to 2020, and Circe's firm has been tasked with doing the publicity for a remake of Ponti!—a process during which old memories are dug up.

Each narrative weaves around the other as Teo explores how the combination of unbearable loneliness and oppressed femininity can turn women into something unrecognizable, even to themselves. As Ponti is released in the U.S., we speak to Teo about writing about her childhood city, why horror movies are subversively feminist, and why the actual pontianak—a mythical, monstrous man-eater—is the perfect metaphor for taking down the patriarchy.

Singapore feels like one of the main characters of the novel. Why did you choose the city as the setting of the novel and how did it shape your writing process?

I lived in Singapore most of my life, from [ages] five to 19, so it’s very much the place where I formed my earliest literary tastes and influences. It feels like the most interesting parts of my consciousness were formed there, and that’s rooted in that particular time and place. I don’t know Singapore as it is now, but I found it a more interesting project trying to form a narrative around a city that doesn’t have the same face anymore, but still has a strong emotional resonance. The city’s so important to the book, you can’t transpose it to another place. You’re right, it is very much its own character. It’s both embracing and rejecting of the characters. You get the sense that in different environments, they might have turned out differently.

I originally wrote the book to be narrated by the monster, the actual pontianak, who would [have climbed] out of a banana tree in the early 2000s, with the last time she went into hibernation having been the '60s. It was about the supernatural old versus the rise of digital technology, and how there’s no mystery anymore—we don’t care about ghosts, we’re more worried about people hacking into our emails.

It started off that way but it was unattainable to write that book, so I changed it into an actress. I chose the late-'60s to set Amisa’s story because that’s when the pontianak stories in Singapore were going out of fashion. I’ve always been fascinated by this creature, and I’ve always found monsters and B-movies really appealing. There’s an intoxicating mixture of disgustingness, funniness, and charm that you don’t get with the remakes of remakes you see nowadays. That time also coincided with post-independence Singapore, when different economical and political policies were put in place to make sure the economic infrastructure was expanding and the façade of the city was really evolving.

For Szu, her daughter, I just aged her upwards. Conveniently, I was the same age at the same time, so I didn’t need to do much research there. I just wanted to get Buffy the Vampire Slayer and the Spice Girls in!

And for Circe in the near future—when I was writing in 2016 about 2020, I thought it was far away, but not so far away that I needed to worry about technology or about the novel dating badly.

There’s a really cinematic quality to the novel and horror cinema is obviously a major theme in the novel. Were you strongly influenced by horror genre films?

Yeah, definitely. I love tracing the cinematic genealogy of horror and watching horror films from different parts of the world, and I find the aesthetics of regional horror fascinating. I grew up with a lot of Asian horror, like The Ring. The Ring copied pontianak by the way. She stole her look! There has always been something very gendered about B-movie body horror, like how pontianak figures are embodiments of social and cultural anxieties around womanhood—how women are allowed to use their bodies, how women are mothers, and how women should appear in society. The way women are depicted in horror is so telling of how women are treated in society.

You capture the anxiety and loneliness of being a teenager so perfectly in the character of Szu. Why did you want to write from the perspective of a teenager?

At 16 you’re old enough to be aware of your influence and know roughly who you are, but you’re not old enough to be financially independent. So it’s a very intense but static time because you’re constantly waiting to feel like you can go out and do things. You’re waiting for the end of your education. It’s also quite a vulnerable time, especially if you’re a teenage girl. And even though I’m no longer 16, there are real commonalities in our experiences across ages. We are kind of the same people but just gain and discard experiences, and we get a little more calcified in our opinions the older we get. But there is a real intensity and vulnerability of being that age that doesn’t really go away, it just gets dimmed over time.

The relationship between Szu and Circe is so specific to the experience of friendship you have when you’re a teenager, one that’s obsessive and passionate and toxic.

Yeah, and you have everything to lose. It’s incredibly toxic and claustrophobic. You’re two people out at sea and holding onto each other for dear life, but at the same time, you want to kill each other. With their friendship, I really wanted to capture the push and pull of power. I think Circe really admires Szu in many regards. She sees she has a particular kind of individuality and intelligence. She’s smarter than Circe and a bit more of an individual. She thinks things through more, and Circe can tell that. But at the same time, [Szu] exploits her insecurity. They have this push and pull, and they challenge each other.

The main emotion of the novel is loneliness and how loneliness can impact you. Why was that something you wanted to tap into?

I think it’s a philosophical fascination of mine, that sense that you’ll never fully understand what it is to live as someone else. The most we have is stories and communication, but words are limited in conveying that. I’m interested in the ways people can and can’t communicate with each other, or even with ourselves. I mean, it’s not fun to read a book about friends who high-five in the park and who are incredibly well-adjusted. I think the most interesting characters are flawed ones.

Ponti is available for purchase here.