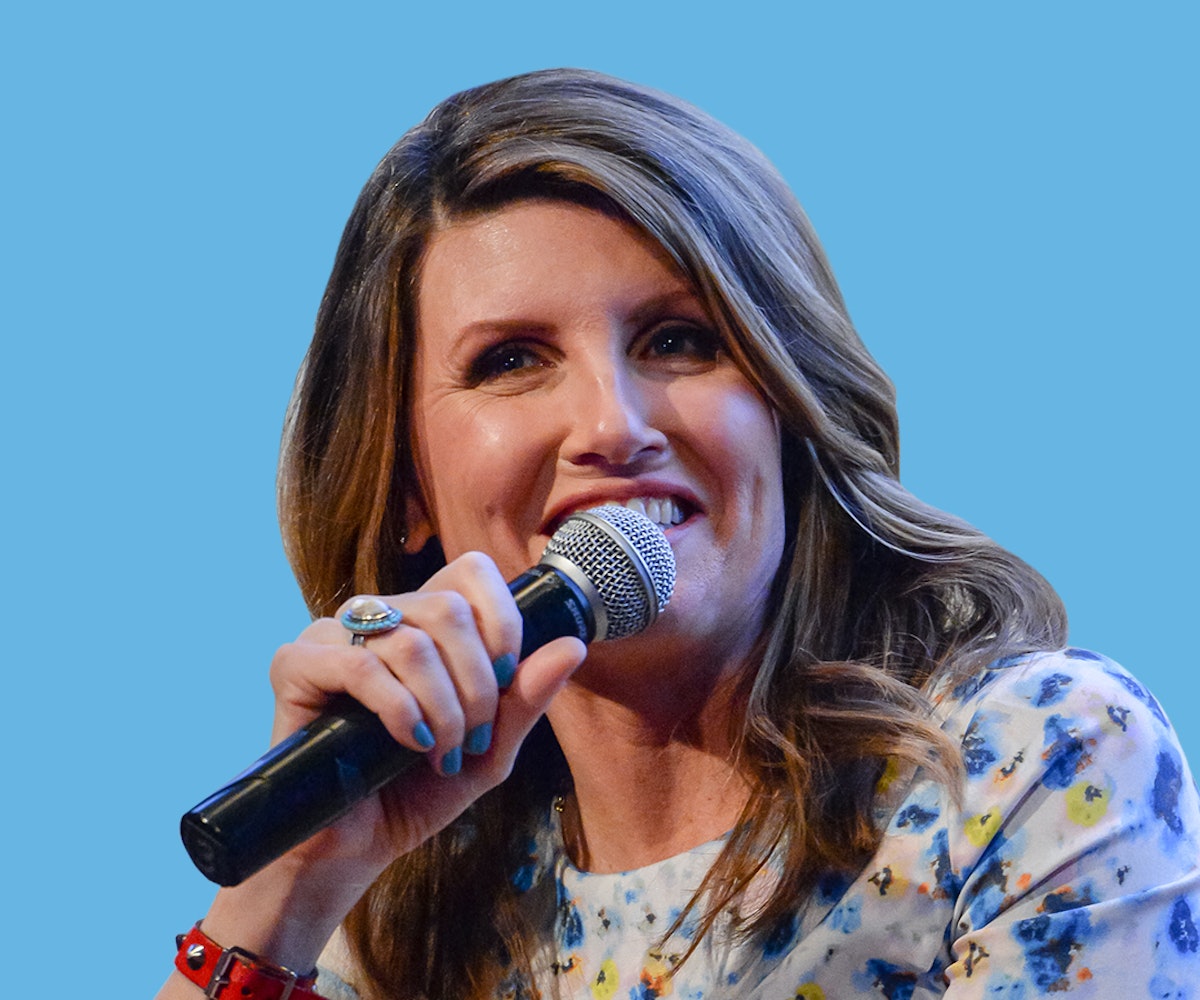 It is rare that I find myself laughing as hard as I do when I watch an episode of Catastrophe; this is true for my first viewing, my second, and even the third (when I'm watching with yet another friend who I've cajoled into bingeing the show with me). Linchpinned by the performances of Sharon Horgan, an Irish actress and comedian, and Rob Delaney, the comedian whose ridiculous tweets you couldn’t avoid on Twitter even if you tried, both of whom are co-creators and -writers on the show, Catastrophe may be filed under comedy, but it doesn’t shy from the negative aspects of life. The third season, which premiered on Amazon on Friday, captures a lot of difficult human impulses, like the guilt of cheating and fighting against alcoholism.

Aside from Catastrophe, Horgan wrote and starred in the cult classic BBC series Pulling and created Divorce, the HBO series that marked Sarah Jessica Parker’s return to the channel this past fall. She has brought a startling amount of humor to the world with the raw materials of the sometimes ridiculous and usually uncomfortable way we relate to others. Here, we talk with Horgan about the new season of Catastrophe, how she entered comedy, and the highs and lows of creative collaboration.

How has writing the show changed over the course of three seasons?

It hasn’t really changed that much, actually. I think even in season one, we were sort of dealing with stuff that wasn’t necessarily your average sitcom material. Stuff that you wouldn’t necessarily think, That’s funny! With the pregnancy scare and the underlying thing of Rob’s alcoholism, even though it hadn’t reared its head by then, it’s still there. They’re not comedy tropes, so we had to find a way to keep it light, and funny, and stupid sometimes. Life does become more complicated the more children you add to it, so we kinda knew that that would happen, and also parents get old, people lose jobs, the economy changes, and you have financial difficulties. Those kinds of things, we weren’t necessarily thinking, What are the worst things we can do to these people? We were just thinking of the real things that people go through in life, and how can we find our version of that, and how can we tell that story and still make it funny. There are bits of season three that are heavier, but there are also bits that are just as stupid.

I read that in your early 20s you moved back to London to study drama. Were you already interested in writing, too, at this point?

English was always my favorite subject at school, and I used to write a bit of poetry and mini plays, that sort of thing. I kind of parked that when I got into my late teens, and I was really fixated on acting. I fixated on that for a long time, until my late 20s when I thought I should maybe try [writing]. I always liked making people laugh, I was always a bit of a clown, I always used humor as my thing to attract people to me. So it’s funny that I never thought of comedy when I was trying to get into acting; I thought I wanted to be a theater actress, a drama actress, a serious performer. It’s about the people that come into your life; I met Devin Kelley, who wrote Matilda, and he became who I wrote Pulling with. He was one of the funniest people I’ve ever met, and we just naturally fell into writing together. That’s when everything kind of changed, when I stopped fixating on acting and thought maybe writing was the way forward. The fact that I got to write for myself was a bonus.

How does working on Catastrophe, writing with just Rob, compare to working on Divorce, where you don’t write every episode? And does not acting in a show change your writing process?

I don’t think that not acting changes it, I think you still have the same passion for it, and you still have the same need to make it dramatic, funny, and interesting. I found the writers' room amazing. If I could do it all the time, I probably would, because, you know, it’s half the work. It’s wonderful to work when you have a room full of people whose brains you envy. It just doesn’t work for every show, and Catastrophe is an odd one. It’s so from his and my perspective that it just wouldn’t work in the same way. I would say I enjoy both methods, but they are very, very different.

Since Catastrophe is first aired in the U.K., and then comes to the U.S. on Amazon, do you think of it as primarily belonging to either nation?

I think, from the very beginning, we wanted it to feel like the kind of show that could cross the Atlantic and not flinch. We figured no one’s going to know that it’s a British show because he’s American, I’m Irish, and we’ve got Scots, Welsh people, Australians—we have a full international cast. I think we shot it in a way that hopefully made it look as much like a U.S. show as a U.K. show. I think the humor totally translates. The only difference is that in the U.K. it goes out weekly, and over here it all plops out at once. But that’s great because it makes us more careful when it comes to it episodically playing out, in a satisfactory way, and also a whole season playing out in a satisfying way.

You’re working on two shows about marital issues at the same time. How do you keep your material fresh?

I think it’s working with other people, and the fact that there’s a big team on Divorce, and so there’s lots of experience and stories coming from other writers. I think they’re both such completely different characters, and the tones of the shows are different [since] they’re at completely different points in their relationships.

In both Catastrophe and Divorce, we seem to learn more about the characters in a romantic relationship, and how they feel about one another, through their interactions with other people. How important is it to write about friendships on shows about marriage?

It’s really important! Especially in Catastrophe, where we have every variation of relationship around them. It’s very helpful because we can sort of play off of those other relationships, and have them examine their own when they’re at home together and talking. It also shows a full range, a breakup, or a relationship with my parents, or other relationships that are sort of at the beginning or in a bit of a mess. I think it’s really important to the main characters of Catastrophe, and not just in that [the characters] need a friend to talk to. That’s great, and you need it because that’s what you do in real life, but I wouldn’t like if it were just doing that—if it were just providing a sounding board to Rob's and Sharon’s thoughts when they’re away from each other. With Divorce, it’s the same deal. Tracy Letts and Molly Shannon’s relationship is a really important part of the show because that begins at rock bottom, and then finds its way back and takes a new lease on life, while Frances' [Sarah Jessica Parker] is eroding. Talia Balsam’s character has had one husband die, and one husband left her, and she has her own cynical view of how it affected her. This plays into how she advises Sarah Jessica Parker’s character, so it’s not just about having friends as a sounding board, it’s about the other characters' experiences, and how they give you reliable or unreliable advice based on that.