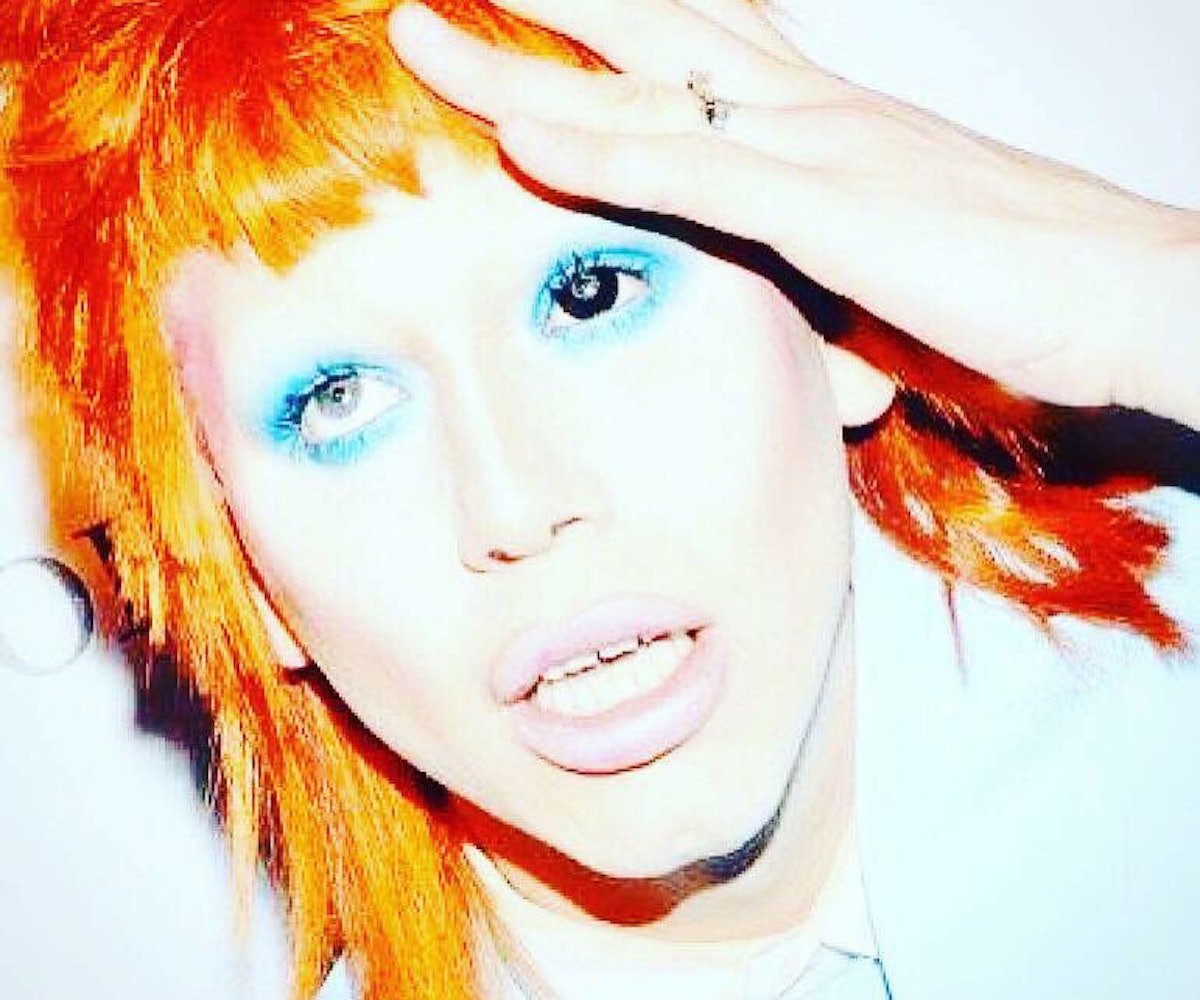 After reading the overwhelming outpour of affection over Bowie's death, I was struck by how similar the experiences of his fans were. They all sounded the same; visual visionary, bender of genders, etc. I wanted to say something different. I won't go on about how he made me proud to be a freak or his ability to blend almost every genre of music, but I will say you never forget where you were when you first heard his records.

. And every drag queen knows how to lip sync "Life On Mars." (Or at least they should.)

This photo was taken in London, the night before Halloween. I am known as the Queen of Halloween all year—so on the actual night, I save it up for shock value—I wanted to do an ultra-hyper sexualized look that I am not really known for, which was Jessica Rabbit. (Damn Heidi Klum, who also did the same thing.) I had to perform the night before, and I wanted to do something that would really make Jessica pop, so I was androgynous, colorful Bowie, which felt very different from my look the next night.

Example: In 2003, I overdosed on a club drug called 2CP, also known at the time as 'panic.' It was this rave culture drug...and we got the hardest drugs ever in Des Moines, Iowa. I thought I was dying, and my friend put me in the tub, but then I left because the water was freaking me out. They picked up the stuff from the floor to get ready—I remember I was wearing girls' Mudd jeans and a New Kids On The Block sweatshirt. I was dumped out onto the pavement near the entrance of a Des Moines hospital by a gang of teenage punks. I stumbled into the ER hysterical. Crazy eyes. Literally feeling my soul escape with every breath.

My demeanor and lunacy gave the nurse's aid reason to restrain me in straps and velcro. I laid in that neon hellhole for what seemed like an eon, as I fell deeper into my drug-induced madness. I am pretty well-versed in narcotics, but I could not handle this. I felt like I was dying. I don't remember hearing any other music...or anything at all. Then, like an angel, David Bowie's "Fame" came smearing out of the round ceiling speaker. It instantly blanketed a sense of calm over me. I immediately felt cured. I went from panic...to calm...to ecstatic. I knew I was going to make it. Then came the vomit, followed by the ultimate MDMA high of a lifetime. A perfect soundtrack to a bratty mess. Thank you Bowie. You saved my life.

Like the others' stories read online... this is a selfish tale, all about ME!