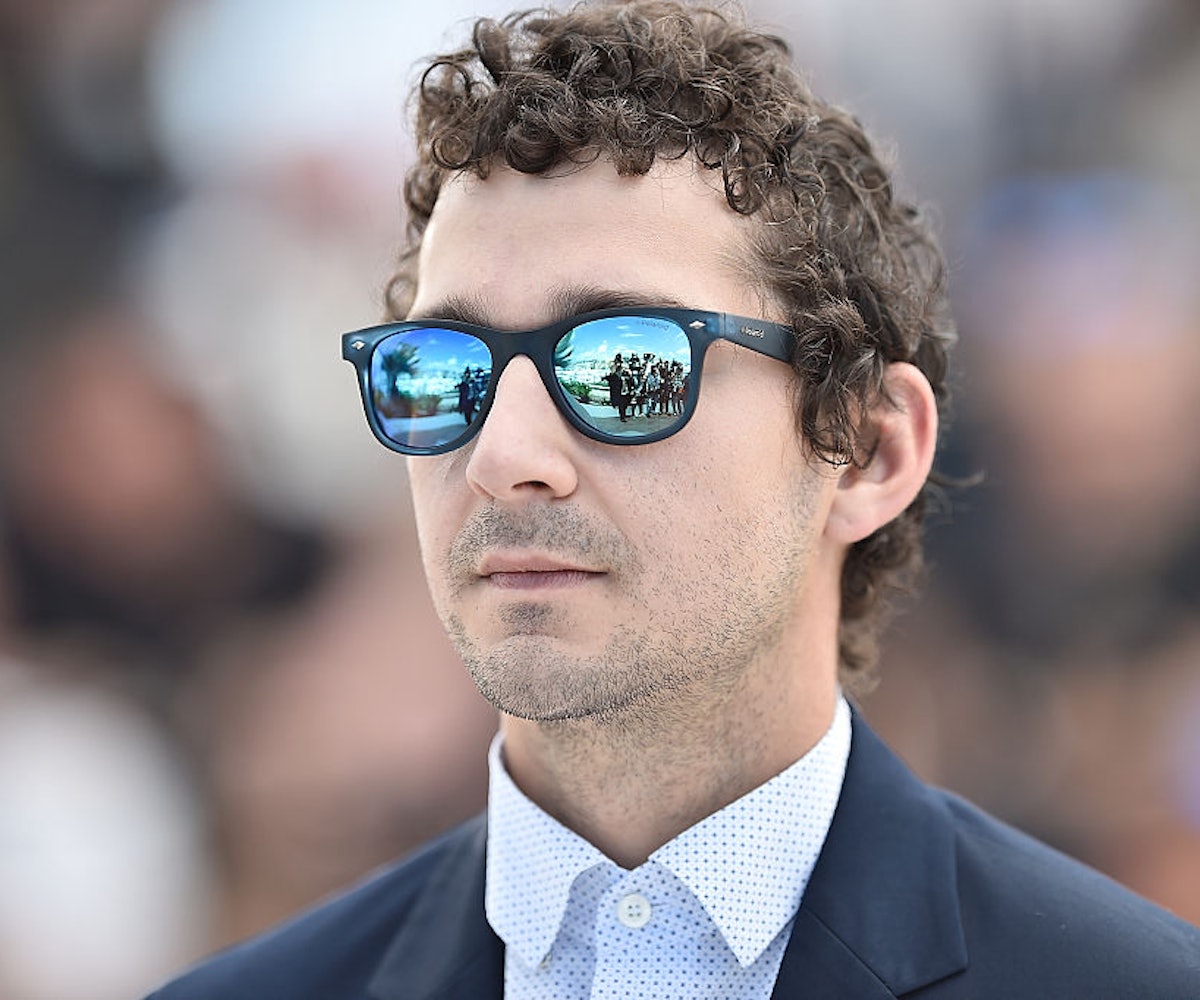 Sometimes, I try to think about what it would be like to live in post-ironic times. Oh, not because I'm anti-irony or anything. Everyone knows that snark is better than smarm, after all. Rather, the reason I'm fantasizing about a post-irony life is because it feels like, right now, our whole collective experience is ironic. It's like everything is an explicit rejection of what is known to be real. Case in point: the current holder of the title presidency.

Need another example? How about this: Today we learned that the art project by LaBeouf, Rönkkö & Turner (as in Shia, Nastja Säde, and Luke), "He Will Not Divide Us," has been shut down by its host, the Museum of Moving Image, due to "threats to public safety." In short, neo-Nazis are behaving badly (shocking!) and created such a dangerous environment for artgoers that this meant-to-be four-year-long installation has been forced to close after less than four weeks.

We recently wrote about the way in which this piece is shaping up to be one of the most important art projects of our time for the way in which it brings together the fringes of the internet in an attempt to show how we, as a nation, are still, at heart, one unified people. Isn't it ironic, then, that art which was meant to bring people together has only served to highlight just how internally divisive we really are? Yes. It is. Alanis Morissette would have a field day with this. But, me? Yeah, I'm not too happy about it.