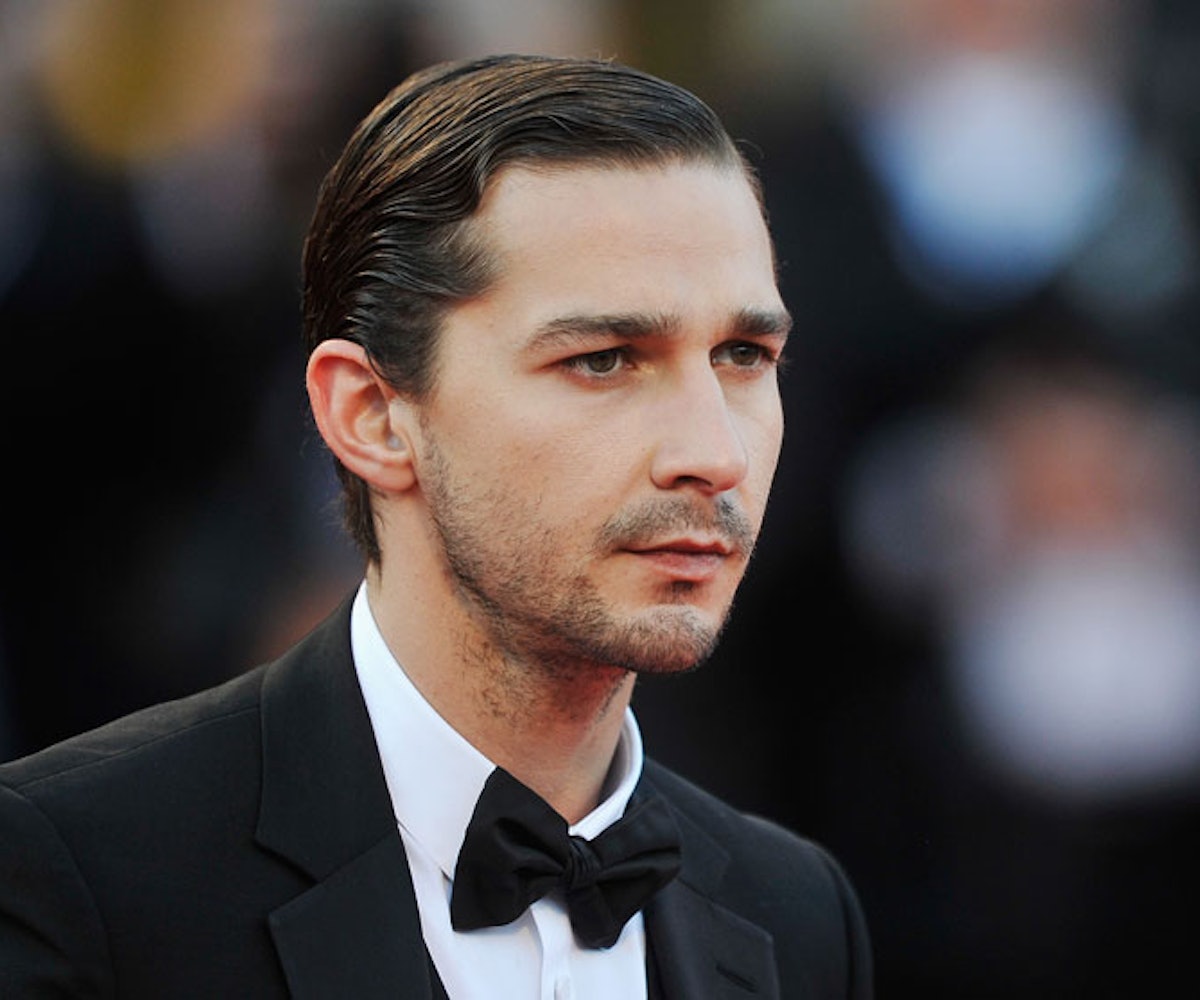 Over the years, Shia LaBeouf has transformed from the affable Louis Stevens to a serious, enigmatic actor. And, yes, as it seems is the case with every former Disney star, there were some nefarious hiccups along the way: He fought with his cast mate Alec Baldwin while rehearsing for Orphans and was later fired from the project; he was arrested for disorderly conduct, criminal trespassing, and harassment; was outed as a plagiarist for his short film HowardCantour.com; and was accused of endorsing paedophilia for his performance in Sia's "Elastic Heart." But, as LaBeouf revealed at his SXSW discussion, it hasn't been for naught.

"I think you need a sprinkle of insanity to be a good artist," LaBeouf said. "Definitely to be a good actor. It's a bit insane what we're asked to do as actors, which is get up on stage and get naked and turn around really slow and be observed and judged. A bit of trouble is needed. Good actors are troublesome. For me, finding a way to liquidate that trouble into something I can manage and play with as material has created a certain idea of what I am in the public. We work with that here."

This sentiment, while still concerning, seems to signify LaBeouf's growth over the past few months. In his cover story for Interview's November issue, LaBeouf discussed how method acting had overtaken his life. "I'm trying to find a way to have some control over my actions, my behavior, my ideas, my thoughts, my path in life," he said. "But it's very new for me. There hasn't been much off time. And when your emotional state is based on whatever you've committed to for the next six, seven months of your life, you have to be careful about what you say yes to. There's a fucking price to some movies. Some movies you don't get back what you give. I'm an insecure person to begin with, but the only thing I've ever been good at is harnessing the negative in my life." While these two declarations have the same overarching theme, LaBeouf's latest displays some accountability—it is, after all, his decision to pursue an acting career. "I am blessed with the shit in my life. I'm blessed with pain. Actors have wells of pain so they can use it. It's the same with this work," he said.

Part of his growth can, of course, be attributed to his artistic endeavors. After being accused of plagiarism for his first venture, HowardCantour.com, LaBeouf decided to seek outside help. "I was in a pretty shitty situation," he said. "I really wanted to make a short film and was so insecure about my own ideas and I love Daniel Clowes. It was shot for shot, frame by frame, word for word, his script... It got accepted at Cannes and won an award there, and then I had to answer for the fact of why there was no writer attributed to the work." He then contacted Luke Turner. "I'm quite ignorant to the whole [art] thing so I tried to reach out to people," he said. "I found Luke and wrote him a fan letter. His metamodernism manifesto really touched me." Since then, Turner and LaBeouf teamed up with Nastja Rönkkö, whose first project was LaBeouf's paper bag art piece. For this year's SXSW, the trio teamed up with Dazed to produce #FOLLOWMYHEART. For the project, LaBeouf has been wearing a heart monitor for the entire duration of the festival—you can listen to and track his heartbeat here.