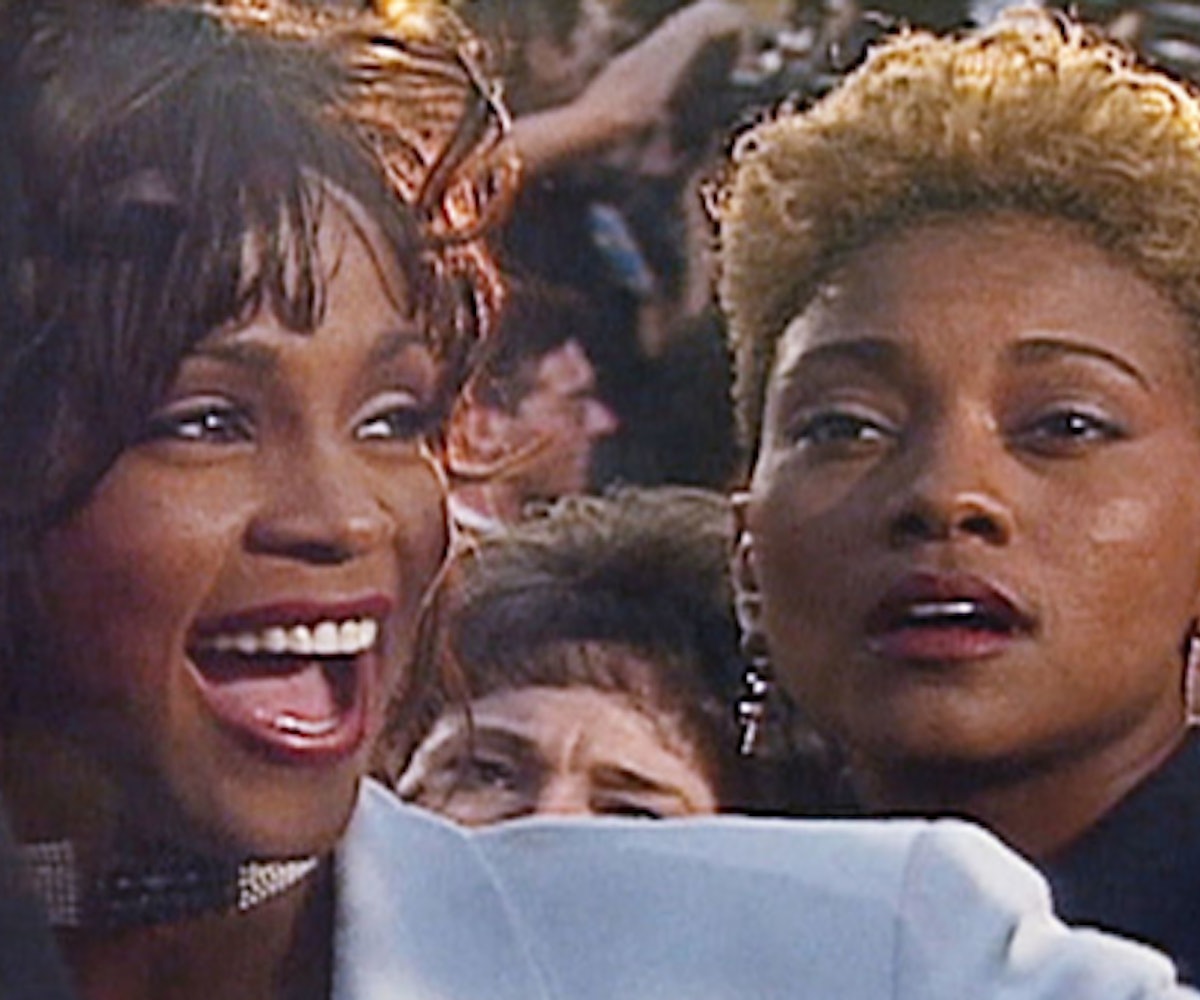 When 48-year-old Whitney Houston died on February 11, 2012, she was heartbroken. Or, that’s what Showtime’s new documentary, Whitney: Can I Be Me, aims to prove with its deep dive into the late singer’s life via exclusive behind-the-scenes tour footage and interviews with family, friends, and former band members. But that can be a difficult thesis to prove when a key voice in a narrative is missing, that of Robyn Crawford.

Two days after Houston’s death, Crawford, who was the singer's close friend-turned-assistant-turned-executive assistant-turned-creative director, wrote a tribute for Esquire, in which she told her story of meeting a 16-year-old Houston in 1979 in East Orange, New Jersey, and beginning what became a lifelong relationship. “People thought they had to protect her,” Crawford wrote. “She hated that. And that’s what people don’t understand: She was always the one doing the driving. She did what she wanted to do.”

Crawford plays a huge role in Can I Be Me. Directors, Nick Broomfield and Rudi Dolezal, establish her quickly as someone Houston was extraordinarily close with, while heavily suggesting—particularly through the remarks of Houston’s friends and family—that the two were also in a romantic and physical relationship. And specifically, one that wasn’t sanctioned by Houston’s mother and one that ultimately, imploded in the wake of Whitney’s marriage to Bobby Brown, who admits at the film’s closer that had Houston been able to live openly and/or with Crawford in her life, she’d still be alive today. But Crawford herself—minus existing footage from her days working with Houston—has no part in the documentary. She doesn’t comment, she isn’t interviewed, and she stays true to the promise she made in 2012: She doesn’t betray the late musician.

Which is reasonable, especially since the two stopped speaking in 2000 after Crawford left Houston’s employment. But the thing is, how can we fully glean the full scope of somebody’s life when a posthumous tell-all fails to include the one person whose insight would mean the most? How can we assume to know someone when, still in death, most revelations are speculative?

Ultimately, to explore people's lives after their deaths is remarkably hard. Unless based on their art or diaries (like Kurt Cobain: Montage of Heck) or consisting primarily of home footage (Amy), it’s nearly impossible to create a portrait that does justice to the entirety of someone’s existence. Which is why Can I Be Me had a momentous task ahead of it, and why, instead of focusing primarily on Houston’s career, family, or on Brown, they zeroed in on the complexities of her relationship with Crawford.

But without Crawford’s perspective, her and Houston’s relationship isn’t honored in a way that does either of them service. Crawford has continued to stay quiet about her relationship with Houston in the years after her death, and Houston never revealed details about their relationship at all. So to hear third parties speak on it feels like a continuation of the pattern leading up to Houston’s death: speculation, assumption, more conversations about it. Which makes the biggest revelation regarding our own conversations about sexuality. Mainly, so desperate to label, we interview the friends and family of a late icon to categorize her accordingly.

Of course, the nature of Crawford and Houston’s relationship isn’t for us to dissect and analyze, regardless of our tendencies to try and better understand someone after they’ve gone. But it’s what we do, desperate to understand how we could lose someone we loved and looked up to and followed and adored. And truthfully, Can I Be Me does do a good job of including a range of people from Houston’s life to paint a picture of a talented woman who was complex, ambitious, flawed, dynamic, and complicated. The thing is, when we don’t include the POV of a catalytic person, we’re still only getting a fraction of a multidimensional person.