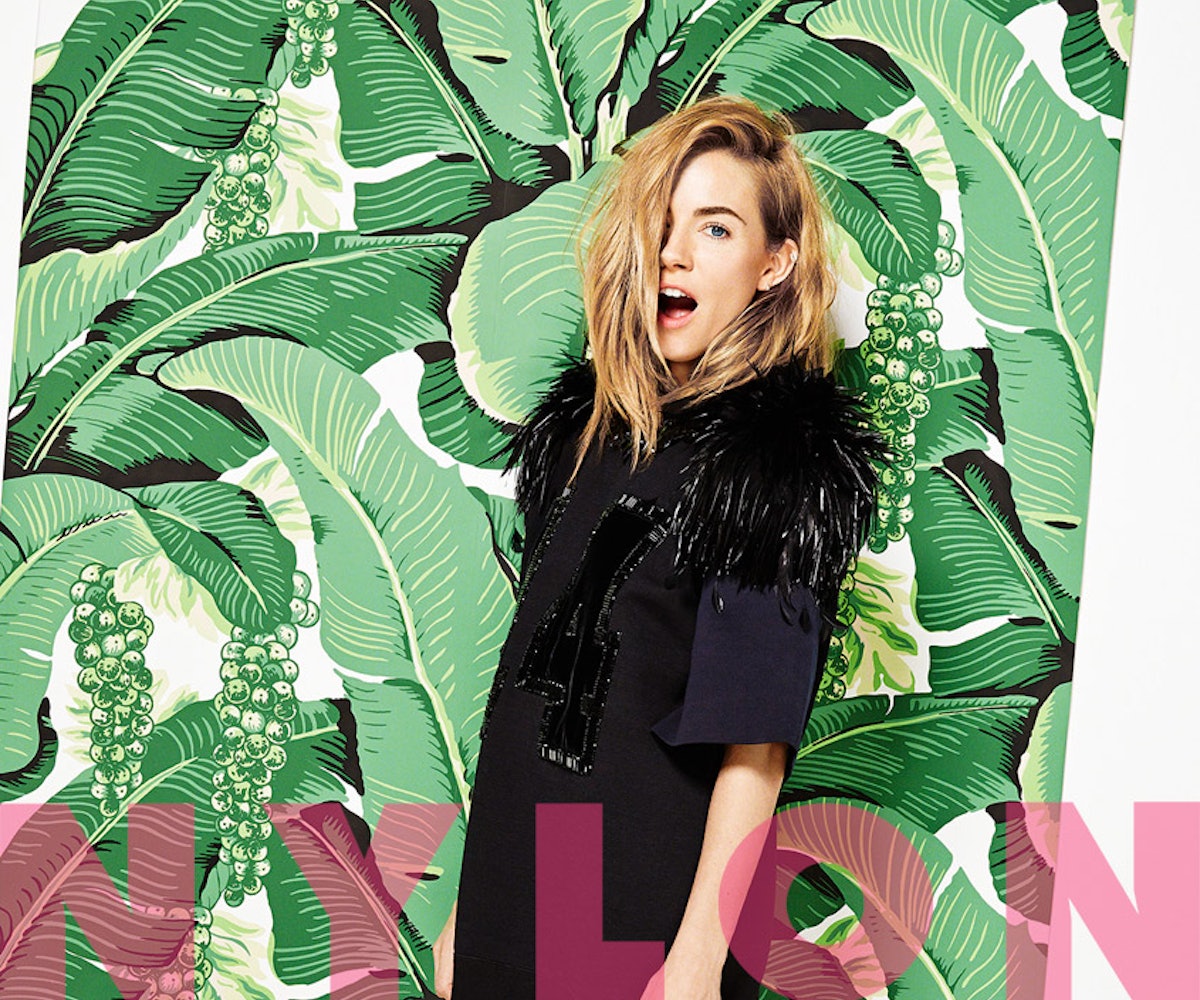 When it came to choosing a cover star for our 15th anniversary issue, obviously we had to go with a longtime member of the NYLON family. There's no better epitome of this than Sienna Miller, actress, fashion star, and perpetual It girl. This month marks the Londoner's fourth NYLON cover cameo--and now that she's engaged (to actor Tom Sturridge), a mother, and possesses a whole new outlook on acting--Miller has certainly grown up. However, she's just as cool (or even cooler, if that's possible?) this time around. Get a sneak peek of her interview below, check out her photoshoot in the gallery, and pick up NYLON's April issue on newsstands now. On ending her fashion line, Twenty8Twelve:"We were designing a really big collection in the end....I think maybe I'd be more fulfilled being a couturier or something, or doing 10 amazing pieces a season."

On her new acting outlook:

"If I go to work and have to sob all day and kill myself thinking about every sad thing that's ever happened, I'll get home feeling like I've flexed some sort of muscle."

"I've gotten to the point where I feel much more confident in myself and my ability. If you start to feel that, inevitably, it will affect your work and your perception."