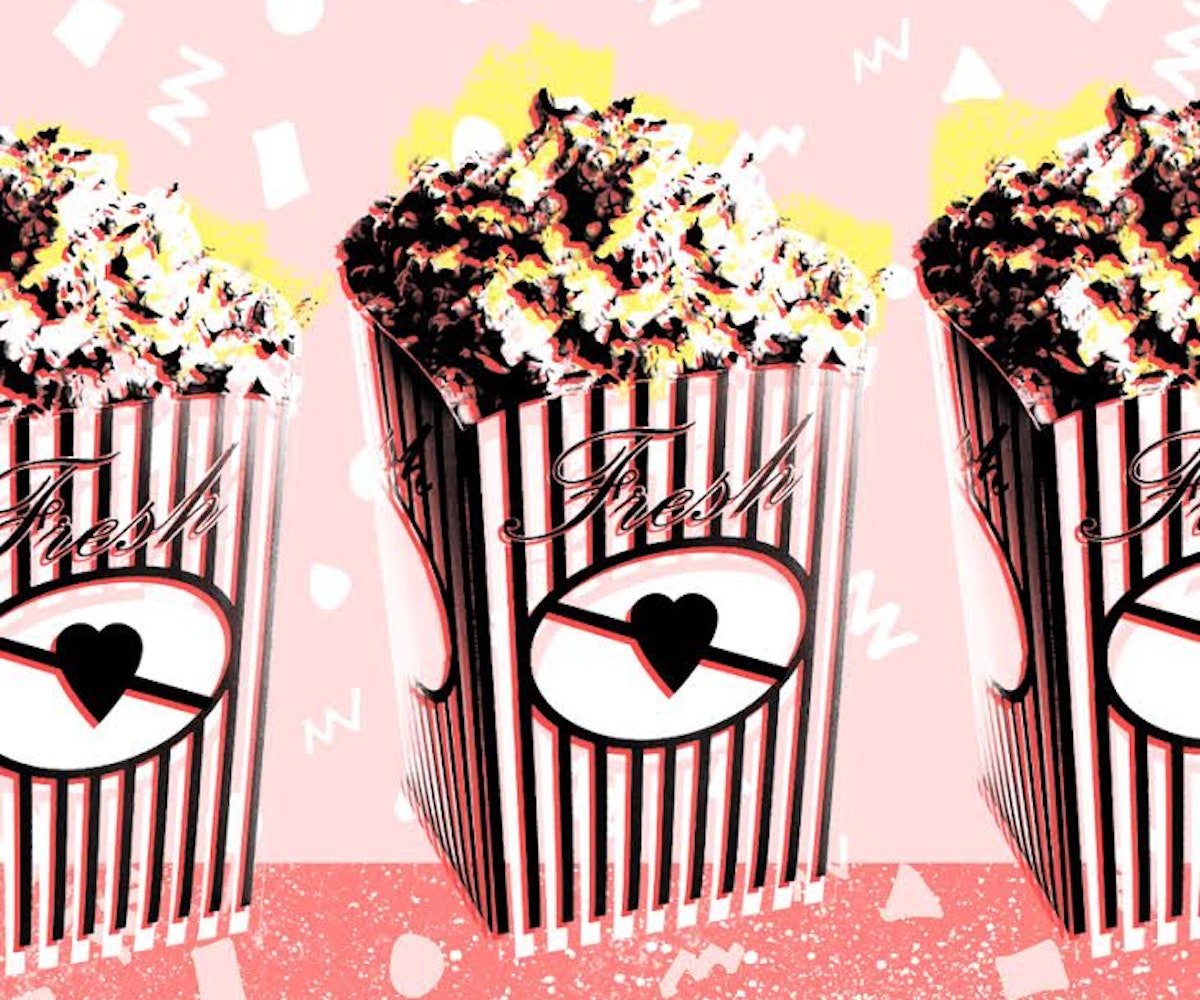 Being single this time of year can either be an unacceptable mark of shame, or it could just be whatever. That really depends on you. But if you are single this Saturday night when most of your friends are doing the candlelight dinner thing blah blah blah, fear not: here's a list of movies you can watch that will remind you that love isn't all you need.

Frances Ha is a rare jewel: a movie about a young woman (an incredibly likeable Greta Gerwig) trying to find a sense of place and purpose in the big city, that does’t revolve around a romance. Frances wants to be happy, and she doesn’t need a man to do it.

Not only is this the squirm-inducing  movie that gave Ellen Page to the world (thank you, squirm-inducing movie!), but it’s also the movie where a methodical 14-year-old girl gets vicious, visceral revenge on a pedophile. It’s disturbing—and delightful—stuff.

Zack Snyder’s pop anime fever dream was mocked when it came out, as it deserved to be—it’s a hot, glorious mess (emphasis on the hot). But sometimes it’s fun to just watch a gang of girls annihilate anything that stands in their way.

The Diary of Anne Frank

A poetic, powerful portrayal of a teenage girl grappling with real problems with courage and grace.

The movie where Reese Witherspoon announced herself as a major talent, Election is a portrait of ambition gone haywire. Witherspoon's Tracy Flick will stop at nothing to win her student body's presidency, and her ruthlessness, although hidden behind a sunny veneer, is palpable in almost every scene she's in.

The fourth film by Quentin Tarantino opens at a bridal party, but it’s not that kind of movie. Within moments, everyone there is dead. Almost everyone. This unapologetically unromantic revenge fantasy never looks back as Uma Thurman’s The Bride skillfully dispatches her enemies with the help of her one true love: a samurai sword.

You know what Amy Schumer, Rachel Feinstein, Nikki Glaser and Marina Franklin have in common? No, not their lady bits; they are all freaking hilarious.

Honey Badgers: The Masters Of Mayhem

Guys, what is more bad-ass than a honey badger? They clearly do not give a damn.

This Korean thriller is not for the weak or the gore-averse. But the third installment of Park-Chan Wook’s Revenge Trilogy (which includes Old Boy) is so moving, it’s worth a watch, even if it’s a tricky one. A story of a woman who lost everything protecting her child is evocative and brutal, and gives new meaning to the old saying, “Hell hath no fury...”

NEXT UP
Life
ask a witch love spells
Entertainment
9 Films To Stream After Watching ‘Don't Worry Darling'
Life
Rachael Finley Never Got A Guide To Life, So She Wrote Her Own
Life
NYLON Newsletter: October 4, 2022