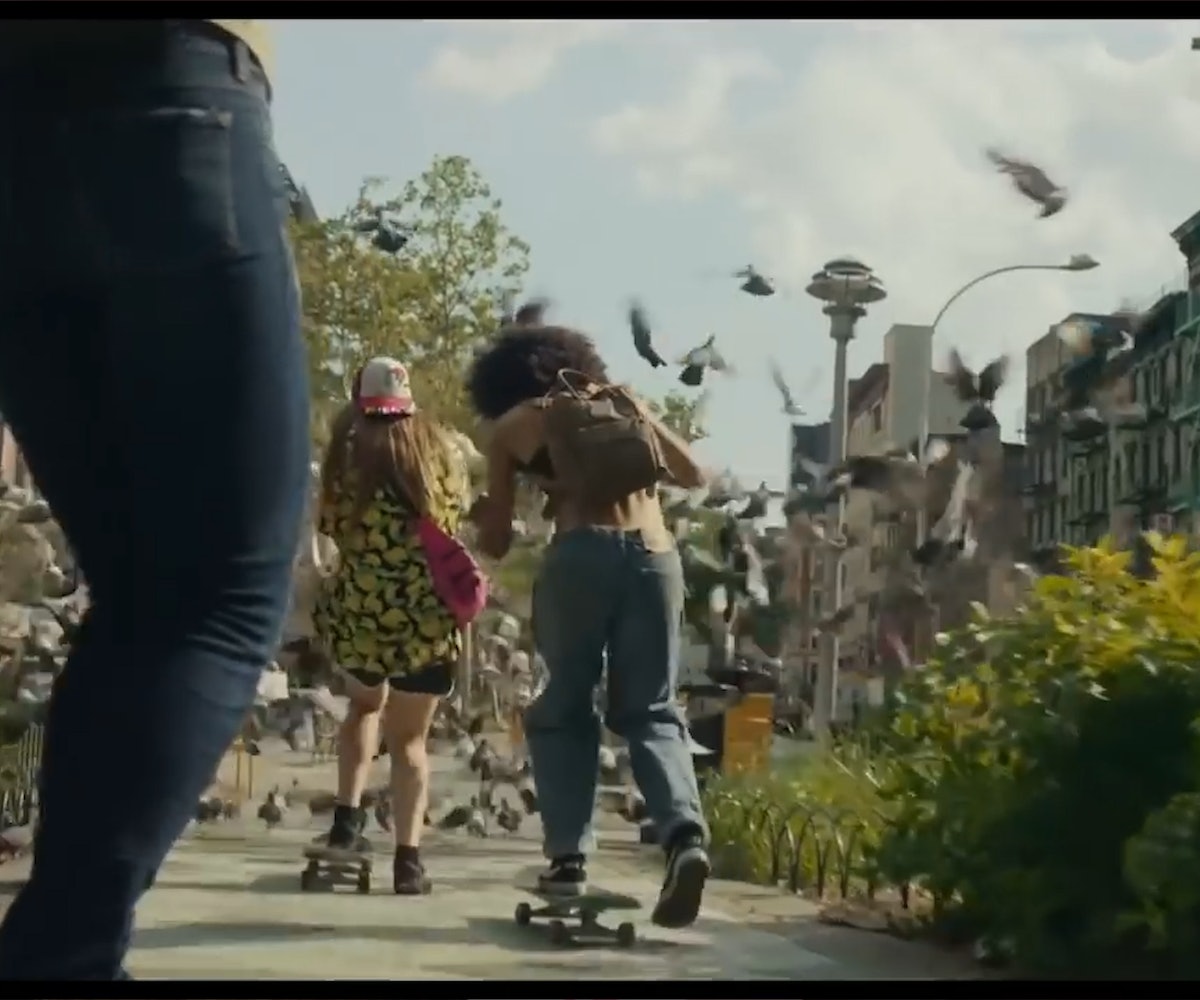 We sat down with some of the actors from the new film Skate Kitchen, which centers around a group of skateboarding girls in New York City. While the film is fictional, it is reflective of the lives of the actors—every event in it had actually happened to one of them in real life, and they say that the most important aspect of the project was representing the real-life girls in the skate scene, and showing how empowering being involved in such a community can be. Says Rachelle Vinberg, who plays the lead character, Camille: “I think it’s important to focus on encouraging girls to come out [to skate] because it can be intimidating.”

Skate Kitchen is in theaters now. Watch our chat with the actors.