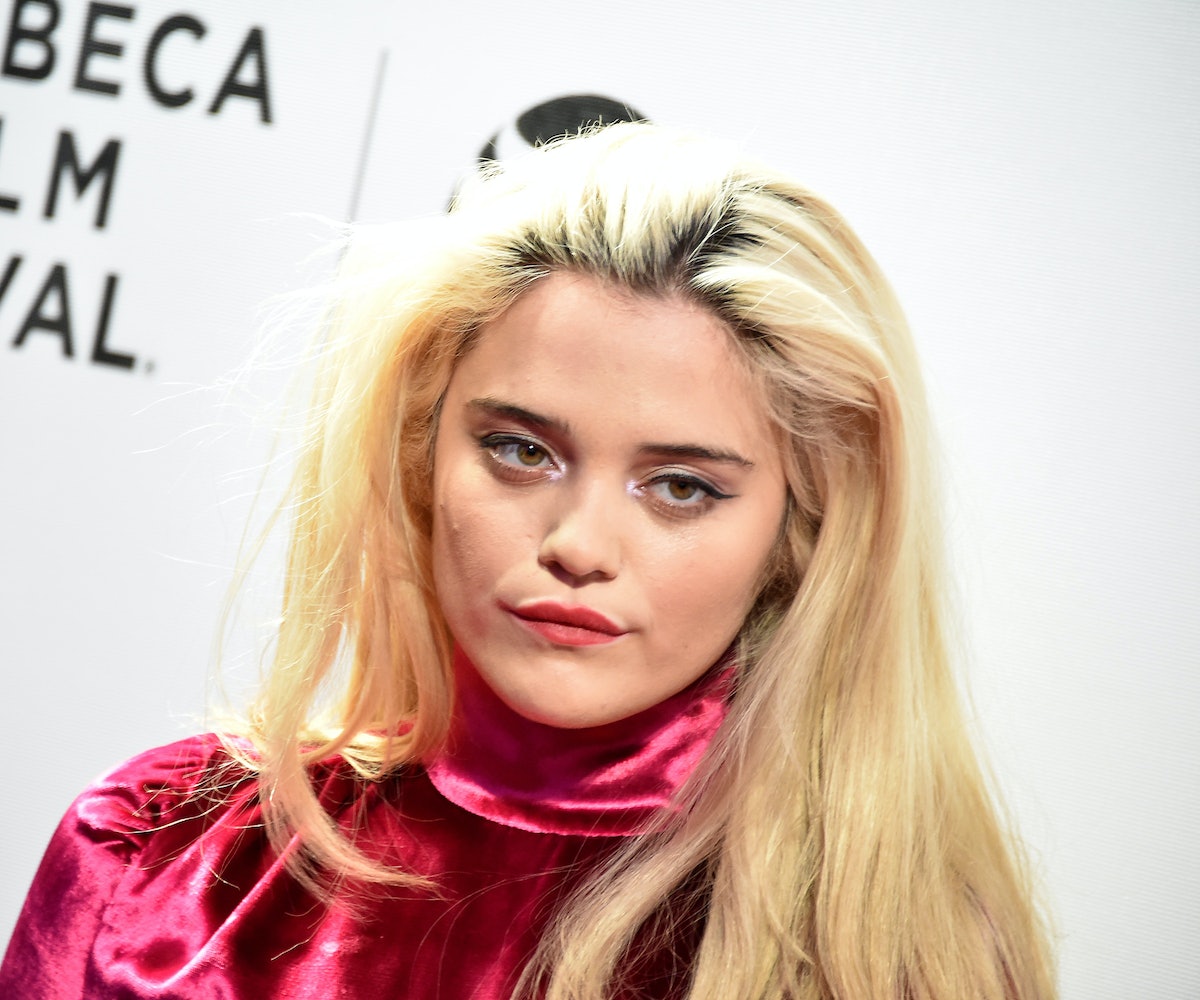 Sky Ferreira has spoken out against an overtly sexist L.A. Weekly profile about the singer, called "Sky Ferreira's Sex Appeal Is What Pop Music Needs Right Now." The article, which chose to focus on Ferreira's physical attributes over her artistic achievements, used a litany of misogynist language that the magazine's music editor, Andy Hermann, has since apologized for.

In the piece, writer Art Tavan, who's billed as "L.A. Weekly's angriest (and nerdiest) music critic," calls Ferreira "a more cherubic Sharon Stone, icy but also sweet, like a freshly licked lollipop." He also compares her to Madonna on more than one occasion, writing: "Both Sky and Madonna have similar breasts in both cup size and ability to cause a shitstorm." If that wasn't bad enough, Tavana added that "Ferreira looks like a dirtier Madonna: square jaw, strong eyebrows, lulled green eyes, crucifix, bleached blond hair, translucently pale skin and killer tits."

Ferreira, meanwhile, took to Twitter to address the blatant sexism of the piece, which according to the singer, is something she's used to. "95 percent of articles & interviews about me have had something offensive, false or (sometimes extremely) sexist. Some have been more passive aggressive or subtle & socially acceptable. I'm obviously a lot more than my 'sex appeal' or my 'knockers,'" she wrote. "I'm not ashamed of either of those things either."

Ferreira went on to thank those who condemned the article, writing: “I’m not a think piece. I’m not a f—ing example. I’m glad that this is making people think & conversation is happening & I appreciate people speaking against it and being vocal.”