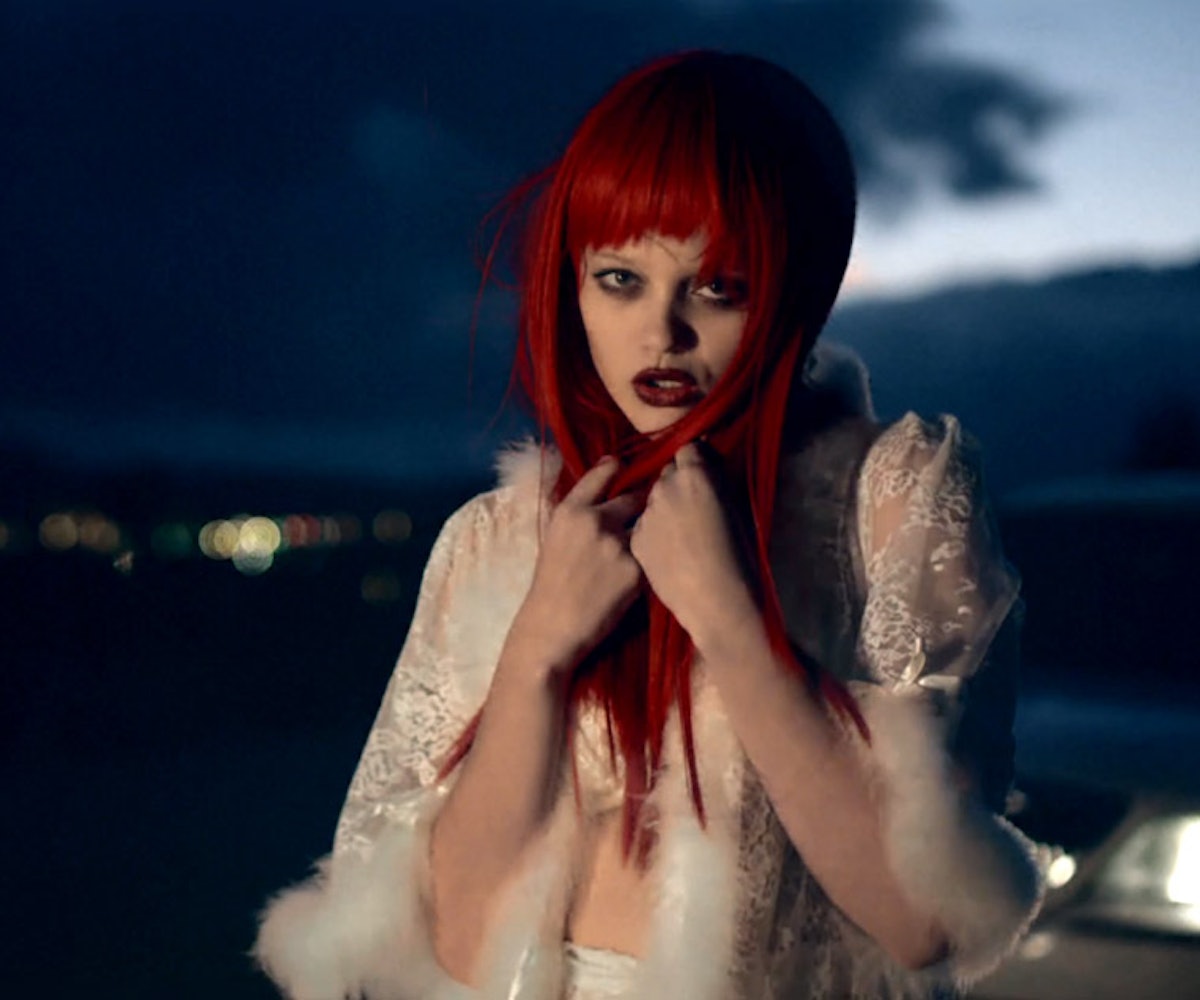 Sky Ferreira’s new album Night Time, My Time has been filled with buzz-worthy news, from her nude album cover to her tour with Icona Pop and Miley Cyrus. But the latest Ferreira news might be the best news yet because it’s that the video for the record’s title track, ”Night Time, My Time,” is finally here. And it’s awesome. Watch the whole video, directed by Grant Singer and Michael Stine below. Here’s what we love about the it, agree or disagree? Tell us on Twitter and Facebook!

2. Ferreira’s Wigs: She varies between and Uma Thurman in Pulp Fiction black bob to an electric red long wig with bang, proving that she can have any hairstyle under the sun and still look awesome.

3. Some Covertable Meadham Kirchoff-esque Outfits: As if we didn’t already want everything from Topshop’s Meadham Kirchoff collaboration line already, Ferreira’s baby doll dresses and platform Mary Jane pumps are getting us in the spend-y mood.