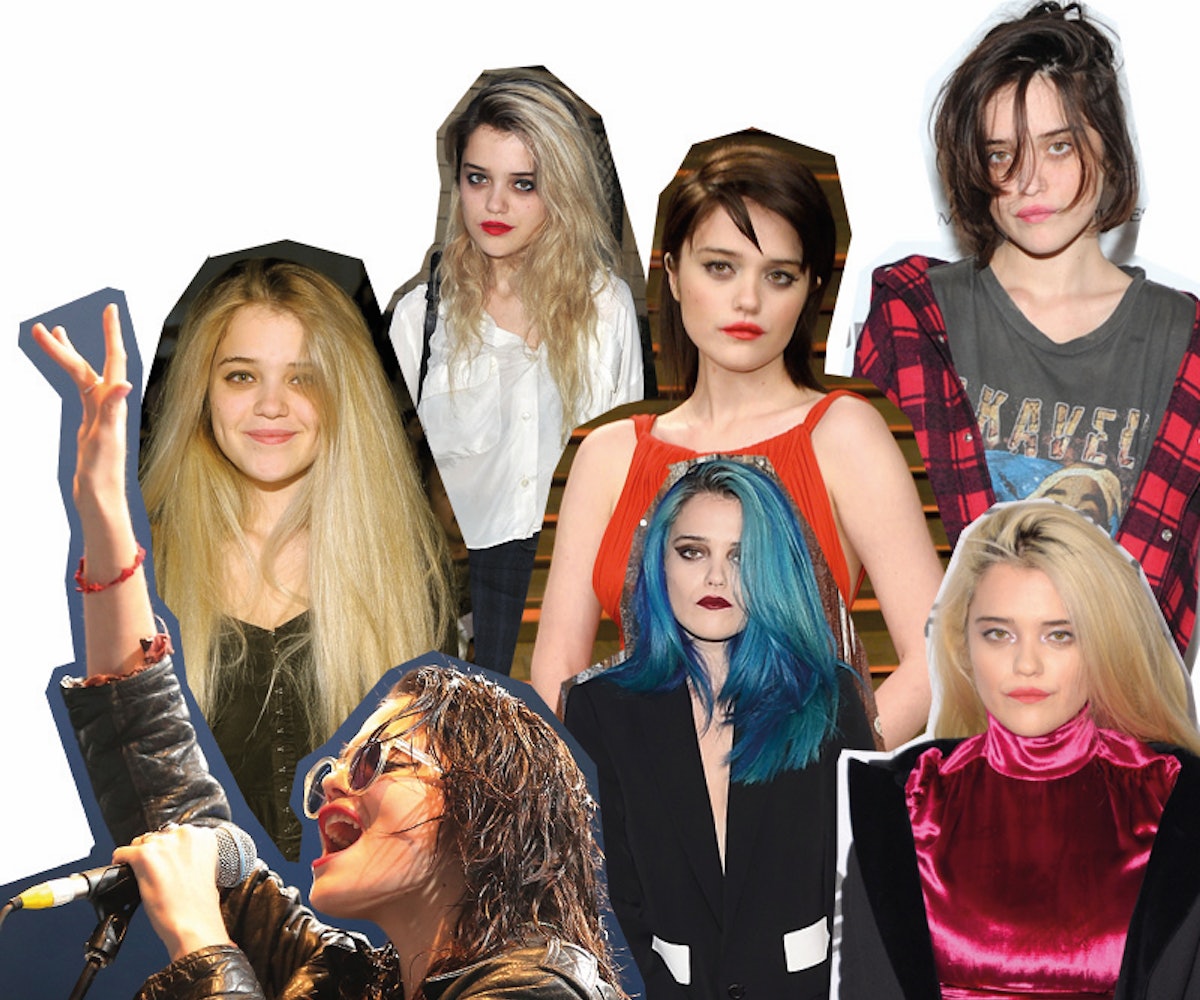 Sky Ferreira has been on our radar for as long as we can remember, but she became a household indie darling after releasing her Ghost EP into the world back in 2012. Through the ups and downs, the alt-pop star has never backed down. When faced with criticism, she bites back—hard.

While her time in the spotlight hasn't always been the most glamorous, Ferreira has managed to stay true to herself no matter the situation. Maintaining control in an industry that wants to swallow you whole is difficult, and for that, we salute her.

On this day 24 years ago, Ferreira was born. In honor of this special occasion, we wanted to celebrate by highlighting some of her best moments. We present you with the 10 times Ferreira was so relatable that it hurt. Let these words of wisdom soak deep into your brain.

Most of the time, moms are right about everything. In Ferreira's case, she doesn't have a regular mom—hers is a cool mom. In an interview with Into The Gloss, she revealed that she even steals her mom's lipsticks so there's that.

Honestly, same. After backlash from LA Weekly's profile on Ferreira finally started to simmer down, she weighed in on the issue at hand. Male critics often look at Ferreira as an object instead of a talented artist, and she didn't hesitate to call them out for their sexist BS. On a more positive note, her statement sparked a conversation within the industry so she deserves some major snaps.

"Haters Anonymous" is the most underrated Ferreira song of all time. Don't @ me. As If! is a true pop gem.

In an interview with

Ferreira explained what it means to be a "hard feeler" among other unique traits. She further went into how she self-identifies as a masochist, which means she feels like she needs to suffer with her music in order to feel like it's a success. Dark stuff.

was one of the most emotional tracks on

, but no one would have expected the music video to be so controversial.

It's no secret that Ferreira has dealt with cyberbullying. Some troll pushed her over the edge and she spoke her mind about the culture in

In an interview with The FADER, Ferreira opened up about her complicated life in the spotlight following her deal with Capitol Records. She explained that her musical intentions didn't match up to those of the businessmen controlling her contract; they tried to keep her constrained in an American Pop Princess bubble, in turn, leaving her feeling tortured and trapped.

In an interview with

, Ferreira talked about her "embarrassing career injuries" like vocal cord afflictions and getting arrested. Despite the setbacks, she intends on keeping her mistakes in the past and moving on far, far away from them. Preach, sister.

Ferreira was fed up with the media claiming that her forthcoming album Masochism was delayed and went off about it on Twitter. To sum it all up, she'll be dropping it when she's ready. Bye.

This was the single that started it all. "Everything Is Embarrassing" was a collaborative effort with Dev Hynes and launched Ferreira into pop music stardom.