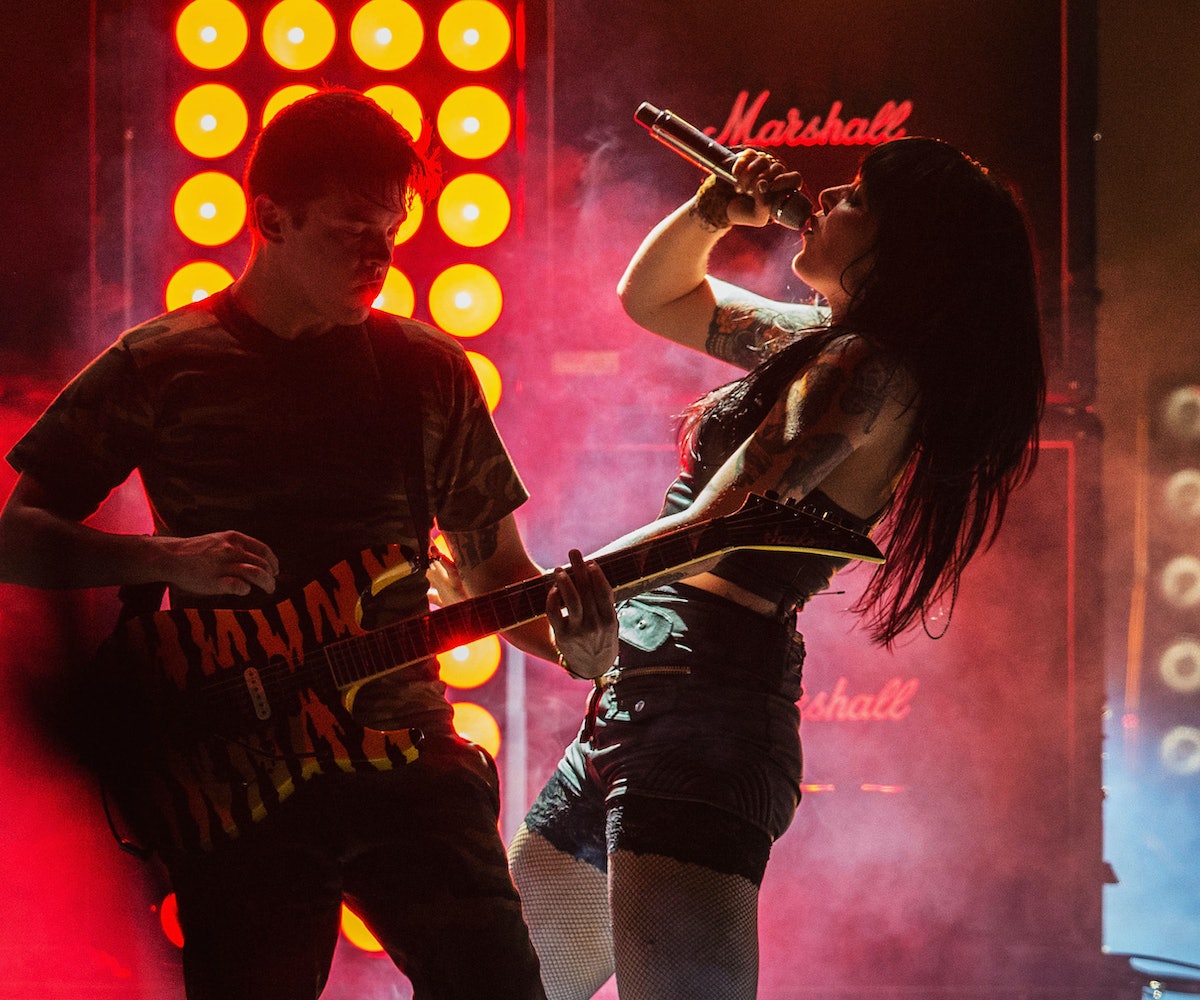 Well, this is unfortunate. Alexis Krauss and Derek Miller, the brash rock duo that makes up Sleigh Bells, are suing Demi Lovato for copyright infringement. They're claiming that she and her producers knowingly sampled their track "Infinity Guitars" off of their debut album, Treats, for the Lovato song "Stars."

The allegation surfaced last year when Miller tweeted that Lovato and her team sampled "Infinity Guitars" and the song "Riot Rhythm" without clearing with them.

While"Riot Rhythm" isn't named in the lawsuit, "Infinity Guitars" sure is, and its hard to dispute the claim. The harsh, booming beats in both songs bear a striking similarity. "A comparison of the two songs reveals that, at the very least, the combination of the hand claps and bass drum, structured as 3 quarter beats and a rest, with the bass drum providing a counter-rhythm to the hand claps, is at least substantially similar in both works," reads the complaint. "This infringing material repeats throughout the Defendants’ song." Sleigh Bells insists these similarities transcend the realm of coincidence or shared genetic material, and inform the very essence of the works.”

Also named in the suit as defendants are UMG Recordings and the song’s producers, Carl Falk and Rami Yacoub, who denied using any samples in the song last year. "We did not use any samples in Demi Lovato's song 'Stars,'" they said at the time through Lovato's reps. "Demi was also not involved with the production."

The question of whether the production duo used samples or not might not matter. Last year's landmark ruling in the case of "Blurred Lines," where Robin Thicke and Pharrell Williams were found liable for copyright infringement, shocked the music industry, and many observers felt that it was setting a dangerous precedent. Thicke and Williams didn't lose because they sampled Marvin Gaye's "Got to Give It Up," but because they allegedly copied the song's "feel" and "sound." In that case, Lovato and her team could be in some trouble. Listen to both tracks below and decide for yourself.