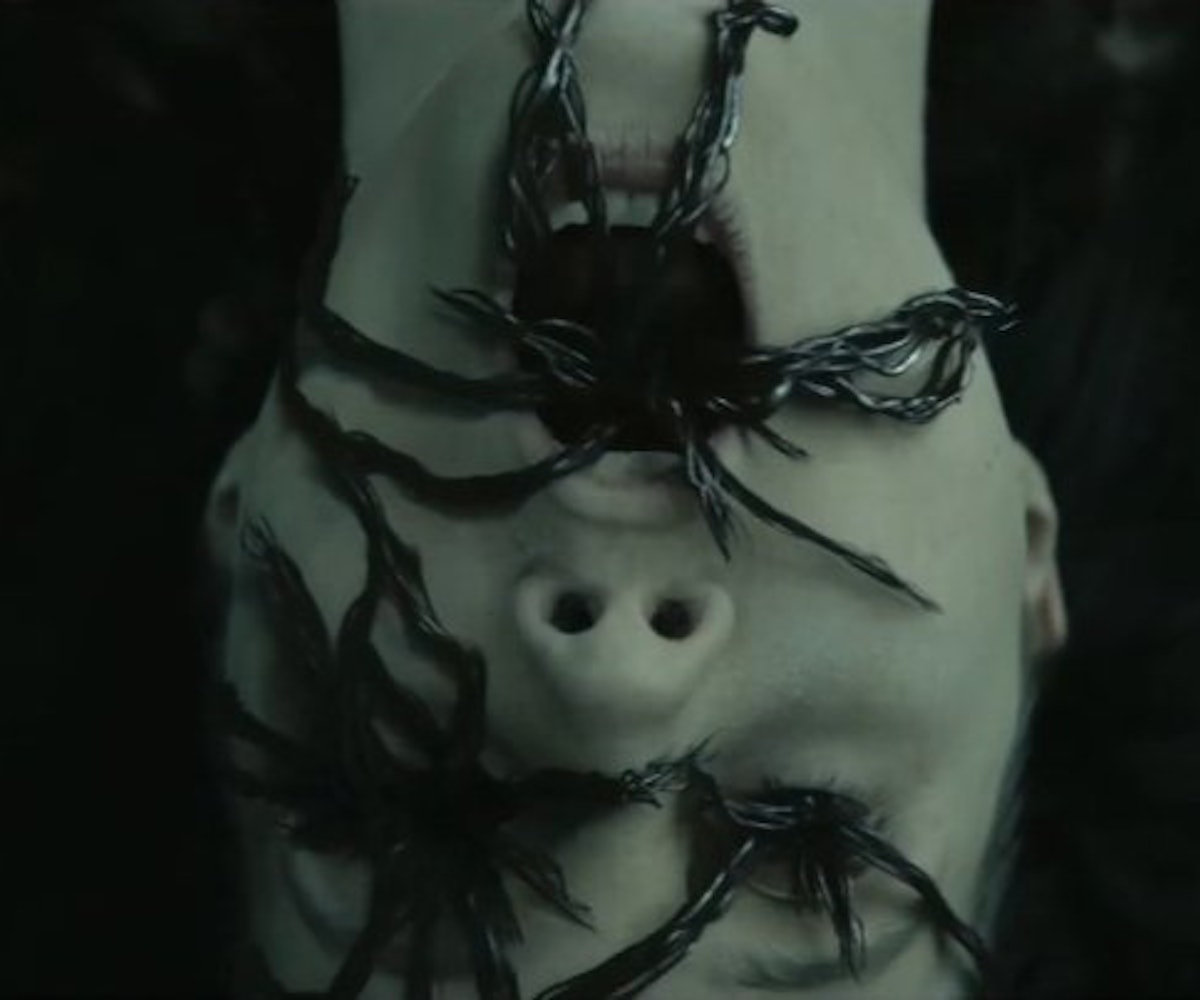 Be prepared to lose a lot of sleep this spring, because a new movie about Slenderman is coming to the big screen. The meme-turned-modern-day horror folklore has been adapted to film for your nightmare-inducing viewing pleasure, and it's just as horrifying as you'd expect. The film's first trailer was released today and features a lot of gory stills featuring blood, creepy insects, and abducted children. Slenderman himself also makes a brief appearance.

Aptly titled Slender Man, the film follows the lives of four high school girls in a small Massachusetts town as they perform a ritual to debunk the myth of Slenderman. When one of the girls is abducted by the faceless monster, chaos ensues.

Slender Man was written by David Birke, who also wrote the script for the new St. Vincent-directed adaptation of The Picture of Dorian Gray, and Victor Surge (real name Eric Knudsen), who is credited as Slenderman's creator. The film is directed by Sylvain White, who directed I'll Always Know What You Did Last Summer and Stomp the Yard.

Slender Man is slated to release on May 18 and is the most recent adaptation focusing on the character following HBO's 2017 documentary, Beware the Slenderman.

See the trailer at your own discretion, below.

NEXT UP
Culture
M3GAN S3QU3L Will Be Released January 2025
Fashion
A Bode Women's Line Is Coming
Astrology
January 2023’s New Moon In Aquarius Is All About The Big Picture
Beauty
Pat McGrath Just Dropped A Romantic New Makeup Collection Just In Time For Valentine’s Day
Style + Culture, delivered straight to your inbox.