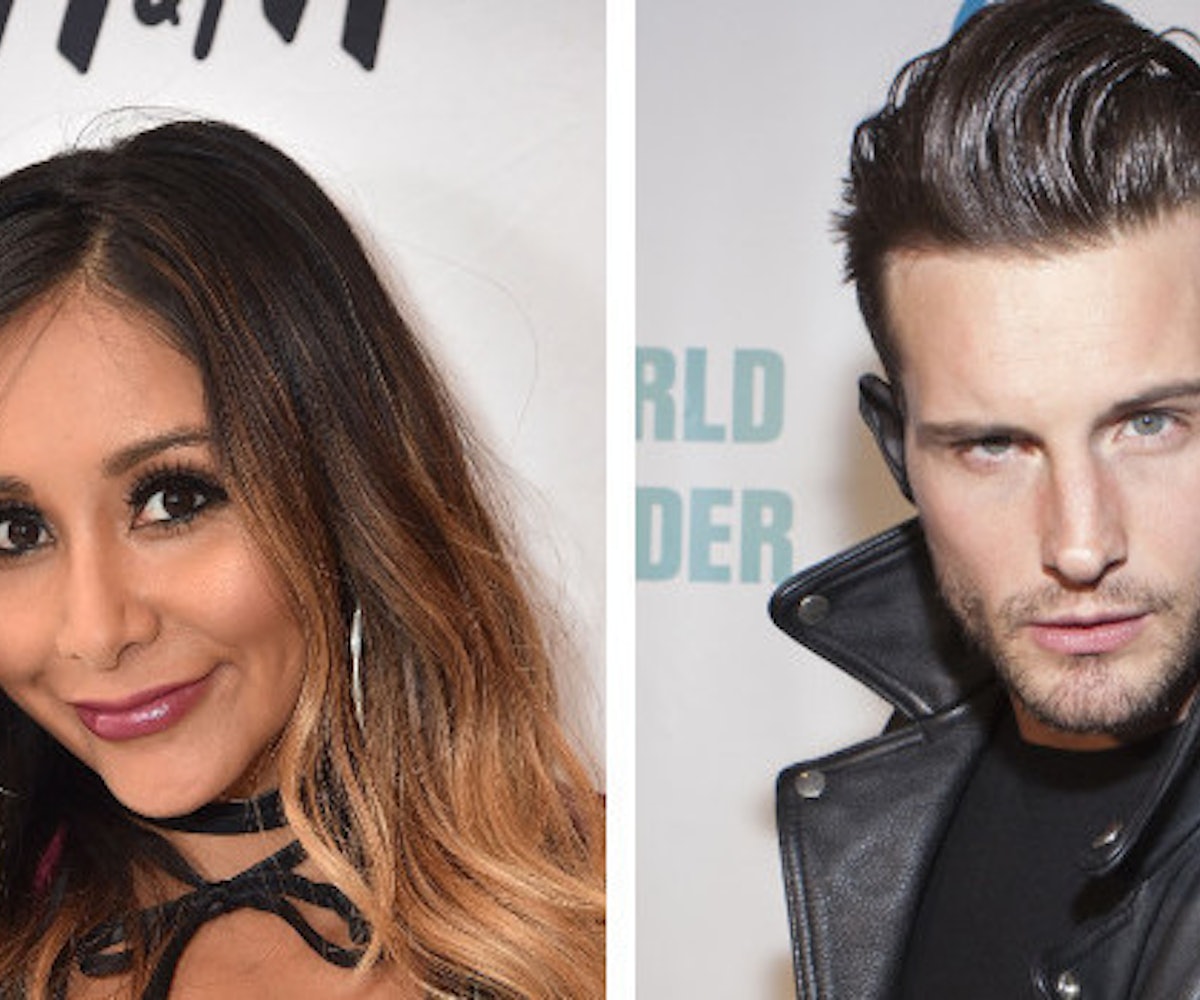 Jersey Shore's Nicole "Snooki" Polizzi is returning to MTV for (another) new reality show. This time, it's about tattoos.

Snooki is set to host the American version of MTV's popular reality show Just Tattoo of Us alongside Younger's Nico Tortorella.

According to Deadline, the show asks pairs of couples, friends, and family members to design tattoos for each other. The twist? Their blindfolded partners won't be able to see the tattoo until they're done.

Produced by Big Fish Entertainment, Just Tattoo of Us has been dubbed the "ultimate experience of trust." Because while there are probably some heartwarming stories behind a few of the pieces, as evidenced by the original show's Twitter, it appears that most people use the opportunity to clown on their "loved ones." Yikes. Check out a few of the show's gnarliest tats, below.

NEXT UP
culture
Anna Delvey Is Getting A Reality TV Show
Culture
13 Valentine’s Day Gifts Under $100
Beauty
“Birthday Makeup” Is Sparking A Battle of The Sexes On TikTok
It Girl
Madison Bailey Is Embracing The "Elegance" of Being in Her Mid-20s
Style + Culture, delivered straight to your inbox.