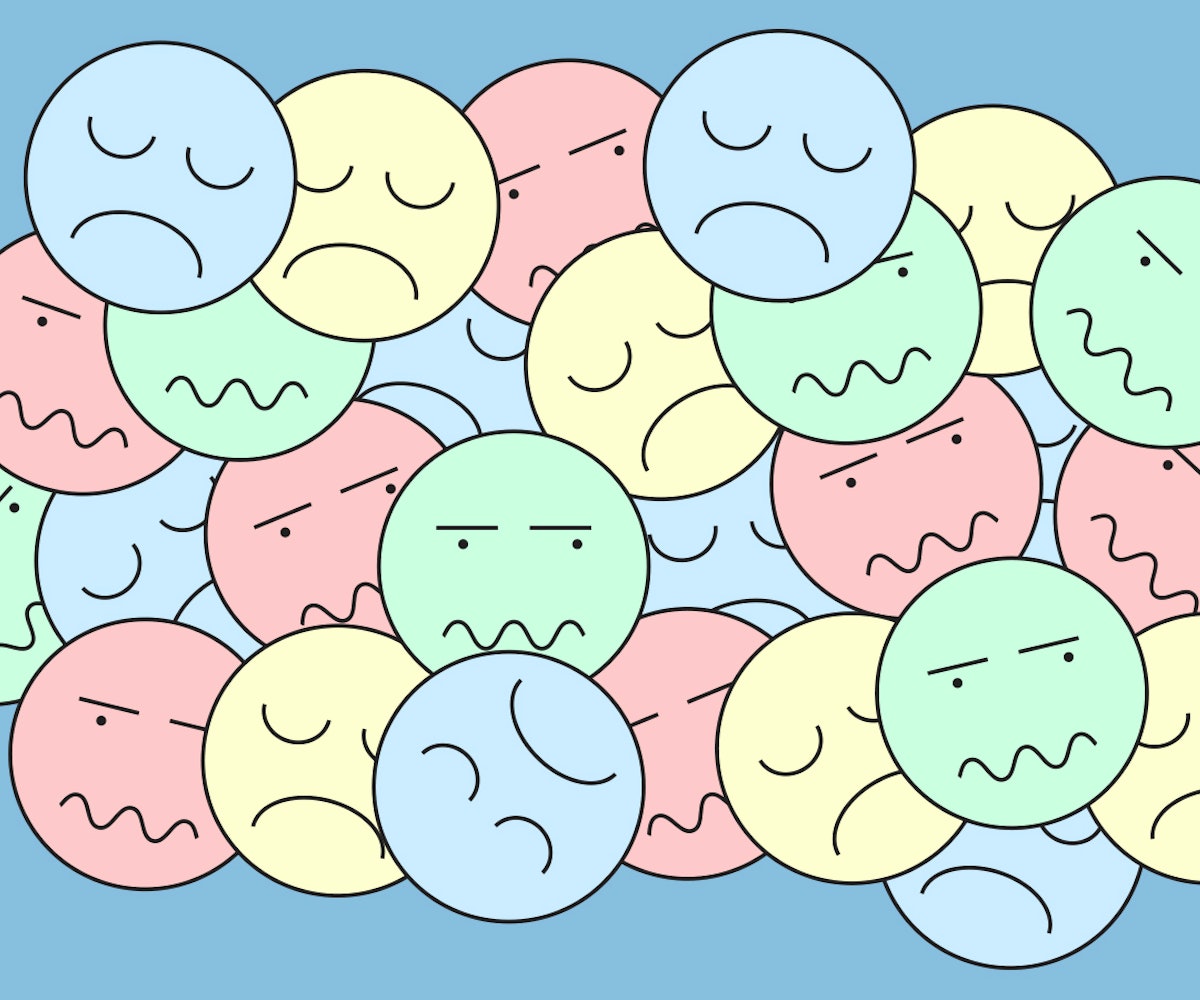 Social media does not play nicely with our emotions. This is a fact we know to be true, either because we've read one of the latest studies or we've felt it firsthand. Likes equal validation, which equal acceptance. In April, University of Pittsburgh School of Medicine researchers found that young adults are morel likely to be depressed when they spend more time scrolling through social media. Now, a new study published by Computers in Human Behavior this month builds off of that, observing the depression/social media correlation via how many platforms a user engages with.

Researchers, again at the University of Pittsburgh, surveyed nearly 2,000 adults between the ages of 19 and 32. They measured participants depression and anxiety symptoms and how many social platforms they used. What they found is that participants who engaged with two or less social media platforms were at a lesser risk of depression and anxiety. Those users that engaged with seven to 11 platforms "had substantially higher odds of having increased levels of both depression and anxiety symptoms." Seven platforms sure sounds like a lot, but Facebook, Twitter, Instagram, Tumblr, Snapchat, and Pinterest easily make up six; YouTube, if it's still considered to be social media, easily rounds out seven; throw in Tinder and other dating apps, and you can quickly rack up to 11.

What the study doesn't say is that these apps and their continued use cause depression and anxiety. Rather, they contribute to the symptoms. Brian A. Primack, the study's lead researcher, told PsyPost social media users could very well be on the hunt for spaces they feel safe. "However, it could also be that trying to maintain a presence on multiple platforms may actually lead to depression and anxiety," he says. "More research will be needed to tease that apart." The key, then, is to keep yourself and mental well-being in check. Unplugging may be beneficial, it may not be. May 2017 be a year of conscious social media'ing.

NEXT UP
Culture
Spotify Wrapped Is The Only Social Media That Doesn’t Lie
Culture
Not One, But Two BTS Documentaries Are Coming
Culture
Simona Tabasco Is the Lifeblood of The White Lotus
Culture
Mowalola Teams Up With Bratz For A Daring, High Fashion Collection