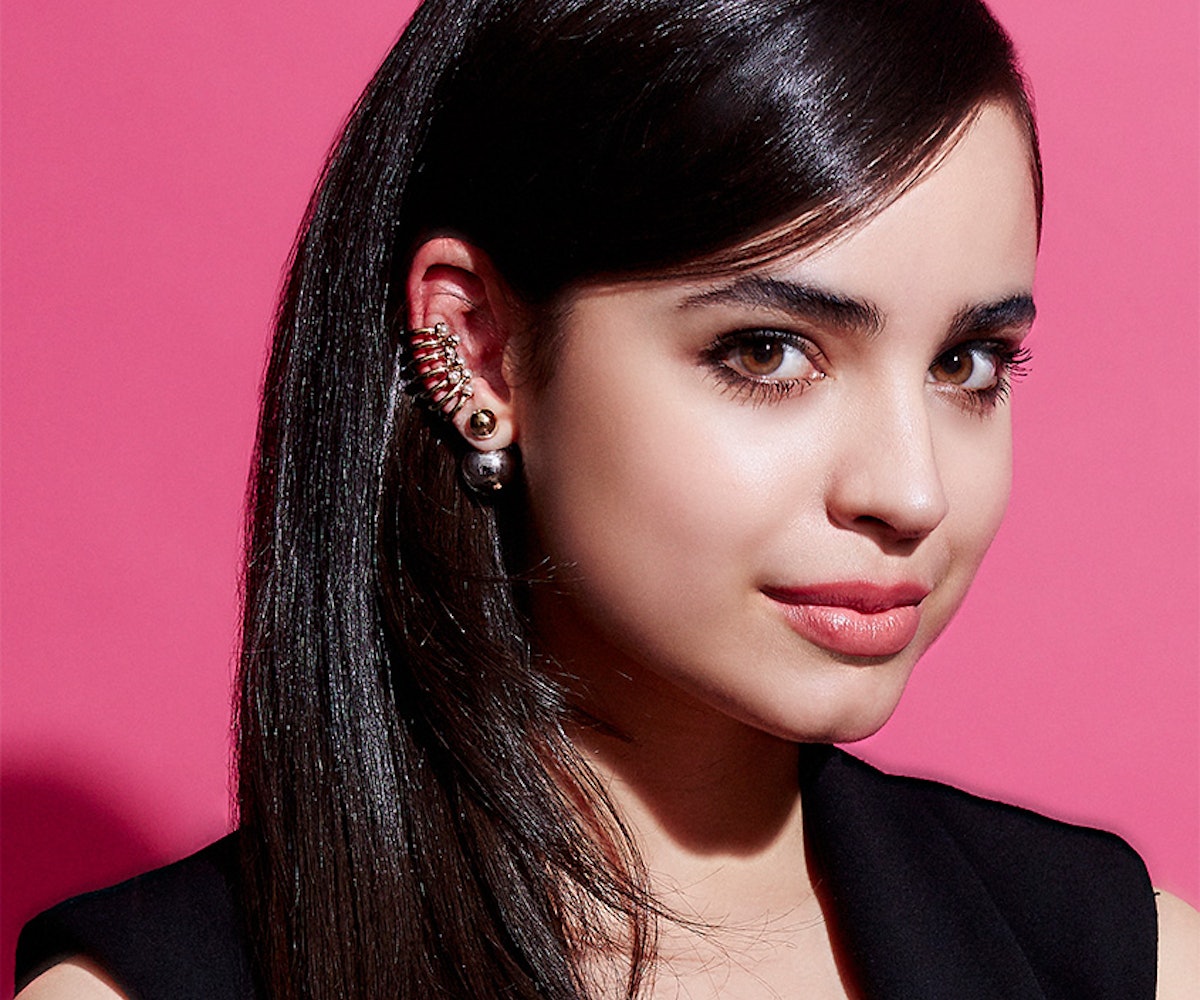 Have you ever wondered what happened to all of the fairytale characters you love—and love to hate—after their stories ended? Did Cinderella and Prince Charming really live happily ever after, or did they fizzle out faster than a Bachelorette hookup? What if they had a kid, and he hung out with Belle and the Beast’s son, or the daughters of Mulan and Sleeping Beauty, and the children of your favorite baddies, too, like Cruella De Vil, Maleficent, The Evil Queen from Snow White, and, let's say...Jafar from Aladdin?

On July 31, The Disney Channel debuted Descendants, which is basically a mashup of all of the singing and dancing from High School Musical (Descendents is also directed by HSM mastermind, Kenny Ortega), the storybook character co-mingling of Once Upon a Time, and Gossip Girl-style scheming and backstabbing. Could the premise get any better for a guilty pleasure we know we’re too old to be watching? Nope.

In Descendants, the teenage son of the Beast and Belle is the next in line to take the throne in Auradon. His first official proclamation: To offer a chance for redemption to all of the super-villains’ kids by freeing them from exile and to allowing them to attend the prestigious Auradon Prep School, along with those who were born of "happily ever after."

Enter Sofia Carson, the 22-year-old from Ft. Lauderdale who plays The Evil Queen’s daughter, Evie. The rising Disney star stopped by the NYLON offices to chat about how good it is to be evil—onscreen, of course.

Tell us about Evie.

Being her mother’s daughter, she was raised to believe that all that mattered in life was her reflection in the mirror, and that she needed a Prince to sweep her off her feet and to give her a happy ending. So, when you first meet her, she’s on the hunt for Prince Charming. But she quickly realizes that her mom was very wrong all along and that she never needed a Prince to save her, and that what mattered most wasn’t her reflection in the mirror, but who she is as a person, and loving who she is. Just being Evie is enough.

She is the Evil Queen’s daughter, though. So does the, ahem, poisoned apple fall far from the tree?

Evie’s evil is really more about how superficial and vain she is in the beginning. And her group of friends are a bit mean when they arrive because they feel so out of place. So, they’re being mean because they’re uncomfortable and aren’t being accepted—not because they’re genuinely evil.