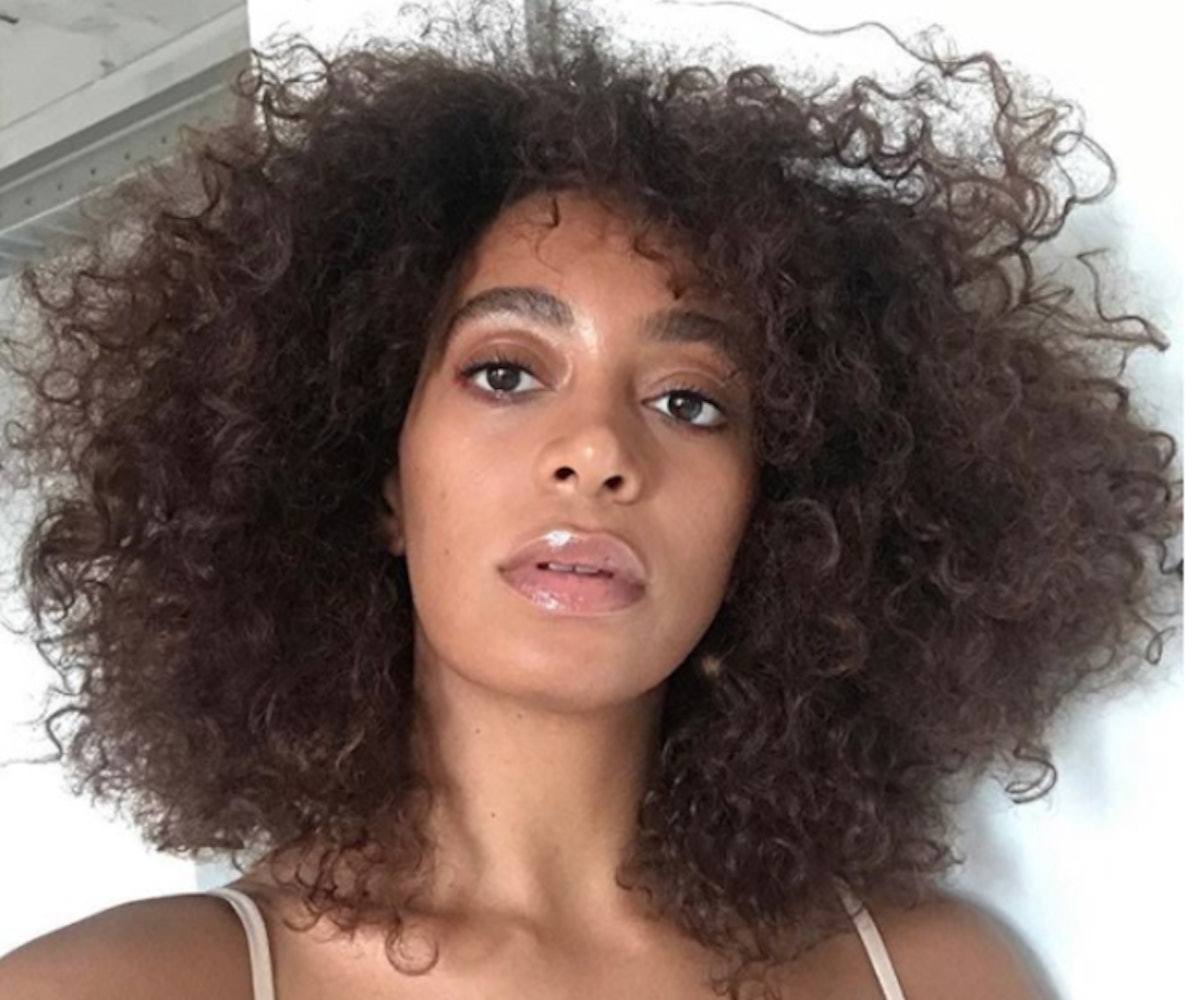 A Solange concert has been equated to a spiritual awakening. A religious experience. An art exhibition set to music.

I've seen Solange live three times this year—more than anyone should be able to bear witness to her holiness—and each time has been better than the last. She once took over the Guggenheim for the night, implemented a white-only dress code for attendees, and took away millennial attendees' phones, all without causing a riot. She’s a goddess in everyday (well, sometimes everyday) clothing.

She’s taking her art one step further by exhibiting a digital piece on black womanhood and identity at the Tate Modern in London. It’s titled “Seventy States” and is a response to the museum’s current exhibition called “Soul of a Nation: Art in the Age of Black Power.” Solange collaborated with artist Carlotta Guerra to create the interactive, which includes early concepts for “Cranes in the Sky and “Don’t Touch My Hair,” unseen scenes from the videos, a piece titled “we sleep in our clothes, (because we’re warriors of the night),” and two untitled poems written by the singer.

“I decided to do this through a visual language,” she explains on the Tate Modern’s website. “I wanted to create this language to help me to get closer to the balance I yearned to be closer to and express. I wanted to create a meditation and mediation using movement, repetition, symmetry, color theory, landscape and scenography, as my own individualised protest.”

If you’re not able to cross the pond to experience the exhibit in person, there’s an interactive version online here. She also added some more shows (though we don’t know where she’s finding that energy), so if you haven't seen her live yet, we suggest you jump at this chance.