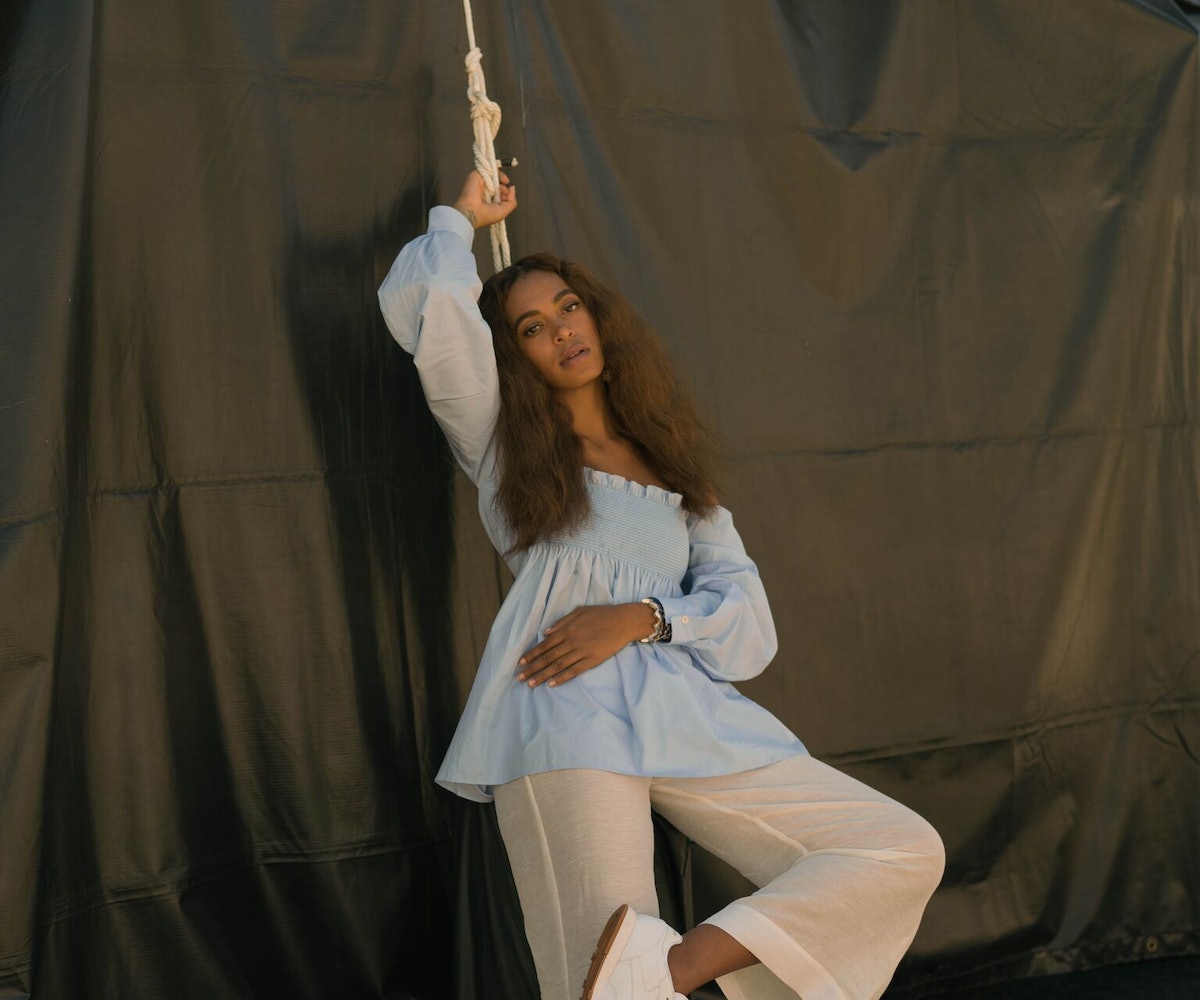 It’s 100 degrees of merciless California heat, and Solange just finished an intimate concert without breaking a sweat. How she managed to do so is still unclear, but everyone gathered—editors, publicists, entourage, people passing by boat—sat, breaking all the sweats, in awe of not just her performance, but also her presence. It was a moment that we’d all be remiss to take for granted, let alone taint with complaints.

The singer stopped by the Reebok Classics crib to perform songs from what can only be described as one of the most important albums of the year, A Seat At The Table (she also played the throwback “Some Things Never Seem To Fucking Work” for longtime fans out there). Aside from select appearances here and there, she hasn’t, really, managed to turn the record into a live concert experience. She tells us she hasn’t felt ready, until now.

"I think that recording and writing and producing the album was one thing, and performing it live has been a whole other journey for me,” she told us. “It's really been about me creating a show that has all of the facets and vulnerabilities and the rage and the emotions that the album does and being able to bring that up close and personal to the show. It's finally reached a place where there feels like there's a good balance.” So, she’s not going on an official tour, but she is performing in museums across the country as well as at a handful of festivals. Speaking from first-hand experience, it’s well worth the wait and the time seeking her out.

After performing, Solange sat down to talk with Kimberly Drew, the social media manager at The Metropolitan Museum of Art, creator of the Black Contemporary Art Tumblr account, and a cultural tour de force in her own right. As Drew declared before the Q&A: “You guys are in for a special treat, two black women who love each other talking to each other.” And what a treat it was.

Full disclosure, we were there to celebrate Reebok’s Classic sneaker, but there are aspects of the shoe that overlap with the singer; namely, the timelessness, the authenticity, and the focus on self-expression. Read ahead to learn about all of the above and then some.

On creating a lasting album:

“With this particular album, [the term classic] was in the back of my mind, but it wasn't about making a classic album as much as it was about making something timeless. So anything that, in 10 years—the terminology, the language, the slang, the subject matter—didn't feel like it could stand the test of time, it was removed.

All of my heroes are classics, but they're not classics maybe in the traditional sense. They're Björk, they're Kate Bush, they're Erykah Badu. You can look at any image or hear any part of their work now from 20 years ago, and it's classic because it's authentically who they are and who they were and what they were embodying. And sometimes I get it right, sometimes I get it wrong, but I think that creating something timeless has become more and more important to me.”

On the creative process:

“I wanted to be involved in every facet, and I was really lucky and really blessed enough to have grown up in a musical family and have access to women like Missy Elliott, where I watched women produce and write their own music and kill it. So, I felt really inspired to learn how to do everything. And I would always kind of straddle the line. I would tell a producer, 'I don't like that bass line, let's take it here, let's go to this chord progression.' But, for this album, I actually went to my grandmother's birth town of New Iberia, Louisiana. I rented this house, and I had my computer and I had my engineer, and I just kind of figured it out. And in terms of the writing process, it was a hell of a journey. It was a long fucking time, and it was draining at times, and I lost perspective and context many times. I'm also a mother, and so I don't have the luxury of saying, 'Oh, I'm going to go away and write this album.' I have to be conscientious of both of our times.

That's also something that I wish more mother artists would talk about, that balance is really difficult. I would have to take breaks, and I'd feel refreshed, I'd start again, but it was quite a journey. It wasn't until, maybe, about three months before the album came out that I actually felt like, okay, I have an album here. I think as creators and artists, sometimes those voices that are in your head, they're discouraging, and they are going wild and so I really had to tell myself that it's okay if it's mad, if it's sad, if it's angry, if it's messy, if it's vulnerable, but that took time to get to.”

On trying, and sometimes failing, within different mediums:

“I used to want to be a modern dancer when I was younger and go to Juilliard and do the whole thing, but I had a knee injury when I was 15. I was actually dancing for Destiny's Child, and that's how I started to write because I thought that I was going to be an [Alvin] Ailey girl somewhere. It's interesting how, now, I'm able to combine those things together, and that feels wonderful because I didn't have to let go of one to do the other.

I think, with this generation, and within this climate as artists, it's a lot more acceptable and encouraged to be able to say, ‘Hey, I'm good at another thing, why can’t I try and explore and have hiccups?’ I think one of the things I'm most proud of about myself is that I'm okay to fail in front of the world, and I'm not afraid to make mistakes and get back up and try again. So, I think, you have to have that attitude when you want to experiment with different mediums.”

On originality and cutting her hair:

“Originality was, for sure, the way that I got to really define myself. And the older I get, the more I realize that there's actually nothing new under the sun, and I'm okay with embracing that a little bit more. 'Junie' has like 10 different meanings, and one of them is actually about originality and how as young black creators, oftentimes, we're pegged against one another. There's this idea surrounding young black creators: If you are on to something alternative or left of center, then certainly you had to get it from someone else.

And so it's been really quite a journey for me in originality because I remember when I first cut my hair, and that was like the third time but that was the social media age when it was very shared, women would come up to me all the time and say, ‘Oh, you inspire me to cut my hair and go natural.’ And that weight that that kind of put on me, I internalized a lot of that on my own. It was a journey for me to learn how to just appreciate and love that and embrace it and deal with it. Even with this album, that was really a concern for me; can I handle the weight of what this might mean to people? The good and the bad."

On fashion versus style:

“I used to be really interested in fashion years ago, and the more and more I kind of got pushed into that world, the more and more it actually motivated me to write this album. But I found that I was maybe setting my intentions too much on fashion and not enough on style. So, once I made that decision to really do this for me, my style has evolved and changed so much over the last 10 years. I think one of the most fun things about being a girl is getting to experiment and have fun and be light and express yourself through that.

I had a stylist once who could not fathom why I wanted to wear these brands that I found on Instagram, or just random shit that I'd find, when Dior and all these people were like, ‘We'll dress you, we'll create something for you.’ And that's such an honor and it's super flattering, but there is a time and a place for everything. It feels so much more fun now that I've gotten to that place where it's like, it's just fucking clothes."