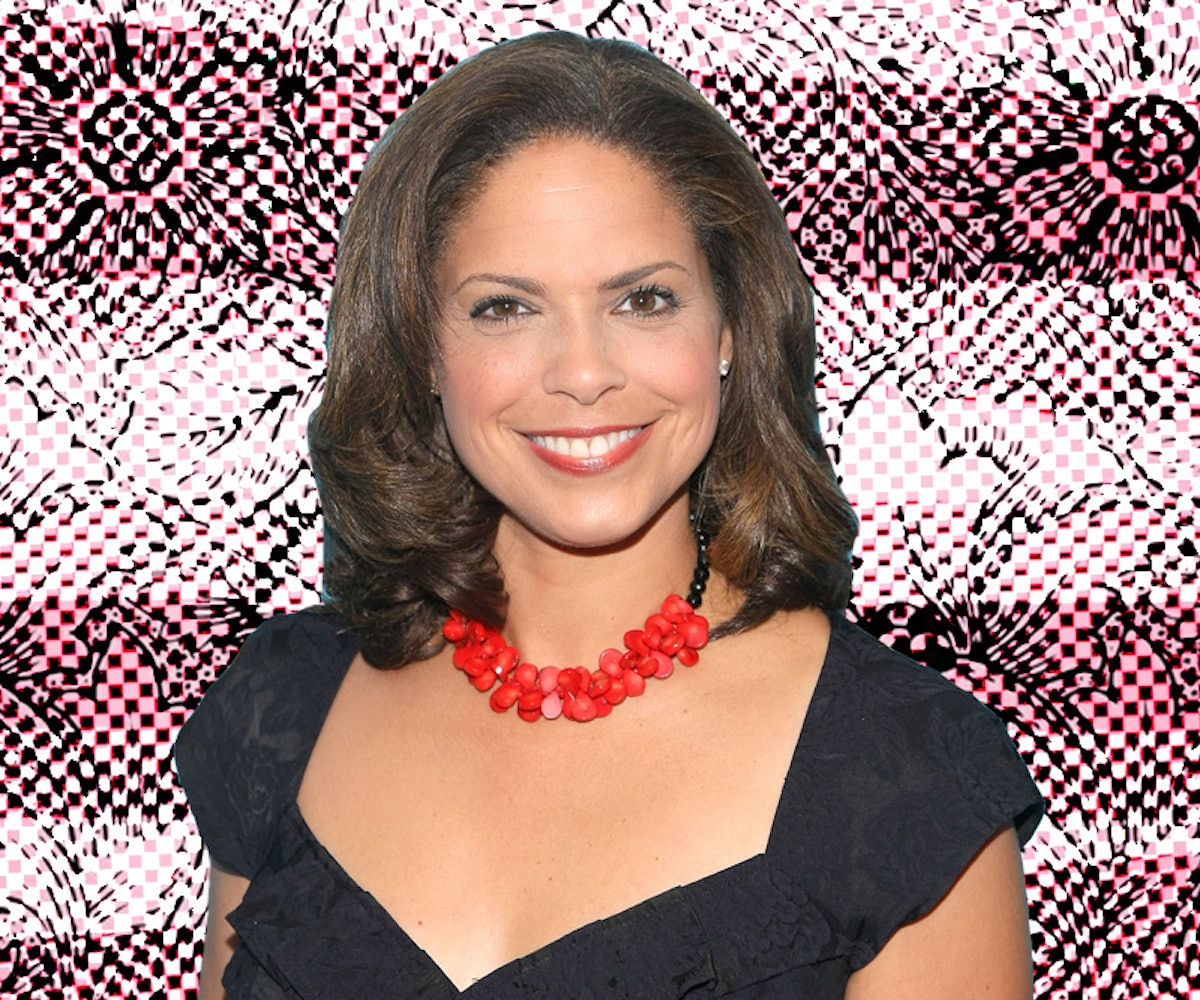 Photo by Michael Loccisano/Getty Images
by Tile Wolfe
May 24, 2016

If you don't know her name, you definitely know Soledad O'Brien's face. After all, she's been a television fixture for 20 years, from CNN to HBO and beyond.

Soledad is also a mixed-race woman, the child of two immigrants—her father Irish and Australian, her mother Afro-Cuban—and a mom of two sons and two teenage daughters. Knowing the voracity of trolls and the tone of this presidential election, her Twitter mentions might be a scary place for some. But Soledad reads them, daily.

She replies, engages, and shuts people down when they've gone too far. I had the privilege of chatting with this tough mother about online bullying, body-shaming, and saying "so what?" to your critics. Let me tell you, she knows exactly how to silence a troll. Read on for her tips.

You’re super engaged online, especially Twitter. Do you really read all the comments?

I read a lot of them. I think, like everybody, you have moments where you have time and moments where you don’t. I actually find it really helpful if I’m working on a story. It influences the conversation, and sometimes people will give you good information. And then, of course, sometimes you have vicious crap sent your way.

What are those mostly focused on?

How do you deal with all that?

I engage people in conversation, but try to recognize very quickly who I’m dealing with. You know, hop in and check out who they are. If it’s somebody you know that you’re not going to have a real discussion with, you know where it’s going to go.

I tend to do an “I’m going to pray for you,” or “bless your heart.” It’s funny because it does two things: One, it allows me to respond, so I don’t have to sit there and take it. Two, it changes the tenor of the conversation online. People jump in, but not to be equally nasty back. Everyone gives their Southern grandmother’s phrase, and it just becomes ridiculous.

It really gives you a lot of control to reset the conversation. Of course, you can block or mute someone. Sometimes if they’re really awful, I’ll do that right away. Really, though, I’ve found that what makes me feel less awful is being kind to them and saying “you’re a deranged person” in the form of “Aw, I’m gonna pray for you.”

It’s been highly effective too. They don’t know what to do with that, and everyone piles on in a very positive way. One of the problems I find as well is that the minute someone’s being nasty to you, other people jump in and are nasty on behalf of you, which is also not my style. I don’t attack people, I don’t like it. I wouldn’t do it to other people; I don’t want them doing it on behalf of me. I think just changing the tone—if you’re not going to block or mute them—is a really helpful thing.

And you never internalize those comments? Body-shaming can be especially hard to ignore.

It’s kind of funny. I have two daughters that are 14 and 15, and I turn 50 in a few months. I think as you get older, the idea that people on the outside have any clue who you are becomes more and more of a ridiculous concept. When I was 20, if someone said something to me, even to my face, I would be much more likely to believe it. Once you’ve been around a minute and had some kids, once you’ve had a small child go, “Mommy, I hate you,” [laughs] you’re like, “Yeah, yeah, yeah, get in line, as if I care.” Over time, it’s stopped affecting me.

What I do find is that if I’m reading Twitter, especially first thing in the morning, reading something horrible really starts my day off in a bad way. That’s much more likely to happen than believing someone. What I’m constantly telling my daughters is, "You know the real you, you know you." So you have to be careful to block people, but you also have to have a good sense of self and develop that. Know who you are, what you’re good at, and what you’re not good at.

I think we, as women—and we talked about this at the Mom 2.0 Summit the other day—really have difficulty accepting a compliment. If someone says something nice about your haircut or what you’re wearing, we usually deny it. “Oh, no, it’s terrible,” or “oh, this old outfit,” or “this haircut is awful.” I got to the point of yelling at friends like, “Just say, thank you. It is okay. Just say, thank you, Soledad.” When you do that, you tell them that their judgment is awful. My judgment is not terrible! I like your jacket, a simple "thank you" will do. So in addition to being comfortable with ourselves, we have to be comfortable taking a compliment. As I’ve gotten older, I’ve gotten much more comfortable with that, and certainly having kids has helped me a lot.

Absolutely. Some of the hardest things are not apologizing and being able to take a compliment.

It’s a habit—most people don’t say it because they mean it. They’re not really telling you that you should hate their jacket. They’re wearing their jacket today; they love their jacket! It’s only how we’ve been socialized to be less than, take up less space, be less big by minimizing anything positive. I think, “Screw that, I’m not doing that." I’m gonna wear it, I’m going to tell people I love it even if they hate it.

Believe me, when I say this again, what’s been helpful to me is to have teenage daughters. They’re like, “Oh my god, mom, are you gonna wear that?” I just say, "Yup, this is what I’m wearing, this is how my hair’s going to be, this is what I like, each of you deal with it."

I tell them, "You have to figure out what you like." It’s hard, it really is. Actually, I think social media has helped them in a way. They’re less conforming than when I was as a teenager. They’re exposed to a lot more. Their sense of fashion is broader, their sense of how to wear their hair is broader. As much as there are negative comments, there’s a lot of support. When they’re Snapchatting their "first-day" outfit to 100 of their closest friends, they have a group of people saying, “Oh my god, you’re great, you’re terrific!” So as much as there are challenges, there are some huge upsides, too.

Have there been any of those magic moments lately where you just love the Internet?

Any time I tweet a picture of my kids, it’s the nicest. My daughter and I have a lot of hair, a lot of big, giant hair. I recently posted a picture of her with her big, fabulous, blondish hair. And people jumped in like, “Look at that, that’s great, she should use this or that if she wants to have healthy natural hair.” I had tons of people giving advice about what conditioner she could use, how she could love her hair, how pretty her hair is, and how healthy it looks. That’s amazing. There’s a lot of good, except for the occasional troll who says, “You’re a whore, go back to Africa.” [Laughs]

Oh, I saw that picture! She does look beautiful.

Isn’t it great? When we’re trying to comb through that hair, she’ll say, “Mom, I hate my hair.” And I’ll say, “But look at all these great things people say! You need to love your hair too, you’ve got great hair."