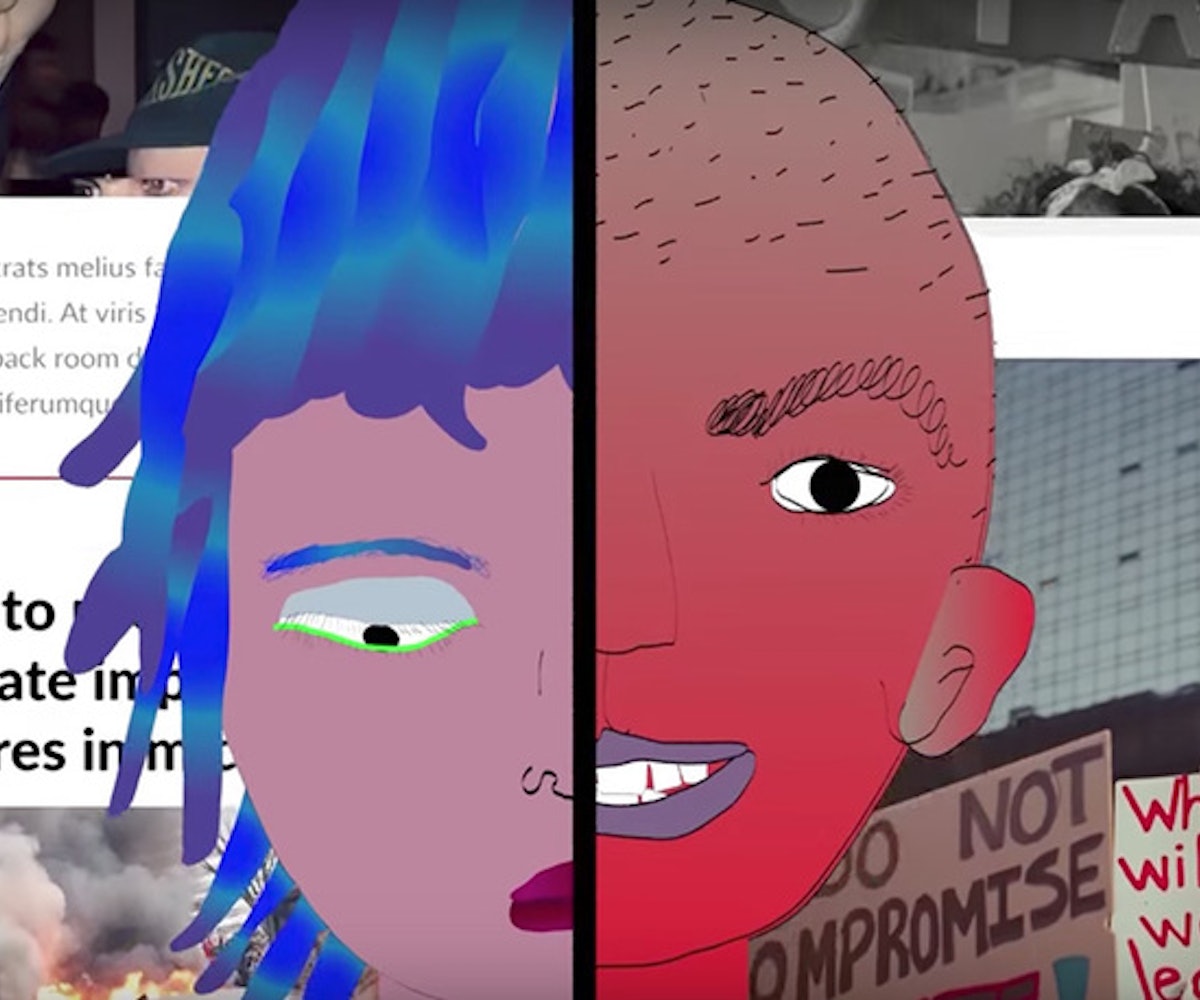 British artist Margot Bowman released a new short film, Sommer of Hate, which takes a sci-fi look at the summer of 2016. With Brexit and Donald Trump's presidential campaign, it was a summer that not too many people remember fondly—unless you're, you know, Boris Johnson or Trump, himself.

Bowman's new film looks at one woman's experience post-Brexit, when she leaves home looking for "unity" in a new country. "Connection became a high she chased," Bowman narrates in the short. "Lazily scored through communes with strangers, the more random the pairing, the bigger the thrill."

The main character, Sommer, and her dog, Ego, travel through corridors where headlines from the internet scroll beneath their feet. "She was tired from traveling, exhausted from hoping, and heartbroken from reading the news," Bowman says, describing how most of us felt that summer (and still do).

Then, Sommer meets a man who is still "gleaming with an unquestioned faith in life and its potential." The opposites attract, if only briefly.

“Sommer of Hate is inspired by my own experiences over the last six months where Brexit, Trump, etc. have shifted the status quo to a place where xenophobia, isolationism and a lack of empathy are often accepted as the new normal," Bowman told Dazed.

In the film, Bowman is also commenting, she says, on how social media and "an exhausting tempo of blameless chaos, faceless extremism and homegrown enemies” has left Sommer and her generation’s “attitude to sex, relationships, and commitment in an odd place."

“I want to use narrative to explore how this updated reality, which has been building over the last five years, with our increasing use of narcissistically driven social media platforms," Bowman said, "impacts on the personal lives of those who live through it.”