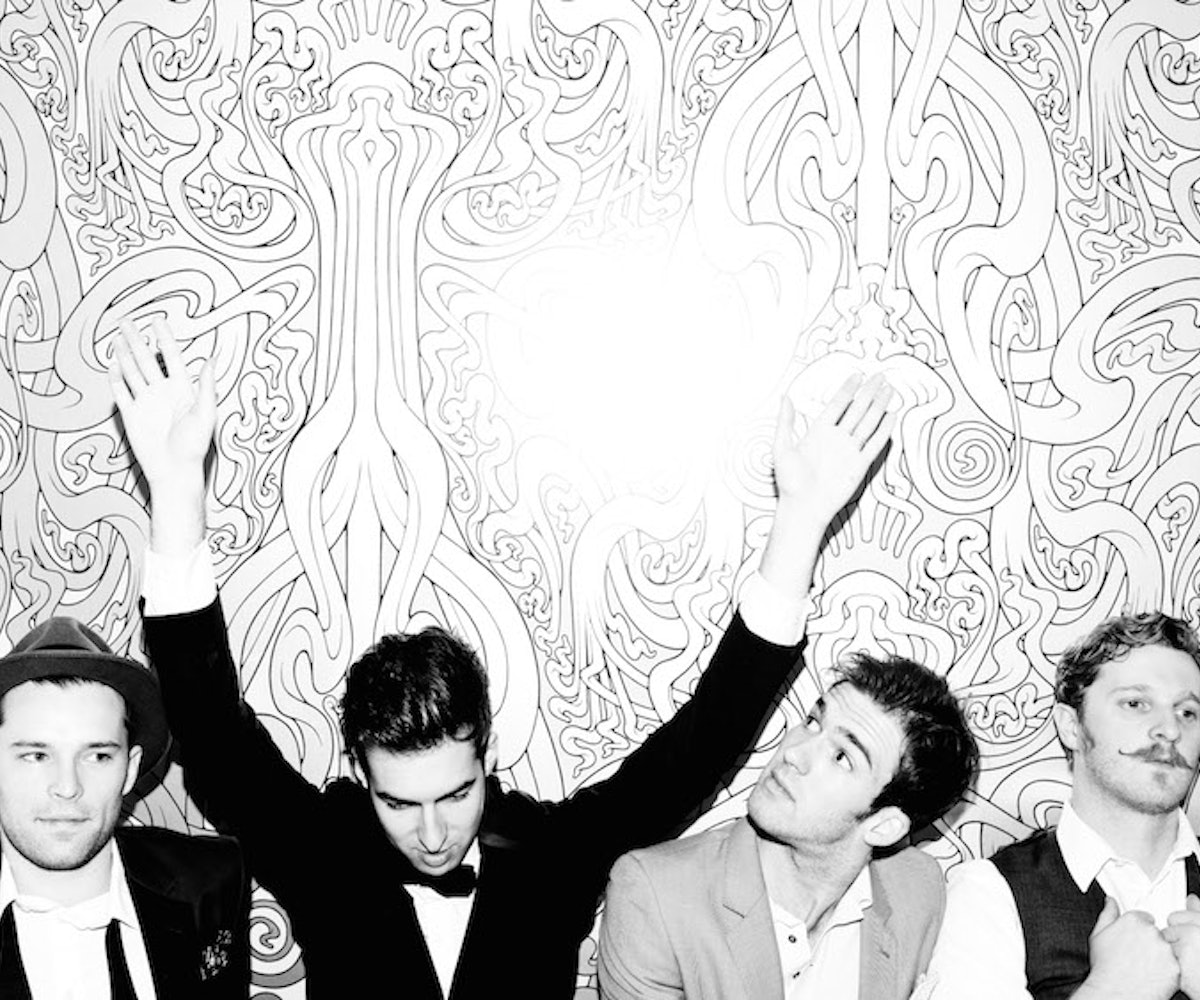 In our experience, the best anecdote for shaking off the beginning-of-the-week blues is to amp yourself up with high-energy tunes and coffee. Allow us to re-introduce you to Locksley, today's mid-morning pick-me-up. You may remember this New-York based band because of their addictive, early-punk inspired sound, or maybe because they're the last in-house band at CBGB (RIP), or perhaps because their breakout song "The Whip" seems to be in every commercial. Now, they're back and ready to release their new album in the upcoming year.

In the meantime, they're premiering "Let It Ride," their first new track in three years. The song's lo-fi tones and addictive chorus has us uncontrollably tapping our feet, before we've even had our first jolt of caffeine, we might add (not an easy feat). Get ready to ride out the rest of the week by listening to the song below. And if you're in NYC,  Locksley is playing a special performance of their new songs as part of CMJ on October 25 at Rockwood Music Hall.