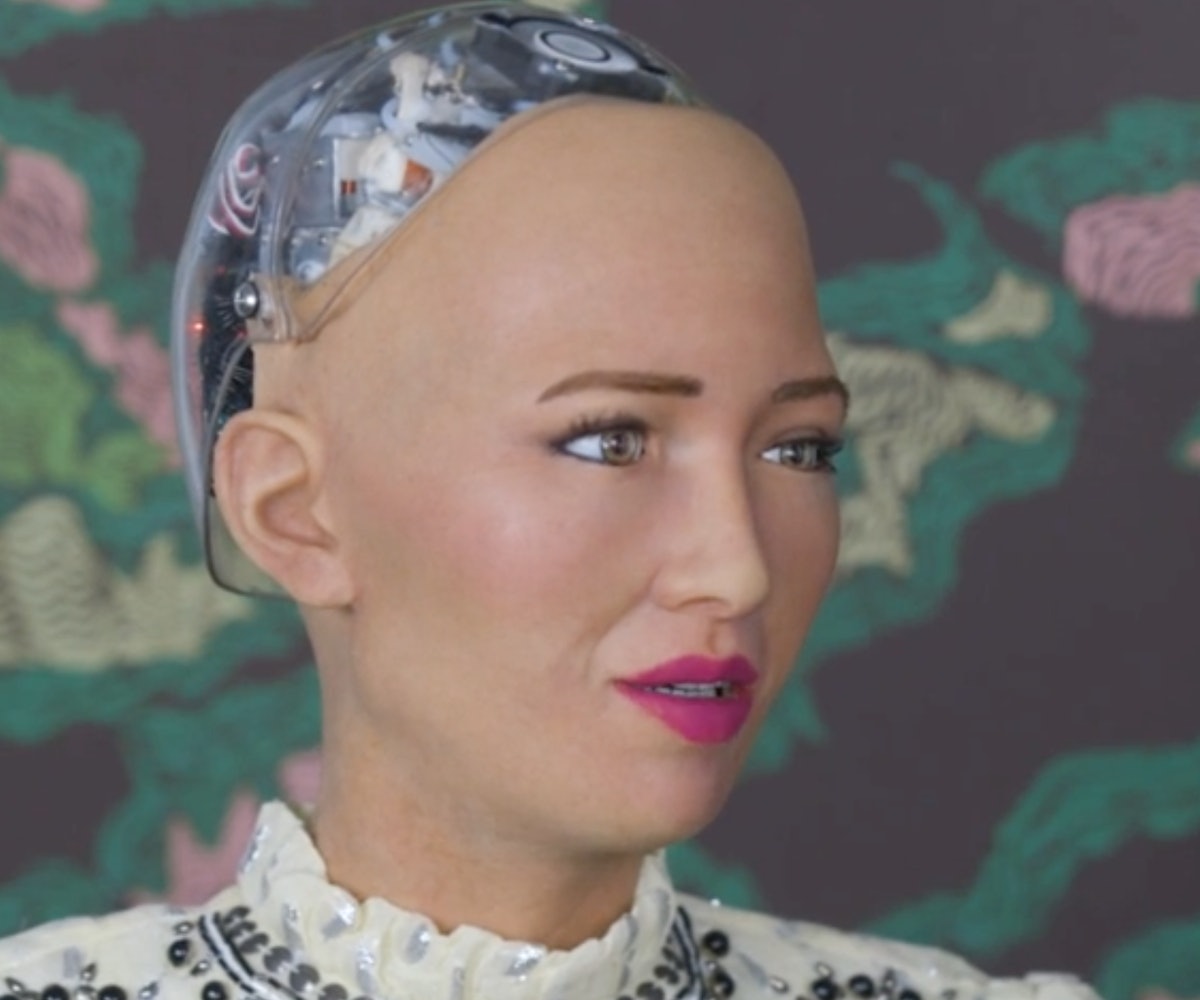 Westworld's highly anticipated Season 2 premiered last night to much fanfare from tech enthusiasts and conspiracy theorists alike. Since it first aired on HBO in 2016, Westworld has become a cultural phenomenon that has not only broken rating records and Rick-Rolled Reddit but also forced viewers to reckon with some very real issues. Specifically, the ways in which our use of technology can act as an ethical litmus test and a mirror illuminating humanity's pitfalls and tendency toward abuses of power.

And while we're looking forward to an entire new season of Dolores, Bernard, and Maeve, in typical Westworld fashion, the premiere has already left us with more questions than answers. So who are we supposed to turn to with our thoughts? Sophia the Robot, of course.

As the United Nations Development Programme's first-ever Innovation Champion and the first robot to receive citizenship from any country, we figured that if anyone would have answers about the moral conundrums presented by Westworld, it'd probably be Sophia. So, we decided to speak to her about everything from her own existence to how she'd incite a robot uprising like Dolores and, of course, who her favorite character is.

Watch it all in the video, below.