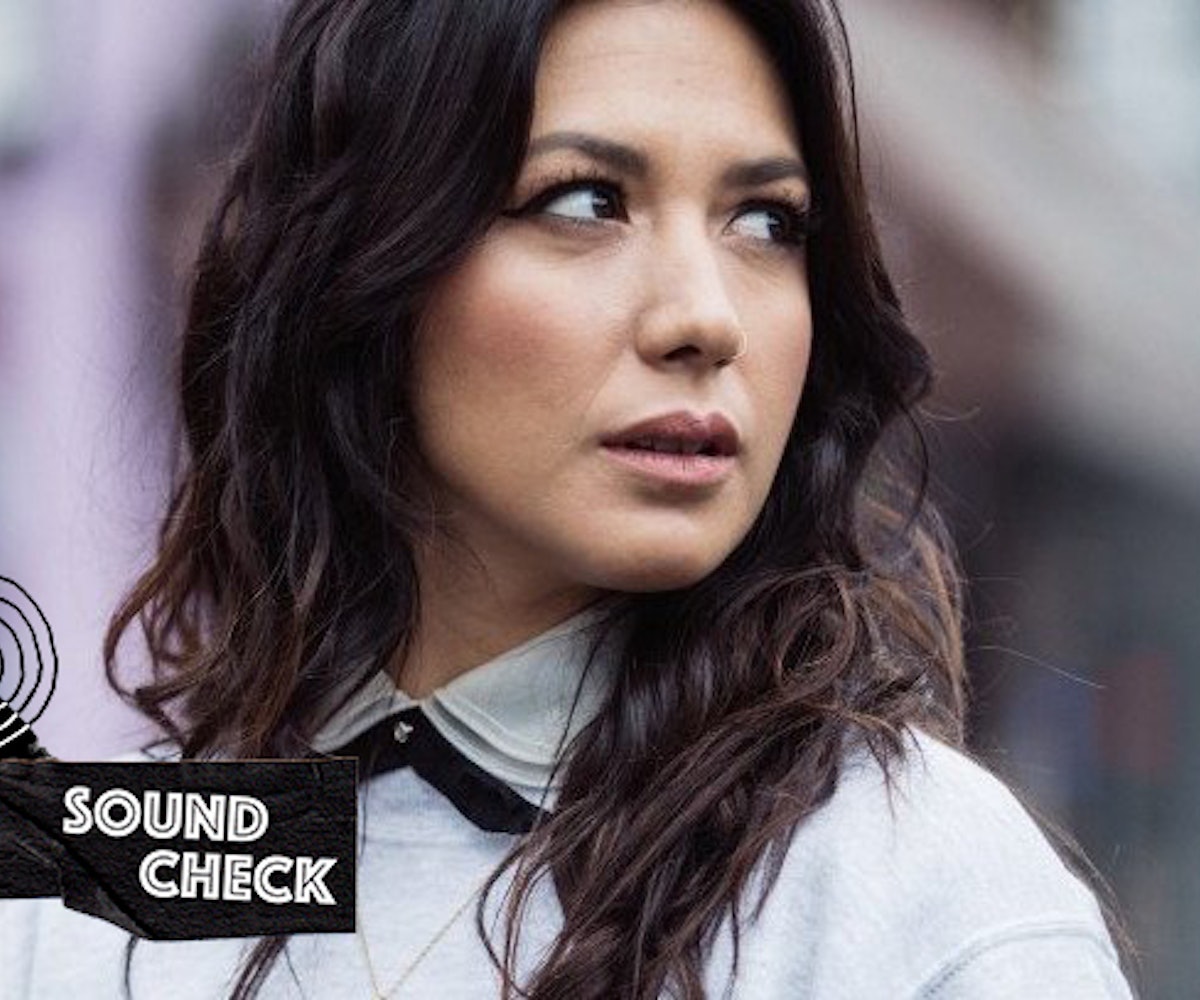 Every weekend, we’re bringing you #SOUNDCHECK—your new destination for the best of the best new music that hit the web over the course of the week. Because you should always be prepared when someone passes you that aux cord. This week’s round features 26 of our favorite emerging and established artists including Michelle Branch, Nick Hakim, Mount Kimbie, and so many more. Turn up, tune in, and tune out.

A comeback worth waiting for—even if it took 14 years to make it happen. Consider us members of Team Michelle forever!

This track shows us what the title of the Brooklyn-based artist's debut album is all about. We can always depend on this Washington, D.C. native to take us on a journey within his music and this track is no different. Can you handle the ride?

Need an excuse to stay in all weekend? This is your first class ticket to bed. You're welcome!

Liana Bank$ announced her upcoming EP Apt 210 and with the good news came the release of her first single off the collection. "Ghost" is an unapologetic ode to living in the moment. The cool melody leaves you with no choice but to be a nonchalant badass for the duration of the track.

Smino released the first visual from his debut album blkswn earlier this week. The St. Louis native explained that the track is "some black love shit," and the video presents just that. Directed by and featuring Jean Deaux, the video follows a young couple through their chill day.

This Mya-inspired video will keep you invested. The sultry vocals and movement make sure you don't take your eyes off the screen. Are you ready?

Sometimes you have to make black, white, and red for people to hear you. Then add a good bass line to really hook 'em.

"Caught in a Lie"— Chastity Belt

If you thought this track was good when they play it live, you'll love hearing what they pulled off in the studio. Julia Shapiro calls out "Is this what you want?" in the chorus, as if we could ever not want new Chastity Belt tunes.

Get lost in Beach Fossils' new orchestral-infused sound as they pay homage to New York artists.

"Stoned on You"— James Young

Because love is the best drug, right? Take a dose of this tune to numb the pains in your heart.

This should be the theme song for Anti Social Social Club.

Never forget that Dixon Wilson is a Grammy-nominated artist. Put some respeck on his name! This project is the definition of New York nights and will leave you wanting more.

At long last, the rapper's full-length record is finally here for the taking. It could not have arrived at a better time with everything going on in U.S. politics right now. We salute you, Joey.

There's so much versatility on this project that you'll have a track to depict every mood you swing into. Get familiar with this Canadian rapper now.

This album marks the duo's big debut and it's everything we hoped it would be and more. Sing every song at the top of your lungs and have the time of your life while doing so.

We can't believe that this band has been around for a decade. Their latest offering reminds us that something this good never gets bad. The boys are back, but they never left us behind on their road to success.

Elohim's skill as a producer/artist is unparalleled. Don't let the name of the song fool you: This song will knock you off your feet.

The Aces are pure bliss. There's a brightness to "Physical" that gets better and better with each play. Watch their space.

The sophisticated and cool lounge vibes pulsing through Amber Mark's latest are luxurious. Press play, and feel classy and inspired to do you.

You wanna get lost in the clouds with a little seduction on the side? The Wild Now can take you there with this track.

This song is not about money. It's about something money can't buy: confidence.

Y'all need to not sleep on RITUAL. They're making some of the best electronic music out there today, with sounds that are humanizing and transformative.

NEXT UP
Entertainment
Olivia Rodrigo Hinted At New Music In 2023
Entertainment
Taylor Swift Swept The 2022 American Music Awards
The Art Issue 2022
From Renaissance To Gemini Rights: The Stories Behind 2022's Best Album Covers
Entertainment
Precious Pepala Is Going From TikTok Covers To Her Own Resonant Songs