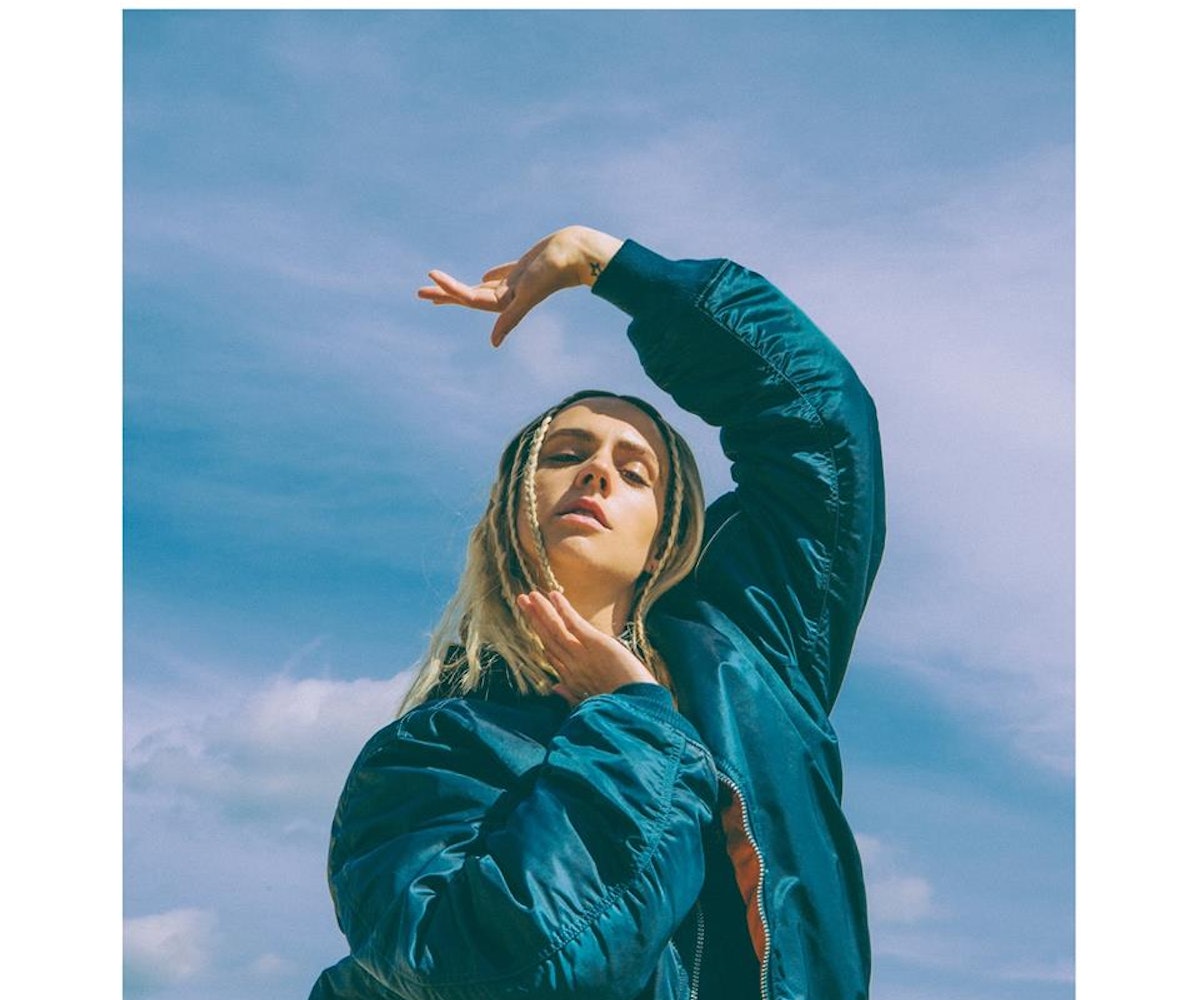 Every weekend, we’re bringing you #SOUNDCHECK—your new destination for the best of the best new music that hit the web over the course of the week. Because you should always be prepared when someone passes you that aux cord. This week’s round features 19 of our favorite emerging and established artists including MØ, Solange, Lizzo, and so many more. Turn up, tune in, and tune out.

In collaboration with pop princesses like Charli XCX and Noonie Bao, Danish singer MØ released the single "Drum" from her upcoming sophomore album. The track features sweet-sounding percussion and a catchy chorus sure to have you on a musical sugar high.

The only thing that anyone can really say about Solange's recent visuals for her album A Seat At The Table is "brilliant." It's true. It's really, really true and the two videos that have come from it are a testament to that.

"Cranes In The Sky" - Solange

The second visual for A Seat At The Table is equally brilliant. Everything about this video is regal, raw, and natural, much like Solange herself.

With swag as slick as coconut oil, Lizzo releases her debut project, which features the bangers we have been jamming to all summer, like "Phone," and "Good As Hell." Lizzo is celebrating Coconut Oil with a major North American headlining tour, kicking off November 29 at iconic venue The Foundry at The Fillmore, in Philadelphia, Pennsylvania. The house party-rocking beats and lyrics of this project makes this the kind of album you turn on and dance crazily to, in order to celebrate your "you-ness."

Strange songs deserve equally strange videos, and the video for "Jelly" by Magic Potion is a fulfillment of that goal. If you have ever wanted to watch a man in sunglasses do yoga on an exercise mat in what looks like a high school gym, now is your chance. Psychedelic cuts and transitions connect the music with the video as the psych-rock band asks you to "climb the jelly mountain" with them. It's a complete detachment from reality, and a welcome break from your day.

The Justin Vernon-led project that is Bon Iver has consistently become more esoteric as their career continues, and the lyric video for "21 M◊◊N WATER" falls directly in line with that theme. The video itself points out the double meanings in some of the lyrics, and the words that are so distorted that you mostly can't hear them, and they don't even sound like words when you do. This lyric video is probably the only way you'll be able to figure out what the actual lyrics are, and where they take place in the song.

After the track-by-track we did of Keaton Henson's recent release Kindly Now, we can't say we imagined that his video for the fifth track off the album, "No Witnesses," would be anything short of heart-wrenching. Thankfully, he delivered in spades.

Weyes Blood recently released an album which Pitchfork dubbed "hymns for the incoming apocalypse," referring to the Millenial-centric topics she chooses and her retro sensibilities that make her music more a mirror for the past than the future. Her video for "Generation Why" takes this to a new level, exploring decrepit buildings and wastelands without really giving any indication of the time period in which the video takes place. Although it could be a desolate future, it seems more to be the desolate present, showcasing the parts of life and industrialism that we often shy away from for one reason or another.

Jacques Greene puts his own spin on Frank Ocean's lush tune "White Ferrari." It is the ultimate feel-good groove.

Crywolf will give you the perfect gritty vibe this weekend. "Quantum Immortality" offers a chill EDM sound that will stick with you for days.

JoJo has been in the music scene for years, but with this single from upcoming album Mad Love (out October 14), we get to see a very personal side of the vocalist we have never seen before. The song discusses the loss of her father, her journey through childhood, and her triumph in achieving her dreams. We even get to see home footage of baby JoJo—so cute! She pulls at our heartstrings with her powerhouse voice, filled with sorrowful emotion, but in the end, the love of music and family sees her through the tough times.

R&B has never been the same since Mary J. Blige established herself as a legend, and she keeps that tradition going with her new single. Along with soul singer protégé Jazmine Sullivan, the two deliver a ballad fit for each and every queen out there working their way through a hard time. When you need a reminder of just who the hell you are, this is the song to pop on. No hateration here.

D∆WN, aka Dawn Richard, who we first got to know on Making the Band 4, announced she will drop her highly anticipated new album, REDEMPTION, on November 18. D∆WN lends her soulful voice to an electronic backdrop, creating a genre all her own, and unlike anything we have ever heard before.

Combining both her photographic and musical aesthetics, multi-faceted artist Hannah Diamonds released her new single, "Fade Away," as more than just a song, but an experience. She took the idea of cover art one step further and released an interactive site, which features an entire editorial dedicated to the track. As for the music itself, its the kind of heartbreak you can dance to, with lyrics expressing insecurity and failed relationships set to a poppy, syncopated beat.

Indie rock band Miniature Tigers will send you straight to cloud nine with their airy vocals and retro keyboard on their lastest single. But, as we know, behind every lovely dream there is a deeper meaning, and woven into this feel-good beat is the story of one-sided love. What better way to experience wistfulness than in the imaginary joy of a good slumber?

Feminist icon Ani DiFranco continues to advocate for women through art in this track that fights for a woman's right to choose. A woman's right over her own body has been a hot topic since the beginning of time and DiFranco expresses that unless a woman is given the authority over her own body then she is not a free citizen. DiFranco's 25-year musical career is politically charged; she is a mother of "artivism," and this latest song continues to stick it to the man.

STWO shows no sign of slowing down, releasing a new single after his EP D.T.S.N.T. charted on both Canadian and U.S. soil (and airwaves). We look forward to hearing more from the 24-year-old French producer who has already worked with the likes of Drake and Frank Ocean.

London-based trio RITUAL continues to blur the electronic R&B soundscape with "Bottle Tops." Born from a dark period of self-sabotage, "Bottle Tops" is forlorn and haunting. Fellow London singer Mononoke brings an air of delicate hopefulness and unconditional love to the track, while RITUAL's lead vocalist dizzies himself between redemption and succumbing to his demons. It's bone-chilling, to say the least.

"311215" is the final, secret track off Shura's excellent debut album, Nothing's Real. It's a somber reflection on death, family, and loss. Combine that with her personal home videos and you have a beautiful music video. Plain and simple.