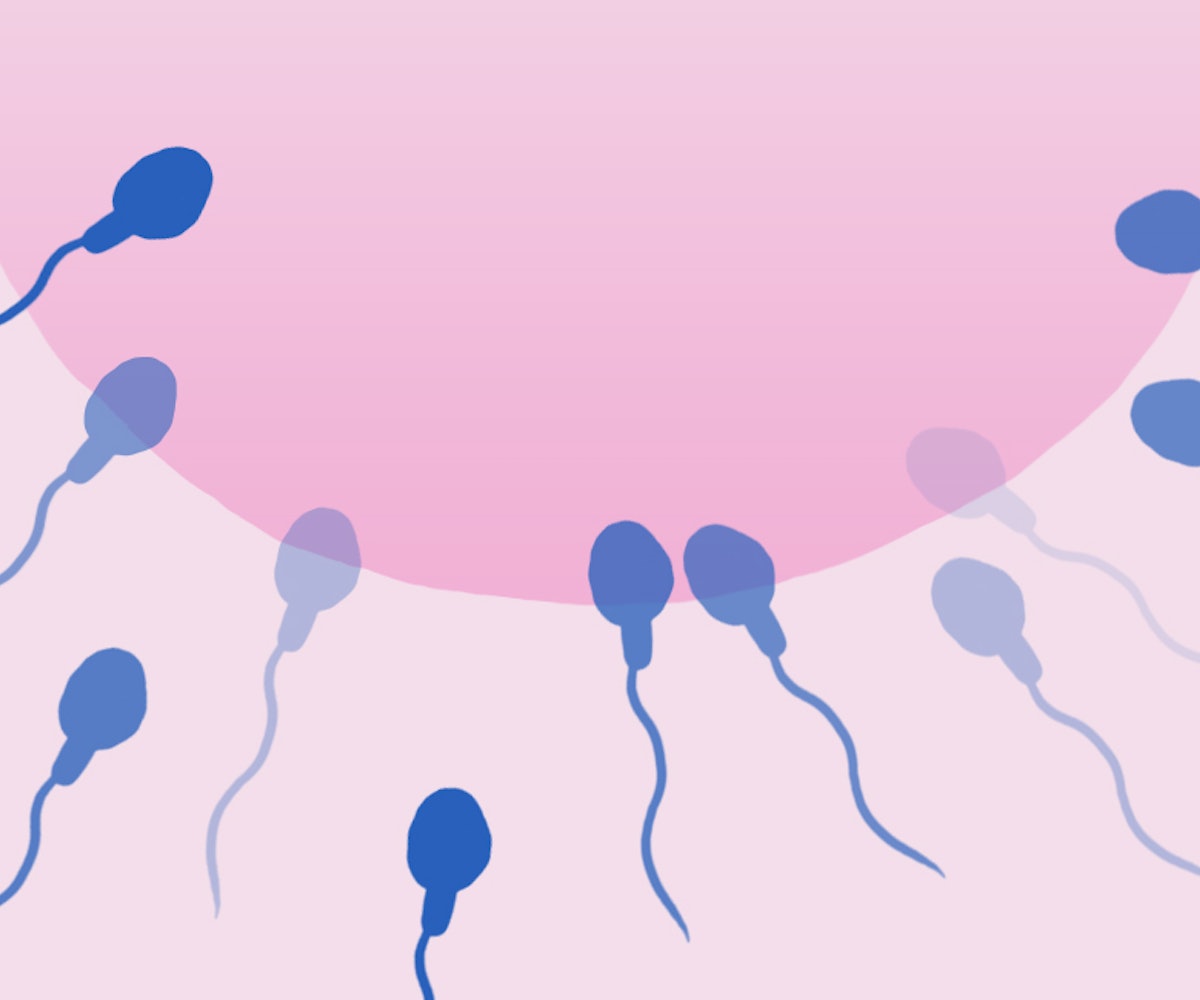 Hello, fellow men with male reproductive systems. Sperm count is down across the world, which, according to science, means humans will likely go extinct. Care to mansplain?

New research published in Human Reproduction Update suggests that the sperm count in men surveyed across North America, Europe, Australia, and New Zealand has been halved by in less than 40 years. (There has not been extensive research like this in South America, Asia, and Africa.) This news comes after assessing 185 studies conducted between 1973 and 2011. If our lifestyles don't change, lead researcher Dr. Hagai Levine believes, "we may have a problem, and with reproduction in general, and it may be the extinction of the human species."

What's to blame for the decrease in sperm? Well, the chemicals in our foods, the diet with which we consume our foods, smoking, stress, and watching too much TV. A 2016 study found that sitting in front of the television for five or more hours a day can lead to a lower sperm count. Tight pants and underwear, too, are believed to negatively affect the number of those fertile, little guys too. Talk about death by fashion.

"If we will not change the ways that we are living and the environment and the chemicals that we are exposed to," Dr. Levine says, "I am very worried about what will happen in the future."