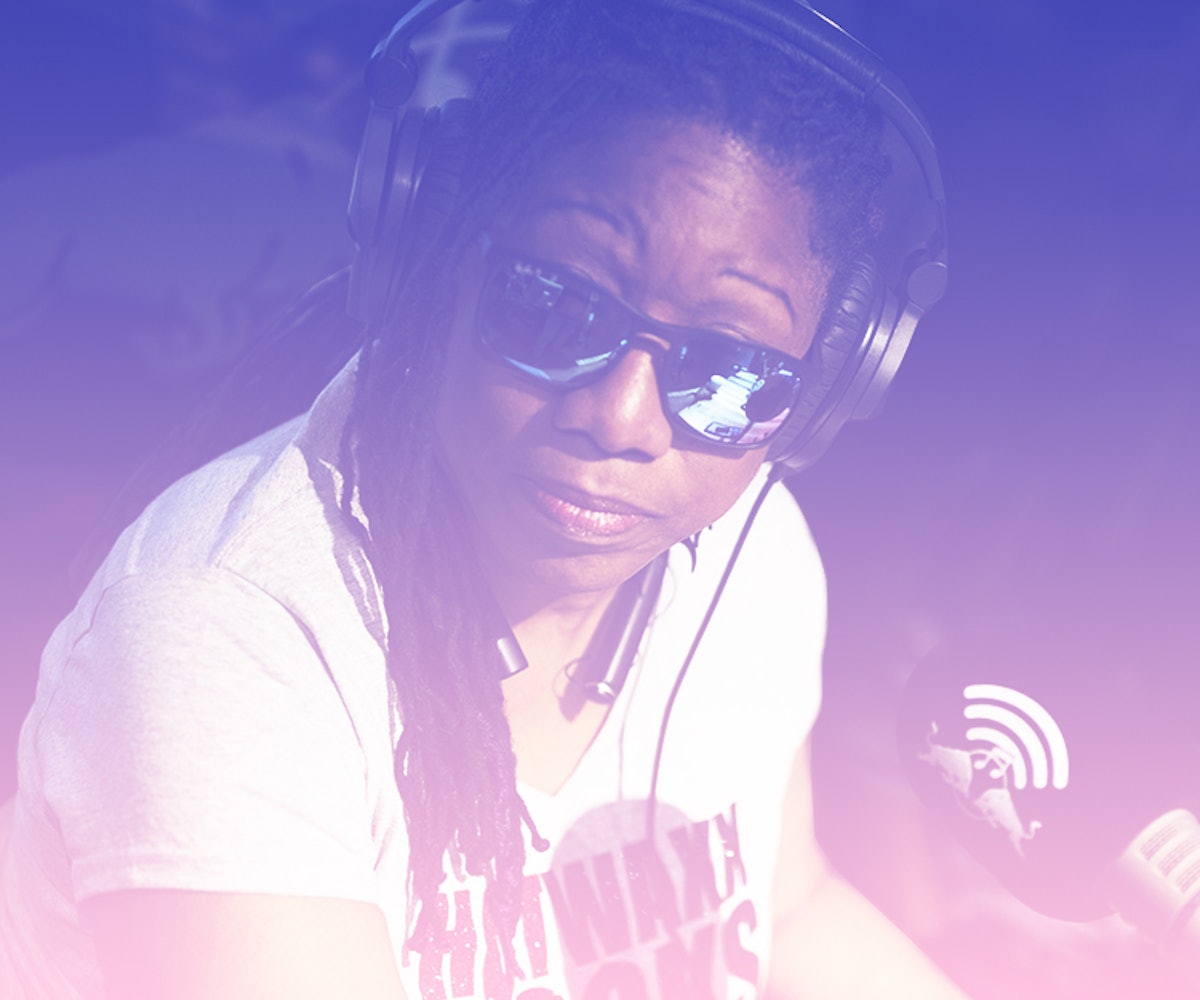 It's no secret that dance music was born in QTPOC communities—the most prominent of which was Detroit's underground scene in the 1980s. Predominantly spearheaded by queer DJs and parties that pushed the boundaries of traditional production norms, Detroit house and techno hold a special place in the history of electronic music. And no one is more in tune with that than DJ Stacey "Hotwaxx" Hale.

Known to the dance world as the Godmother of House, Hotwaxx's legacy as Detroit's first female house music DJ has garnered her much underground acclaim. A mainstay presence on local radio stations during the mid to late '80s, Hotwaxx cut her teeth playing storied parties such as Cheeks, The Warehouse, Heaven, and Studio 54. But Hotwaxx isn't just an accomplished musician and current Red Bull Radio DJ/Host. As the founder of Detroit's Lesbians of Color organization, she's also a well-known activist with more than a few thoughts on the city's dance scene and how it's intertwined with queer culture-at-large. In this as-told-to essay, Hotwaxx takes a trip down memory lane to talk about what it was like leading the charge for change during a time when intersectionality and identity politics weren't as warmly embraced.

What Pride means to me... Well, I have so much more past than present. The first thing that pops into my head is DJing [queer club magazine] Metra's picnics in the Michigan area. I played 10 hours in a gazebo, and it included everyone. It was black and white, men and women, and you know how segregated folks can be, especially back then. But how can you be segregated when everybody's a minority? What the hell. But in this particular time, everyone would come, and that's my favorite memory. But to prepare for it, I would have up to 10 crates of records in my car. And I would go to the white boy gay bars, I would go to the white girl gay bars, I'd go to the black boy gay bars to hear the hits—to see what they liked the most to make sure I covered that... And what we [did back then] was just a paper hand flyer thing, there was no social media. Everything was grassrooted in Michigan, Ohio, Illinois, Indiana-based. There is no big flashing lights and stuff going on in the background.

I don't think [Detroit's scene was] particularly queer-driven, but because change and queer [often] fit together—[progressive ideals]—maybe that's it. You don't know what anybody is anyway. So being different and on the edge and wearing pink and being in costume and walking in stilts, well that's been gay all along. But it’s also been house and techno! Not to say that straight people can't feel that way and do things like that. But it’s funny you ask about queerness because I've always been what I am. Like, the fact that I'm talking to these magazines now about [my sexuality is strange], because I've never talked about it before. I never denied it.

I don't carry myself in a way that is obvious, but at this age and time—with this combination of political things and whatnot—there are so many people who [are inspired]. Everyone now has someone in their family that is gay. It could be their mother, their brother, their sister, it's very very close. They started coming out of the woodwork in my family, too, and I'm like, “What the hell?” But that’s what has happened in society—we are no longer afraid to be who we are.

As for why [Detroit techno and house were such safe havens for queer parties, it was] because all the head DJs were gay. We were just out thinking out of the box. We didn't do it because we were gay. We were doing it because this was what was we liked. I guess, by nature, I'm going to rebel. Music is not a black, white, or straight or gay thing.

But sometimes you're relating to something different. So when I was a teenager, the music I wanted to hear was different. I didn't wanna hear what they were listening to on the radio. So, I’d take off and go to Chicago and come home with boxes and boxes of records and play what they called progressive music... but what your mainstream, straight people called “gay music.”

So then I started doing "gay music" for the mainstream. DJs would come across town wondering what the heck was going on, because the music was house, techno. But then, we got introduced to second generation DJs after that, and on it went, and that’s the story of Detroit house.