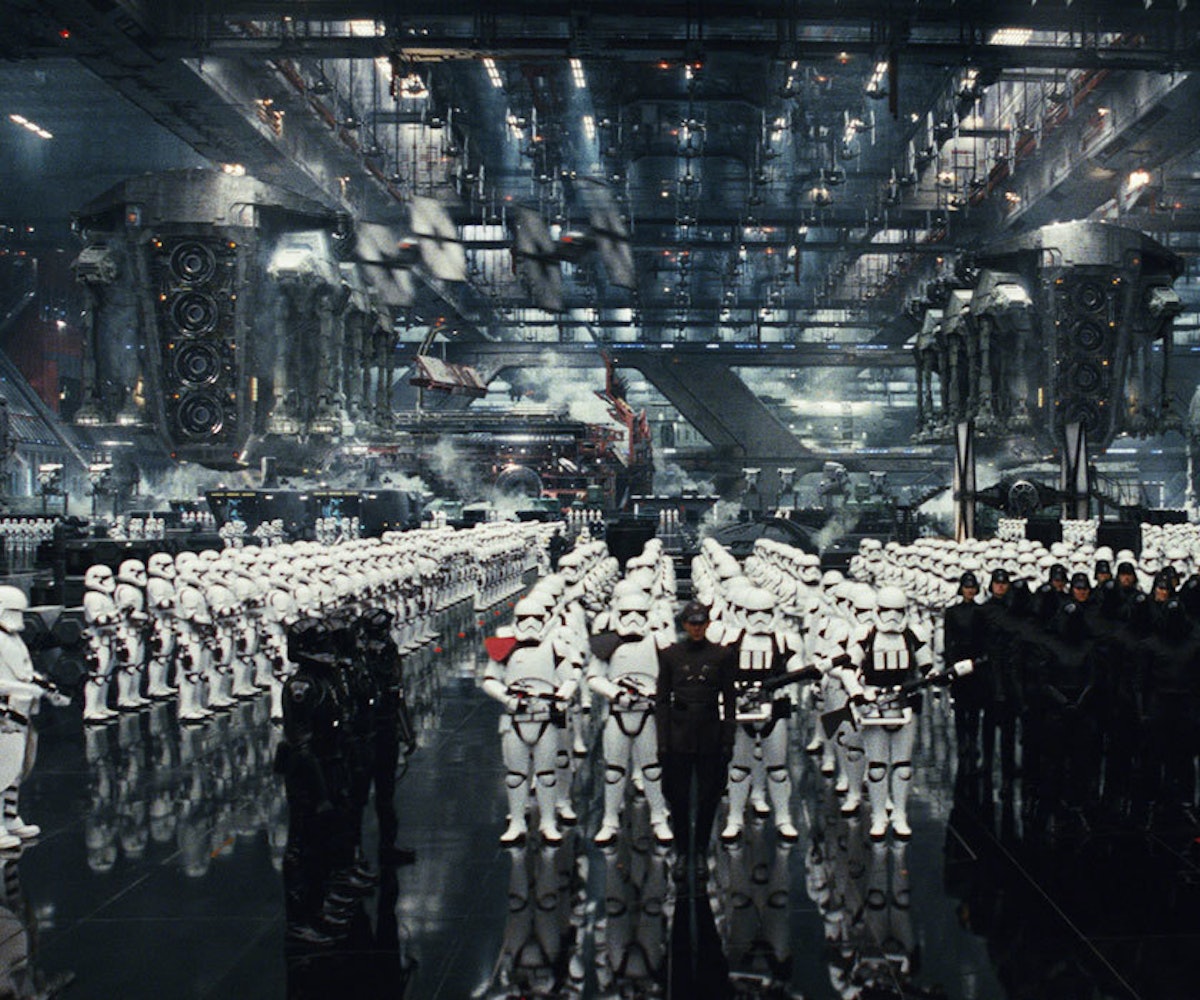 A long time ago in a galaxy far, far away... Star Wars was an alt-right propaganda. Oh, wait. That galaxy is ours, and the time is now. Great.

An alt-right group with a name that sounds eerily like a Fall Out Boy song title, Down With Disney’s Treatment of Franchises and its Fanboys, has claimed responsibility for Star Wars: The Last Jedi's poor Rotten Tomatoes score. As of this article, it currently sits at 54 percent audience approval; meanwhile, it scored a big, fat A from CinemaScore. This disturbance in the Force is annoying.

A moderator for the group is bitter over Disney introducing more female characters to the Star Wars universe, believing that "men should be reinstated as rulers of 'society.'" Speaking to The Huffington Post, this individual shared they aren't here for the attack on Commander Poe Dameron (Oscar Isaac)'s masculinity and the "man-splaining movement." They suggested both Poe and Luke Skywalker (Mark Hamill) are in "danger of turning gay," too. Apparently, this group believes Lucasfilm and Disney are pushing their feminist and gay agenda into a universe they're hell-bent on destroying. "[It] erases everything the Extended Universe ever did," they say.

Okay, fanboy. The Last Jedi is a great movie that does well to use the previous seven films as a jumping-off point to create a new order. The film's tongue-in-cheek negs toward the "laser swords," and its self-awareness puts the franchise in a fabulous spot—there's a real future for the Jedi and lifeforms among the stars. Plus, watching General Leia Organa (Carrie Fisher) and Vice Admiral Amilyn Holdo (Laura Dern) put the trigger-happy Poe in his place, because they ultimately knew better, is an absolute delight. If this fanboy and his alt-right supporters wanted a rehash of the original trilogy, they should just watch The Force Awakens.

Now, Star Wars is tainted by the unnecessary negativity of the alt-right—just like Pepe the Frog and, well, Taylor Swift have been, both of whom became symbols for the alt-right movement without permission. "I'm sick and tired of men being portrayed as idiots," the moderator says. "There was a time we ruled society and I want to see that again. That is why I voted for Donald Trump."