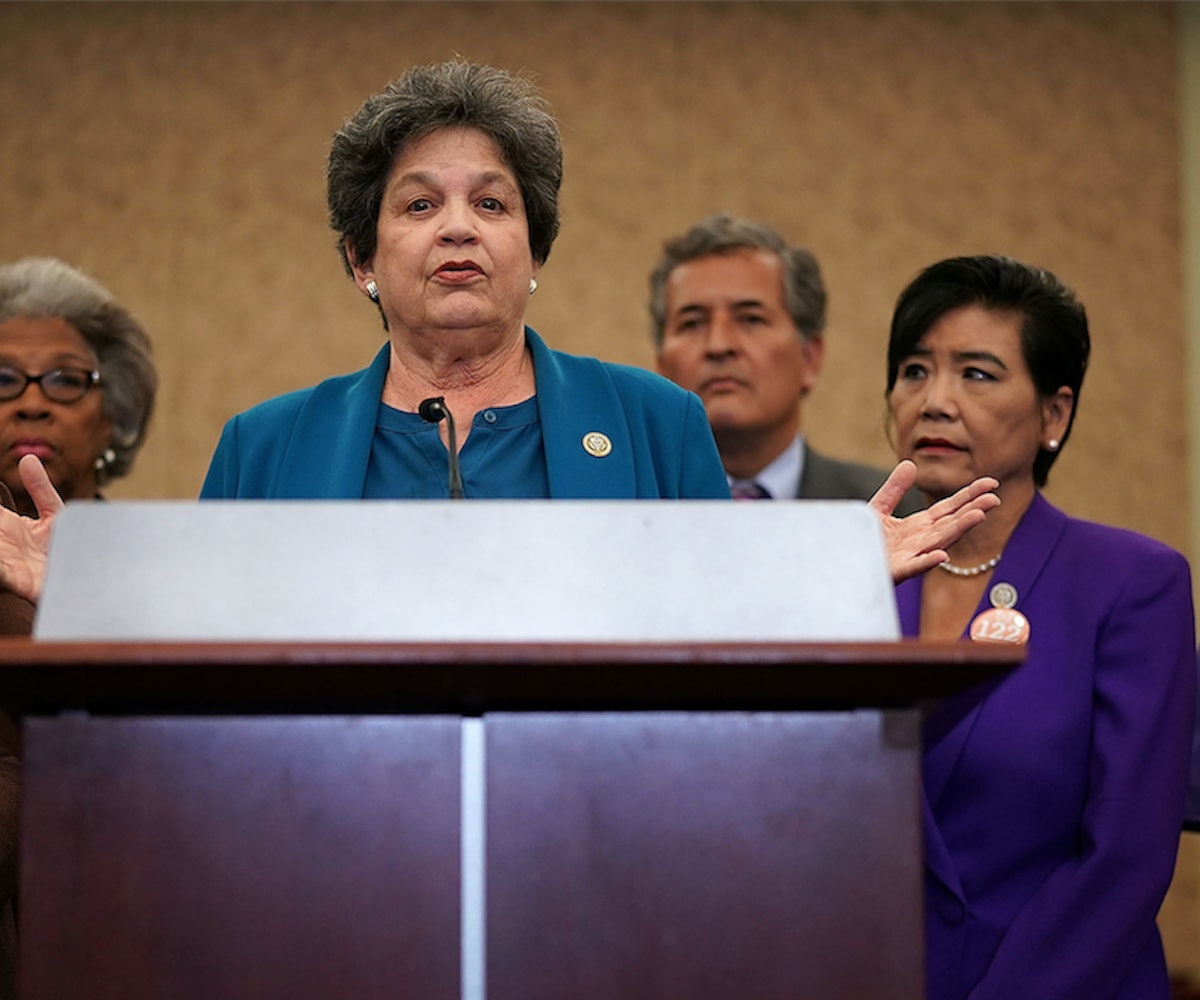 With State of the Union Address a few weeks away, it has just been revealed that, following in the footsteps of celebrities at this year's Golden Globe Awards, some female Democrats plan on wearing black to the annual event in support of sexual assault victims and gender equality. Florida representative and leader of the Democratic Women's Working Group, Lois Frankel, told The Hill that the decision was made in order to "continue the conversation about sexual harassment in the workplace, about disparity of salaries where people work in the same job, and also getting paid for the value of your work.”

But that's not all—some Democratic House members have invited survivors of sexual assault and advocates as their guests in order to raise awareness about the issue. It's bold statement directed at Donald Trump, who has been accused of sexual misconduct by 19 women. It was also reported that there was even a "discussion" about inviting women with allegations against Trump, but that the idea was reportedly "killed."

This shouldn't come as a surprise. Just last month, a group of female lawmakers led by Frankel demanded that Congress launch an investigation into allegations against Trump.

It's unclear who will be in attendance, but we will just have to wait and see when January 30 arrives.