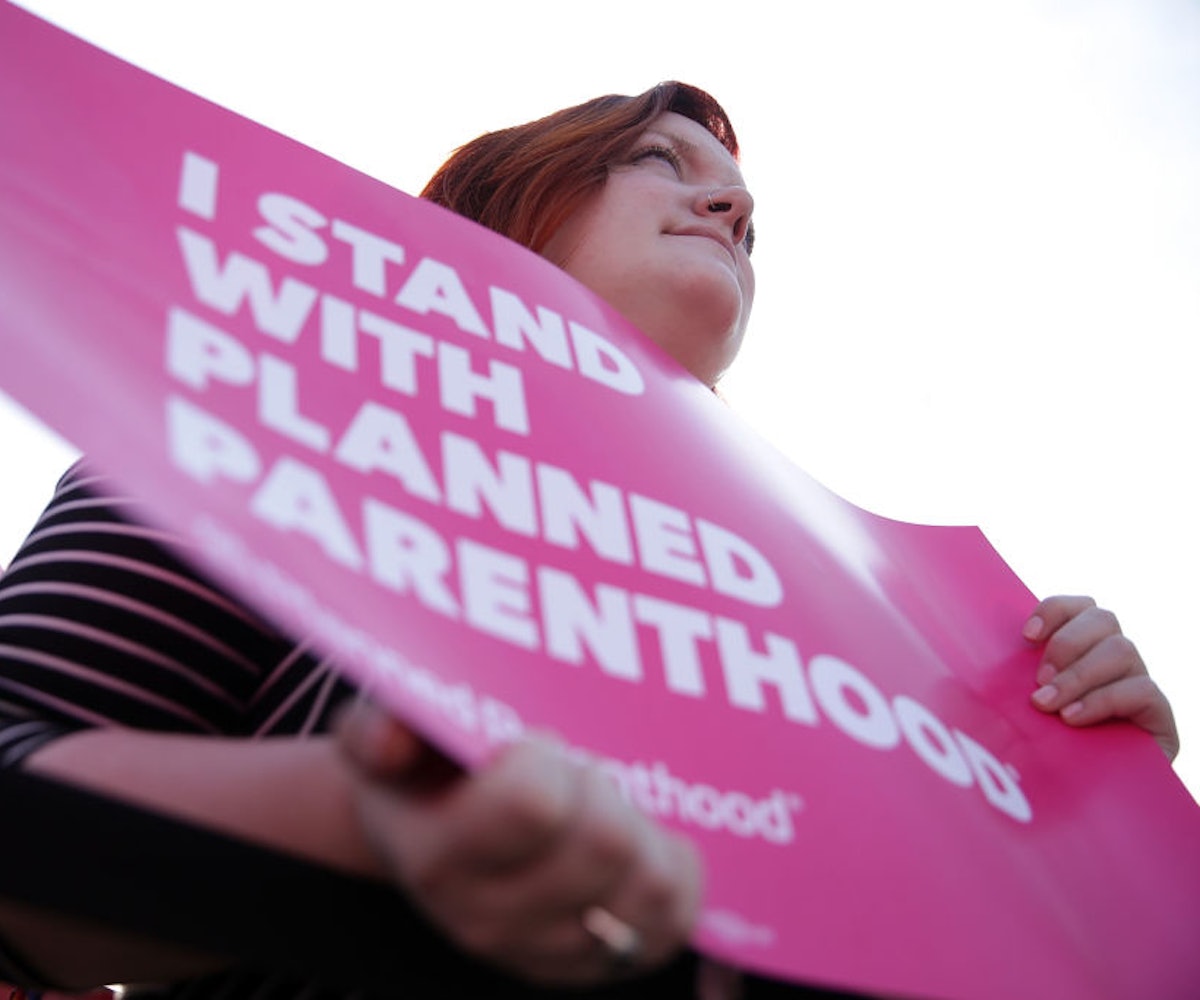 Recently, Republican Representative Steve King of Iowa tweeted the following statement: "We can't restore our civilization with somebody else's babies." The remark was made in support of a Dutch nationalist running for office in the Netherlands, but it is aligned with King's long-professed philosophy that Americans are apparently in danger of losing "our culture and our civilization," thanks to the fact that people now routinely use birth control and women have a legal right to choose what to do with their own bodies when it comes to their pregnancies.

And while King never comes right out and says that what he means by "our culture" and by "we" is white Americans, considering that his supporters include former KKK leader (and vocal Trump supporter) David Duke speaks volumes. There's also, of course, the fact that King himself confirmed in an interview with Chris Cuomo on CNN that he absolutely did mean exactly what he tweeted, and that he wants to protect the Western European identity, which he clearly equates as being American, from what he perceives as outsiders, aka people whose skin color and/or religion doesn't align with his own. (And lest you think King's bigotry is limited only to contemporary people of color, King also tried to block the decision to put Harriet Tubman on the $20 bill.)

In the interview with Cuomo, King also reiterated a long-standing point of his, that the reason "American culture" is so threatened is because "we've also aborted nearly 60 million babies in this country since 1973." King is as ardent in his anti-abortion beliefs as he is in his anti-birth control beliefs, and it's important to make the connection between white supremacists and patriarchal desires to oppress women by essentially making them into baby incubators. This desire is a key feature of fascism (and Nazism), and its inclusion in the current Republican mainstream is a clear indicator of the only people who Republicans really care about: white men.

And while it's not untrue that this has long been the case, the lack of reservations people like King now feel at expressing their bigoted views can sometimes feel surprising, nonetheless. The only silver lining here is that at least people like King are easier to identify, and, hopefully, defeat in future elections.